It has only been a few years since Son Little’s previous album, but a lot has happened in the interim. Intensive therapy initiated by sexual abuse as a youngster helped Little (born Aaron Livingston) deal with a troubled past. He says in the promotional notes that “[t]his is the first time I’m making music for the pure joy of creating.”

He goes back to basics by recording the vast majority of instruments himself. Each song is apparently sung by a different personality, revealed through his recent exhaustive analysis. This may seem overly complex or even pretentious, but Little’s voice and a melodic sense that combines blues and classic R&B, with a bit of hip-hop into something that feels organic, charges these dozen homemade selections.

A few stand out. On “stoned love” he slides into Marvin Gaye’s seductive mood on one of the most hypnotic and tuneful compositions of his four-album career. He croons with just skeletal guitar and minimal keyboards on the bedroom ballad “Gloria” and looks to Stevie Wonder’s more passionate side for the sweet desire of “bend yr ear.” There’s more than a little Prince to Little’s approach, specifically in the dark, oozing R&B of “deeper.” It’s a mostly downbeat collection but the songs are so obviously earnest with instantly memorable choruses, that the album never feels languid or lazy.

The stripped-down nature of the recording, including the use of generally tacky-sounding drum machines, is more charming than cut-rate. Credit Little whose grainy, never overdone or undercooked voice, nails the groove. Still, when the tempo moves from barely there to rocking on “Playing Both Sides,” the effect is intense and powerful with just enough Prince attitude to push it over the top.

This is soul music of the most raw and affecting type; naked but brimming with more feeling than the majority of today’s stars in the genre whose elaborate productions can’t touch Son Little’s cottage project for purity and emotional clarity. 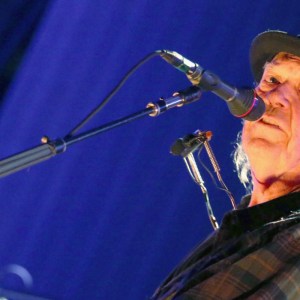