Double Fantasy, what would be John Lennon’s final album, was chock full of odes to domestic bliss alongside Yoko Ono. Shedding any pent-up aggression at his former bandmates, the state of the world, or any of the other soapboxes he stood on across his previous records, the 14 tracks on Double Fantasy saw a softer, more at-peace Lennon take the wheel.

Though unfortunately they now have an air of sadness about them, given his death a month after the album was released, these songs remain some of the most thought-provoking and emotional records he ever put out—a testament to what might have come from Lennon had he had more time.

His blithe state of mind was reflected in tracks like ‘Watching the Wheels,” which documents his time away from the limelight; “Woman,” a love letter to Yoko; and “Beautiful Boy (Darling Boy),” an emotional track about fatherhood.

“Beautiful Boy” has become a sleeper hit for Lennon. Though it might not have the same immediate impact that “Imagine” had, it has slowly but surely become one of his signature songs. In honor of the late icon’s birthday, we’re going through the meaning behind “Beautiful boy (Darling Boy)” below. Grab your tissues.

The years leading up to Double Fantasy saw Lennon and Ono’s relationship hit the rocks. From 1973 to ’75, Lennon had an affair with his assistant May Pang, split his time between New York and Los Angeles, and raised some hell with the likes of Harry Neilson and Keith Moon.

Soon after, Lennon and Yoko began working out their differences and welcomed a “beautiful boy,” Sean, in October 1975. Whether or not Sean acted as the glue that held the pair together, the following five years were a honeymoon period if there ever was one.

The new addition to their family was the spark of inspiration behind this track which appeared on Double Fantasy and later acted as the B-side to “Happy Xmas (War Is Over)” in the 1982 compilation, The John Lennon Collection.

Paul McCartney has long cited this track as one of his favorites from his ex-writing partner. During an appearance on Desert Island Discs soon after Lennon’s death, McCartney said, “I haven’t chosen any Beatles records, but if we had more than eight, I probably would have. I haven’t chosen any of my records so, to sum up the whole thing, I have chosen one of John Lennon’s from Double Fantasy, which I think is a beautiful song very moving to me. So, I’d like to sum up the whole thing by playing ‘Beautiful Boy.'”

A Song For Sean

The meaning behind the lyrics in “Beautiful Boy” is so moving because it is devoid of any ego. You can tell Lennon was humbled in the face of fatherhood with Sean. Full of heart and soul, Lennon uses these 4 minutes to tell his son how much he loved him and the joy he brought to his life.

The song is primarily a lullaby from a father to a son. In the opening lines, he’s tucking Sean in for the night, putting him at ease that no monsters are waiting underneath the bed, although if they were, he would be there to stop them.

Elsewhere he tells him he can’t wait to see him grow up and become a man, but warns that life can be hard sometimes, but he’ll be there for that too.

[RELATED: 5 Deep Cuts From John Lennon You Should Be Listening To]

This track features some of Lennon’s most enduring lyrics: Every day in every way / It’s getting better and better and Life is what happens to you / While you’re busy making other plans. The first has become a self-help mantra of sorts while the latter makes a case for letting go of all your worries—it’ll all work out the way it’s supposed to.

Though this track has to be a lovely memory for Sean, its deeply relatable lyrics and touching subject matter make it a timeless lullaby for anyone who listens.

One of the most pervasive uses of “Beautiful Boy” comes from the 1995 movie Mr. Holland’s Opus. if you haven’t seen it (though unlikely), the film follows composer Glenn Holland (Richard Dreyfuss) who takes a job at a high school while he works on writing a “transcendent piece of music.” What was supposed to be a temporary position, turned into a decades-long career that changed both Holland and the students forever.

Halfway through the movie, Holland and his wife have a child who is born deaf. With Holland living and breathing music, he finds it hard to connect with his son. He later dedicates “Beautiful Boy” to him as an assuage to all their miscommunication. It’s a real tearjerker and an iconic movie moment to boot. 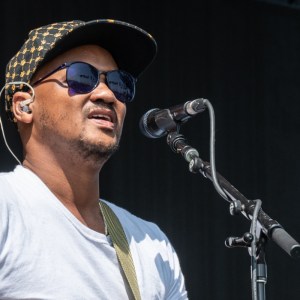 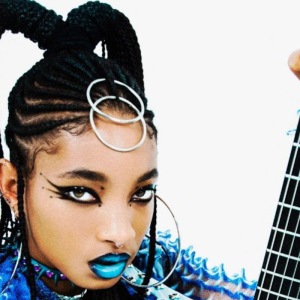