Just a year after the release of Tamara Lindeman’s (aka The Weather Station) highly praised previous album, comes this follow-up. Pre-release material says it’s a companion piece to the 2021 set with songs written at the same time. One of these, “Innocence,” even became the title of the first disc.

Those who appreciated the pensive, introspective nature of Innocence will find more of the same here. Stripped down to a shady, stark, skeletal percussion free acoustic combo, the curiously named How Is It That I Should Look at the Stars’ (note the lack of a question mark) ten contemplative, almost wincingly personal slow songs reference similarly styled works like Laura Nyro’s New York Tendaberry or Joni Mitchell’s Blue. Lindeman describes it as “a quiet, strange album of ballads” where she accompanies herself on acoustic piano (sometimes solo), and the five backup musicians stay on low boil.

There aren’t any catchy melodies, the song structures are loose, often amorphous with a stream of consciousness flow, and the muted ambiance of the 32 minute, live in the studio set isn’t for everyone. Lindeman’s trilling voice is similar to that of Kate Bush as she unwinds these pieces at a pace best described as snail-like. One word track names such as “Marsh,” “Taught,” “Ignorance,” “Stars,” “Sway” and simply “Song” also allude to the plain, bare trees approach.

Besides a romantic duet with Ryan Driver on “To Talk About” with the lyrics Nobody wants to drag themselves through the endless ruins of all there is in this world that is not love, this is all Lindeman’s show. Her often dreamy concepts and ethereal voice join for a sensitive stroll through inner insecurities, thoughts, and memories, some quite dark (“And it’s so painful how everybody lies” from “Endless Time”) yet all exquisitely detailed.

The intimate musical moments are best absorbed alone, with the lights out and at night for fewer distractions. Even then, the downbeat vibe may become tedious for those not ready to sink into Lindeman’s somewhat monotonous mindset.

The hushed, intricately recorded audio makes the listener feel like the clichéd fly-on-the-wall as Lindeman and her band play music as if no one is around and the tapes aren’t running. That’s a difficult task, but one this album accomplishes with class and style and an honest intimacy impossible to dismiss. 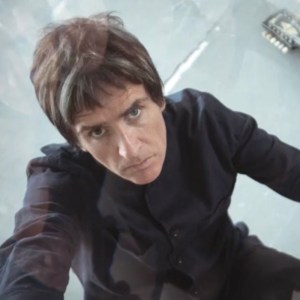