Toto/With a Little Help From My Friends/Mascot
3.5 out of Five Stars

There have been other Toto live albums of course, so in theory, the idea of a new concert collection by this venerable band isn’t necessarily anything new. However, the Toto spotlighted here, on the appropriately dubbed With a Little Help from my Friends is, in fact, a new manifestation of a band that originally evolved out of a group of storied session players. While the current line-up retains guitarist Steve Lukather and singer/keyboard player David Paich, the majority of the group consists of more recent recruits drafted to fill out the roster following the migration of earlier key members and, sadly, the death of original drummer Jeff Porcaro.

Singer Joseph Williams has helped bring a certain stability and vitality to the outfit, which makes the release of a new concert collection an appropriate addition to the band’s already well-stocked catalog. Williams’ vocals add a soulful sensibility to the group’s endeavors, and on a song such as “Pamela,” it effectively underscores Toto’s pop appeal. Horns, a relatively recent additive, also manage to fill out the sound, and indeed, the group’s reputation as a slick, precise ensemble remains secure. That said, they occasionally veer towards a slightly harder edge as well, as manifest in a newer song, “Till the End,” and deep cuts “White Sister” and “Kingdom of Desire.” Lukather helps ensure that viability, at times eschewing their pop proficiency by bowing to the fact that certain songs are still vital to their stocks and trade.

We’re doing this song because we have to, Lukather insists during the introduction of “Hold the Line.” Nevertheless, the edge and agitation finds a consistent fit with the repertoire overall.

For the most part nowadays, Toto comes across as a well-tuned, formula-fueled and decidedly reliable rock band, even while finding room in the repertoire for material written during the earlier incarnation. Get off your coaches at home, stand up in your pjs, Lukather commands before leading the band into “You Are the Flower,” an older Toto chestnut penned by original vocalist Bobby Kimball. By describing it as one of his favorite Toto songs, he provides further assurance that the respect remains intact. Lukather’s own band standard, the ballad “I Won’t Hold You Back,” accomplishes the same effect, with the band’s harmonies further affirming the ties from past to present. So too, “Stop Loving You,” a song he describes as a major hit all over the world except in the U.S., where it was never released as a single, is well-chosen as well.

Naturally, “Rosanna” is mandatory, although ending the evening by providing “With a Little Help From My Friends” is clearly more of a nod to Lukather’s regular role in Ringo Starr’s All Starr Band than any other tie to Toto. That said, it clearly emulates the Joe Cocker rendition rather than the Ringo original.

Still, the band’s devotees would be well advised to consider this an essential acquisition. The DVD adds an intriguing documentary, further assurance of the connection between past and present. When considering a roll call of accomplished ensembles, one ought to include Toto too. 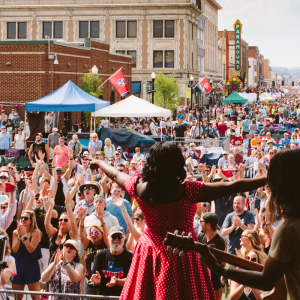 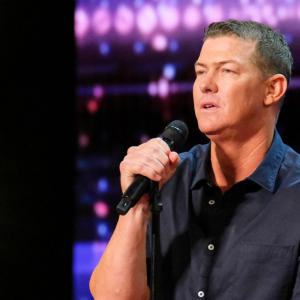