Riding out the pandemic surrounded by friends and family in his hometown of Shreveport, LA, Willie Jones prefers to see the lighter side of things. Even in darker times, music has been a life force for the Louisiana-born artist, and while it may not be the most opportune time to release a debut album, that’s exactly what Jones did with Right Now.

“Music and stories are keeping the world going around,” says Jones. “It’s a pretty strange time, but at the end of the day, I’m still excited because music will continue to bring some relief and send out positive vibes into the world.”

In his early years, Jones devoured gospel, R & B and hip-hop, but wasn’t swept away by a deep love of country until his teens. Watching his preacher father sing in church, Jones knew his destiny would be the same, and he quickly followed suit. As his voice began to mature in high school, growing into a deeper baritone, Jones started performing more and more often. He eventually became hooked on country after winning a talent show for his cover of Josh Turner’s “Why Don’t We Just Dance.”

By 17, Jones landed a spot on Season 2 of The X Factor, where he impressed judge Simon Cowell with his rendition of Turner’s “Your Man,” and moved forward in the competition under the wing of show mentor Demi Lovato. Years later, Jones appeared on the Netflix series Chasing Cameron, went on tour with Shawn Mendes and enjoyed a standing ovation at Ryman Auditorium on back-to-back nights during his September 2019 performances with Dwight Yoakam.

Though he didn’t retain his winning streak on The X Factor, losing out to Tate Stevens in the end, Jones continued fine tuning his vocals and effortless storytelling, while experimenting with his own blend of country, hip-hop and R & B that would eventually play out on Right Now.

Full of observations of life and deep contemplations on current times, Right Now is fired up from the opening “Country Soul” and unhurried “Back Porch”—a song initially conceptualized while sitting on the back porch of a friend’s house in Thompson Station, Tennessee—through the slower crooned “Down For It,” which gained nearly eight million Spotify streams from its original version.

Originally penned during writing sessions in Nashville and Los Angeles in 2019 with Essancy, Nicole Croteau, David Mohr, Clifford Harris, James Scheffer, David Siegel, and Lamar Edwards, the single also features rapper T.I. in two additional Right Now remixes by JD Walker and MyGuyMars. “When the original ‘Down For It’ dropped,” says Jones, “it was no doubt inspired by not only my love for love itself but one of the best rappers out the south, T.I.”

Despite the initial success of “Down For It,” the album itself is not focused on the past or future, but on the present moment. It includes tender tracks like “Actions,” the only song written solely by Jones. It also offers free flowing tunes like “Drank Too Much” and “Whole Lotta Love.” The uptempo “Trainwreck,” Jones’ first heartbreak song, changes the mood with pops of banjo, electric guitar, and a girl who crushed his heart like a beer can.

“It’s just feel-good songs that represent where I was at the point of writing and recording it, and just being present and in the moment,” Jones shares. “It’s about not being worried about the future, the past, or being anxious—just being in the present. When you’re in the present, you can control your future. It’s important to just be present, and right now I’m finally dropping this album.”

Reevaluating the “American Dream” in today’s times, Jones reflects on the state of the country now. Originally written around the Fourth of July in 2020 as the country began to unravel with protests and political unrest, Jones found himself struggling to embrace the meaning of red, white and blue in America, and living in the land of the free and the home of the brave as a black man following the death of George Floyd.

“American Dream” is Jones’ patriotic pledge for more open conversation on racial injustice and a call for change. “I always wondered what a country patriotic anthem sounds like coming from a black person, but I’ve never really got around to writing one,” says Jones of the track, co-written with Jason Afable, who also produced the track along with Alex “Lex” Goodwin (Nelly, Jason Derulo), and Josh Logan. “This year, a lot of things have been revealed to people on a mass scale when it comes to black relations in the world. I wanted to write my own patriotic song. I’m American. I’m born and raised here. My family and my ancestors helped build this country.”

Singing “Proud to be a black man / Livin’ in the land of the brave and the free / Yeah I’m all-American / And that American dream ain’t cheap,” “American Dream” is Jones’ elegy on the state of the world. However, it’s also a call to action for America to pick itself up, fix what’s broken and make things right. Jones specifically addresses the struggles of black Americans throughout the centuries in powerful lyrics: “Some people can’t breathe for the flag / Had to take a knee for the flag / I really wanna ride for the flag / But I gotta keep an eye on the flag.”

“When I saw the final edit, I knew this was my most important statement to date as an artist,” shares Jones. “It’s going to make people think and understand how I see our country, our collective past, and our future. It was captured perfectly, the emotion, [and] the message being relatable to so many.”

In honor of Martin Luther King, Jr. Day, Jones also partnered with The National Museum of African American Music for its #IHaveAnAmericanDream initiative, around the release of the single to share American dreams for a changed future.

“‘American Dream’ is a true patriotic anthem through my eyes,” says Jones. “It’s a story about my love for the country that my ancestors built, honoring those who have come before me, and having faith with those who stand with me in taking America forward.”

With so many people contributing to his work, Jones enjoys structured, collaborative sessions in Nashville. However, once the vibe is set, Jones likes to freestyle verses and choruses to fill in the blanks on each track.

“I love getting in with different people and relating on different subjects and just formulating something that’s always dope,” says Jones. ‘Typically, I enjoy all the songs that I get into, even if it’s something that I have to revisit. It’s cool to collaborate with people and that’s what I love about music in general. You get to work with people who bring new ideas to life.”

Honing his craft as a performer and a writer, Jones, now 26, has learned to let go and just tell a story. His songs come from different places—a TV show, a song title or any small life experience.

“It’s always a different process,” says Jones. “Usually, it’s a melody or song title first. Then, I just get in and freestyle or go back to my notes, if I wrote something down. If I’m working with co-writers, when we talk about life, something will always come up.”

Jones knows that both he and his music are still evolving. “I feel like I’ve gotten a lot better putting in my work, and putting in my hours,” says Jones. “I’m not afraid to write anymore, especially with ‘American Dream.’ That song was one that challenged me with the pen and just inspired me to broaden what I write about.”

Residing predominantly in Los Angeles, Jones goes back and forth to Nashville for work, but Louisiana is always home. It’s a place that extracts the deeper essence of his music. “A lot of my family is where most of my songs stem from,” shares Jones. “It’s the structure of what I’m talking about. Louisiana is always where I’m at, musically and mentally.”

First and foremost, Willie Jones knows he’s a country artist, but he doesn’t think in genres when telling his stories.

“I know I’m country, but I just really write how I feel,” says Jones. “I just do Willie Jones, regardless if I’m rapping in one song, singing a straight-up country melody in another, or switching over to something else in production. I’m inspired by artists who are always being themselves. Comparison kills. I just do me, whether it’s musically or how I present myself physically. Just be yourself. At the end of the day, it’s art.” 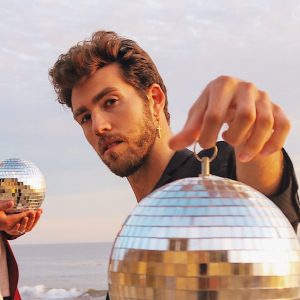 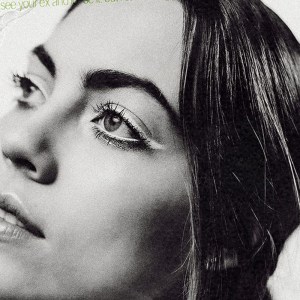