Riley Green wanted to grow his hair out a bit, go fishing a little more and finish working on that broken down barn he’s been staring at for far too many years.

But the last thing he wanted to do was write a song about the surging pandemic.

Quarantined in his home state of Alabama with a pen in his hand, he had no intention to dwell on the chaos and the confusion or the fear and the frustrations of those early days of COVID-19.

“I wanted the song to live beyond the pandemic,” the newly crowned ACM Awards’ New Male Artist of the Year quietly tells American Songwriter during a recent interview about writing for his new EP If It Wasn’t for Trucks. “I wanted to create a message that was pretty universal. When things are bad and look awful, you need to try to find the positive in it.”

And that’s exactly what he did when he sat down with fellow songwriters Jordan Fletcher, Ray Fulcher, Charlie Muncaster and Gary Stanton to write “Better Than Me,” an eye-opening anthem that speaks of the unrelenting journey through unexpected solitude, while at the same time, handing things over to a higher power when your world is crumbling down. And if that wasn’t good enough, Green then went and added the vocals of the legendary Randy Owens.

“I sent it to him and he loved it and said he wanted to be on it with me,” recounts Green, whose ties with the Alabama front man go back to their ongoing allegiance to their shared alma mater Jacksonville State University. “It was kind of an accidental thing but he’s such a legend and such a great guy. It’s cool for me to have a song with him on it.”

The song and the collaboration showcased on “Better Than Me” certainly serves as a standout on Green’s new EP If It Wasn’t for Trucks, released Sept. 11. While “Better Than Me” was the only song written during the coronavirus quarantine, the EP also includes four songs that come from Green’s constantly growing songwriting catalog.

‘The time we have had off the road was a good time for me to go back and look at songs and see what resonated with fans,” explains Green, who co-wrote each song on the EP. “‘Jesus and Wranglers’ was written a year ago with Randy Montana, Brad Warren and Brett Warren. And ‘If I Didn’t Wear Boots’ was supposed to be my first single off my first album Different ‘Round Here.”

And then there was “If It Wasn’t for Trucks,” an emotional hammer drop of a song that serves as a worthy follow-up to 2019’s GOLD-certified hit “I Wish Grandpas Never Died” and a song that has long been quite the sensation on YouTube.

“I mean, we had 2 million views on ‘If It Wasn’t for Trucks,’” Green said regarding the song that was written just over a year and a half ago. “Things like that just can’t be ignored.”

And make no mistake – the impressive talents of this 31-year-old shouldn’t be ignored either.

The man with the hearty Southern accent that still addresses people by ‘sir’ and ‘ma’am’ has established a brand thus far in his career that conjures up the authenticity of the legends that came before him, and a track record that has him earning titles such as Best New Country Artist from the iHeartRadio Music Awards for Best New Country Artist and Breakout Artist of the Year from MusicRow in addition to being selected for the prestigious CRS 2020 New Faces Class.

It’s a lot to emotionally take in.

But lately, he’s been allowing himself to do it.

“I don’t know how anyone can have this much of a change in lifestyle and put on pause and not do some reflecting,” reflects Green, who signed with BMLG Records back in 2018. “The extra time has given me a chance to look back on the accomplishments. I don’t know if I would appreciate it all as much in the hustle and bustle of normal life.”

For Green, normal life these days includes everything from building a garage to spending a bunch more time hunting in the woods. He’s also doing a whole bunch of songwriting… a little differently than ever before.

“I write with a little more purpose now,” admits Green, who will perform “I Wish Grandpas Never Died” at the ACM Awards on Sept. 16. “There was a time I wrote songs as a hobby but now I write towards what I need, whether that’s something I need for a record or something missing from our live show or simply to tell a story about who I am and where I came from.” 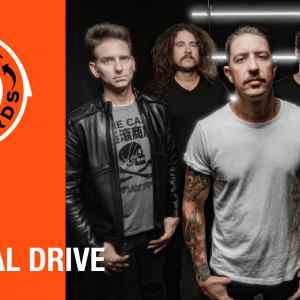 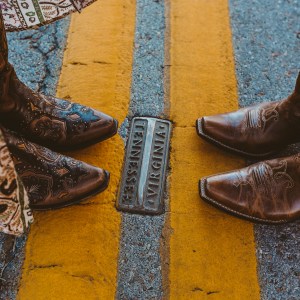