VOS, a quartet of U.S. army soldiers, shares the healing power of song

Rise, the debut EP from Voices of Service (VOS), is being released today. Produced by David “DQ” Quinones and Johnny Black, Rise will be issued as a digital download via online retailers and major streaming platforms starting now, July 17. 2020.

The EP features “Raise Your Voice,” a new original written by all four band members along with DQ and Johnny Black as well as their interpretations of songs made popular by Katy Perry (“Rise”), One Republic (“Choke”) and Kodaline (“Brother”).

Vocal tracks were recorded at Arlington, VA’s famed Inner Ear studios (which had its own episode in Dave Grohl’s Sonic Highways documentary series). Instrumental tracks were laid down by Johnny Black in Nashville with CAMMO member Mike Hamilton adding drums to “Raise Your Voice” in Arlington. All four performances are uplifting and inspirational, or, as group member Hanna said, it’s, “music that you can feel down to your soul.”

Voices of Service are a part of the nonprofit Center for American Military Music Opportunities (CAMMO). For the past seven years, they have utilized their performances to increase awareness of the therapeutic impact that playing music can have on service men and women who are coping with post-traumatic stress and other invisible/visible wounds.

Their success on America’s Got Talent helped promote national awareness of the struggle active members of the Armed Forces, veterans and their families often experience during as well as after their service.

Green, Henry, Rheams and Hanna had all been working with CAMMO in different capacities when they were invited to perform the National Anthem with a choir as part of ceremonies held at the Women In Military Service for America Memorial at Arlington National Cemetery. They would be part of many more performances at events CAMMO participated in, and the chemistry between these four in particular sparked, then blossomed until it was undeniable and VOS.

All four have been involved with CAMMO’s many service programs which include hospital outreach programs: delivering Music as Therapy for servicemen and women who are coping with post-traumatic stress, and traumatic brain injury, (one of Henry’s duties); CAMMO Kids (of which Rheams is Director); Life Support Coaching (one of Hanna’s roles); providing CAMMO performers to participate in appropriate public events (Green is brand ambassador for events and partnerships); songwriting workshops; musical mentoring; and many more.

A percentage of their performance fees are donated to support CAMMO’s various programs. The Center for American Military Music Opportunities was founded in 2009 by Cathie Lechareas and Victor Hurtado. They wanted to offer career guidance and artist development to veterans and active service members interested in pursuing music industry careers in production, recording, management and other related music careers as well as other services to the greater community of veterans, active service members and their families.

Voices of Service are exemplars of the excellence that exists within our military and veteran communities and are an inspiring example for the nation that they serve, have served, and continue to serve through music.

For more info on VOS and CAMMO, go to the socials below, or to www.cammomusic.org 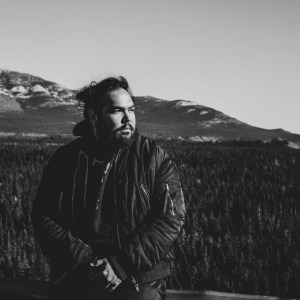 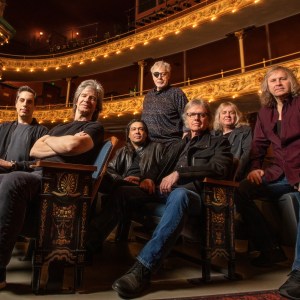