Wanna know a secret? Lydia and Laura Rogers, the golden-voiced siblings behind The Secret Sisters, can do a lot more than sing. On Put Your Needle Down, the Rogers show off their writing chops, too, filling the songs full of mid-century country melodies and sassy turns of phrase. We tracked them down to see what other secrets might be lying up their vintage sleeves.

You grew up in the south, and your music reflects that. Why record this album in Los Angeles?

Lydia Rogers: We still live in Muscle Shoals, but we really wanted this album to move in a new direction. Going to L.A. got us out of our home and into someone else’s. T Bone [Burnett] is out here, too.

T Bone was involved with the first record, but this is the first time he’s produced an entire album for you.

Lydia: On our first album, he helped with mixing, mastering and overall career guidance. He was really good about helping us make a statement about who we were as artists. This time around, we decided it just made sense to do a record with him from the ground up. There’s a reason everybody respects him. He’s brilliant in the studio.

What else has changed?

Lydia: This time, we wrote most of the songs. I think we only had two original songs on the first one, so we’re trying to prove ourselves as songwriters here. It’s a darker sound.

Laura Rogers: On the first record, we were still so new and inexperienced with everything. That was a really beautiful moment, because our fans were able to follow along as we grew. We sounded really sweet and angelic and southern. This time around, everything is bigger and heavier.

Laura: We got into the sound of early rock and roll. Louder drums, louder instrumentation. Our vocals have developed over the past couple years of touring, too, and we’ve learned how to make them more emotional. It’s almost a Southern gospel feel.

Your voices are still the focal point, but this record shines a spotlight on the band, too.

Lydia: That’s for sure. We were just an acoustic duo on our first record, and all we would play during a live show was an acoustic guitar. People loved that. We had an amazing band for this record, though, and we’ve decided to tour with a band from now on. We’re focusing on making the sound more uptempo. The songs are still sad … now they’re just fast and sad.

Laura: We’re young and we have an energy about us that we won’t have in 20 years. When we’re 50, we can play the slow, relaxed stuff. But right now, we want to be sassier and a little more youthful.

Why didn’t you write more songs before this album? “Tennessee Me” is an original tune, and it was one of the highlights of your debut record.

Laura: When we first started the band, we didn’t hardly have any songs of our own under our belt. The ones we had weren’t very good. We were pushed … no, not pushed … we jumped into things really quickly, making a record and touring and promoting it, so we didn’t have a lot of time to write songs. We wanted to prove ourselves this time. We made the time.

Do you miss doing covers?

Laura: We still do them. People have always compared our harmonies to the Everly Brothers, and we’re really inspired by them. It seems really easy for us to do an Everly Brothers cover, though, so we’ve avoided it until now. There was one day in the studio where we were taking a break, and the two of us had a show the next day, so we were rehearsing out in the stairwell. We were running over “Lonely Island,” which we love playing live, and we didn’t realize that T Bone was standing just around the corner. We finished the song and he peeps around the corner and goes, “Girls, we have to track that song.” It ended up being one of the most beautiful tracks on the record, though, and it’s nice to pay tribute to our favorite harmonizing brothers. We’re obsessed.

You’ve always used analog equipment, which helps give your music an old, WWII-era feel. Doesn’t it get hard working with all that tape?

Laura: We had moments where the tape machine would act up, and we’d have to get someone to come fiddle with it. But I feel like that’s such a great way to capture sound. We don’t understand anything about production, but we know that the style of music we play is better when it’s recorded that way, with lots of reels of tape and old microphones. We recorded the album basically live, and I think that lends itself to capturing really honest, pure feelings. That’s how we did it before, and we did it that way again. 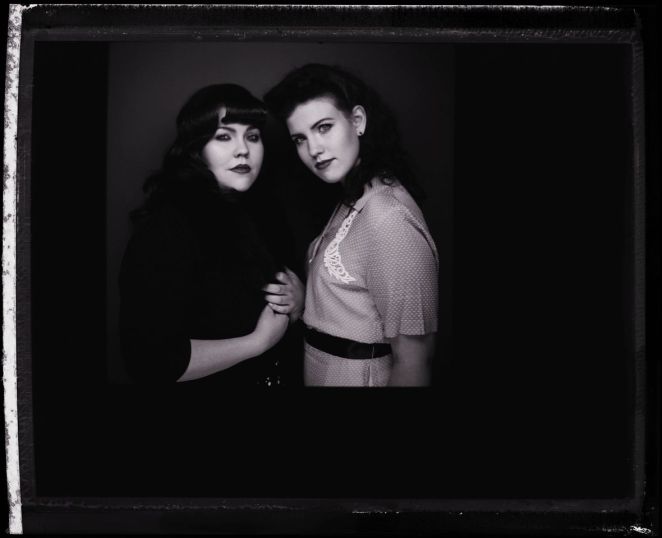 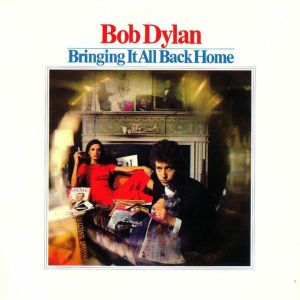 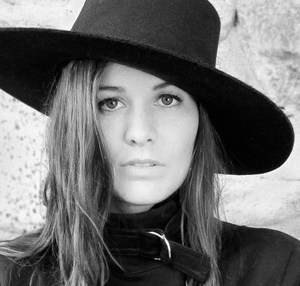