For a man who has long been able to put into words what so many others simply could never express, Rory Feek has found himself rather speechless as of late.

He refers to it as his very own ‘profound awakening.’

It’s an awakening that took years to materialize and it’s a realization that could very well change the trajectory of his career. And, if he’s truly being honest with himself, it’s a feeling that he is still having trouble believing. Because for the first time in forever, Feek finds himself craving the spotlight he once tried so hard to hide from.

Set for release on June 18, Feek’s upcoming album Gentle Man is a 14- song collection recorded last fall that will not only serve as his first solo album, but his first album since the passing of his wife and Joey + Rory bandmate, Joey Feek, five years ago.

“I’ve already been part of the greatest story I could ever dream to be a part of,” Feek tells American Songwriter in a candid interview from his farm just south of Nashville. “So, it is very hard to imagine that there could possibly be any kind of beautiful story on the other side.”

Granted, there was a time when Feek seemingly indicated that he would never be able to perform or sing without Joey by his side. And frankly, in his 54 years on this earth, Feek has never craved the spotlight.

“It was always about Joey,” he says quietly. “I wanted to help translate what was inside of her and us. But in the last year and a half, I started wondering what it would be like, just being out there myself. What would I sing and what would it sound like?  I have built some confidence. I’m starting to wonder if there is something else I am here for. Maybe God is still writing my story.”

He grows quiet, speaking the rest of his thought in nothing short of a whisper.

“Maybe on that night that Joey and I met at the Bluebird Café, maybe God was somehow saying to her, ‘he thinks he’s a songwriter and he thinks he belongs only on this barstool writing for other people, but I have bigger plans for him, and I can’t get him from here to there without you,” he says, as silence falls on the pivotal moment. “It’s a pretty profound thought.”

Granted, Feek admits there was no real reason why he felt this moment of time was the right moment of time to begin exploring the possibility of taking this massive step forward.

“We had some time on our hands, which opened up an opportunity to spend time doing things that I haven’t thought about doing before,” says Feek about the creation of Gentle Man. “There was this point when we were in the middle of recording the album when I was like, ‘ok, this is happening.’ And the more we worked on it, the more and more I fell in love with it.”

And with every hour spent in the studio, Feek says he began to feel a change in the air.

“I kind of discovered my own voice when it comes to writing, but I wouldn’t have told you that I had a voice as a performer,” admits Feek, who only wrote two of the album’s 14 tracks. “So, the recording of this album was really an eye-opening thing. Everyone felt like I did have a voice…more than I did. And now, I’m starting to believe them.”

Recently, Feek gave fans a sneak peek into the things to come from him vocally on the new album with his stunning yet understated performance of the Bob Dylan classic “The Times They Are a-Changin’.”

“I’m not the biggest Bob Dylan fan,” admits the ACM and Grammy-winning singer and songwriter. “I mean, I’m an old country guy. But I got texted about the idea of covering the song, and I just went straight to my computer to pull up the lyrics. I didn’t even pull up the video of (Bob) Dylan actually singing it. I just pulled out my guitar and tried to figure out what the chords were, and the way we recorded it isn’t the way he did it. But using those chords, I sang it in my phone, and next thing you know, we were recording it.”

Feek was also struck by the fact that the song, originally written back in 1963, felt so different now.

“The original version was a teenager’s song speaking to the times, but this version seems like it’s more from a grown man’s viewpoint of it all,” Feek explains of the song, whose powerful music video includes a potent cameo from him and Joey’s now six-year-old daughter Indiana. “That new viewpoint really comes through in the music video, whereas it really focused on just how much the onslaught of media not only has affected us as families, but especially how it has affected the children.”

But make no mistake—Feek says he has seen the past, pandemic-riddled year or so as a somewhat amazing time for him to come to the realization of what the rest of his life could look like. 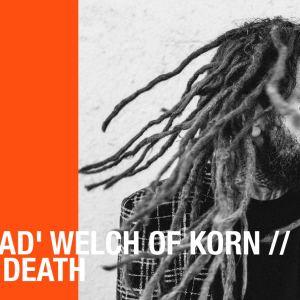 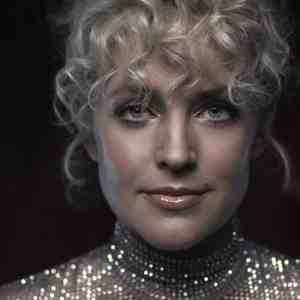