“I never planned to be in the spotlight, my wife [Joey Feek] pulled me in, in 2008,” Rory Feek tells American Songwriter. The couple, Joey + Rory, won hearts as contestants on CMT’s Can You Duet. After placing third, their success expanded beyond the set, landing the duo hit singles, including “Cheater, Cheater” and “That’s Important To Me.” In 2014, they welcomed daughter Indiana. Shortly after, Joey was diagnosed with cervical cancer. She passed away on March 4, 2016.

Set for release on June 18, Feek’s upcoming album, Gentle Man, marks his debut solo album, but also his first project since the passing of his wife and duo partner five years ago.

Feek and his wife met on adjacent barstools at the Bluebird Cafe. “Time Machine,” one of the cuts on the new album, transcends space, returning the artist to this warm memory. The lyrics explain the transportation: To the casual eye it’s a barstool / But it’s really much more than it seems / A few songs and then / I’m with her again.

“About a year ago, after people asked me all the time, I thought maybe I should just go in the studio and see what, if anything was in there,” says Feek. “I was surprised to find out it’s still there. As God will have it sometimes, if you just show up and have faith, it’ll be okay. Telling stories and singing songs was how this all started, so after some time I realized I should do just that.”

The 14- song collection, recorded last fall, serves as a check-in point for the ACM and Grammy-winning singer/songwriter who is stepping into his artistry. Over the last 20 years, Feek has gathered an insurmountable pile of songs. Sifting through to make selections, he sought stories he could tell that relate to his own life, but evoke something universal. He says, “I’ve always been a lover of great songs, more so other people’s songs. “Lifting up others songs was an exciting part of this process.”

“Small Talk Cafe”, though penned by Steve Leslie and Wynn Varble, describes the old soul’s cherished sentiments to a tee. The track, featuring Ricky Skaggs & Sharon White Skaggs, portrays the artist, who drives a 1954 Oldsmobile and lives in a white farmhouse, similar to the one he grew up in. As the owner of three small family restaurants (Marcy Jo’s), this song speaks to his enduring idea of what community feels like—”real social connection, not social media.”

“I still use a flip phone, but am talking to you with AirPods,” he laughs, offering a further explanation. “I try to go back in time as much as possible. But I’m tech savvy. Moving forward and backward at the same time. I don’t have access to my social media, I don’t consume news media, it’s not how I want to interact. This song speaks to my heart. Times are a changin’, and things will have to happen or we’ll be more trouble.”

Another shared sentiment was borrowed from fellow songwriter, Phillip Coleman. Feek heard him play “Out On a Limb,” at what felt like hundreds of songwriter rounds in Nashville throughout the late ‘90s and early ‘00s.

“No one ever recorded it, and I just loved the song,” he says. “It was on of the first I had on the list when I started. I believe in the philosophy that you have to go out on a limb, because that’s where all the great fruit is. Quite often we are standing at the trunk of the tree, a safer position, reaching for fruit that’s already been chosen or picked by the braver ones. So you have to shimmy out to the scary part of the limb to get the good stuff. I live by that.”

“What You Gonna Do With That Broken Heart,” penned by Tim Johnson, brings him back to the Joey days. Feek and his wife sang the song at a benefit for Johnson after he passed away from cancer in 2012. The lyrics speak to the choices available to someone who is devastated and how those choices tell you who you are.

“I watched how he lived his last year, so inspired,” he says. “When Joey passed away, I was highly aware that the choices I make will define who I am. Hard times reveal who you really are.”

“One Angel,” featuring Dolly Parton, is a shimmering highlight of the album, written by Sandy Emory Lawrence as an expression of the pain and frustration that came with losing her dear friend, Joey.

“Sandy did not share the same faith as Joey, but as her friend she watched her pray so hard, and still pass away. So Sandy was angry. She sent in an email one day with a note that said, ‘I needed to write this to get my feelings out in the open, and deal with what I felt.'”

Parton was a hero to Joey, who began singing Parton’s songs when she was just four years old. In the weeks before her passing, Dolly sent Joey a special video message of love and support. When Feek reached out about collaborating on this closing track, he was humbled by her willingness and profound contribution.

“I have my moments, but I’m mostly thankful,” Feek concluded, “But listening to Sandy’s perspective, this was one song, above all, I wanted on this album.” 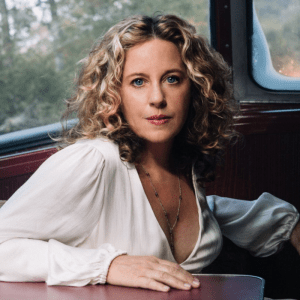 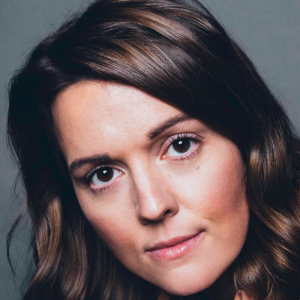