The multi-talented, Russell Jamie Johnson is first and foremost a songwriter, but he has also dabbled in acting, archery, knife-throwing and stunt performing.

His latest single, “Put Me Out,” was written during the time when he lived in Boston. The story comes from a young man who’s head over heels for a girl. He’s so determined to be with her, even though she didn’t want the same.

“When you’re younger, you don’t really realize the things that are bad for you because you don’t have the experience or the emotional maturity yet,” Johnson tells American Songwriter.

This relationship was putting Johnson in the cycle of a mental addict. Because of that, throughout the song, he compares the girl to the habit of smoking. In either situation, the girl or the cigarette might feel good to have around in the moment, but in the long run, it can mentally and physically ruin your life.

“This girl did not care about me at all and I was so desperate to prove myself, that I was killing myself with this idea that I had to be something else,” Johnson says. “For some reason, I still wanted her to come over, even if I was left used and broken when she was gone. I thought, ‘do anything you want, as long as you’re here, I don’t care.’

“That song was written in desperation, but I think it’s really a song about learning to stand up for yourself and know who you are and realize, ‘I can’t keep doing this for you, I don’t deserve that,” Johnson adds.

As a teenager, Johnson started writing songs just after his father, a pilot, died in a plane accident. At that point, Johnson had no idea how much his father’s life would impact the rest of his. “It was pretty sudden and that’s when I started to write, it’s when I wrote my first song,” Johnson recalls.

Although Johnson wishes he had a calling to music early on, he didn’t always know he would end up a musician. “I envy the people that do exactly what they want in their lives, but I guess music transformed itself for me after my dad passed away,” Johnson says.

In addition to being a pilot, Johnson’s father started his own archery company, where he made bows and arrows by hand. Johnson spent much of his time learning about archery as a child, but unbeknownst to him at the time, it eventually turned into a valuable skill to have. “I have been doing archery since I was two years old and I grew up thinking that was normal,” shares Johnson.

Five years ago, Johnson visited New York City with his guitar and a suitcase and he never left. If he was going to stay in New York, he had to find a way to make enough money. So, Johnson found himself working on sets, teaching knife and archery classes to the city folks, who have never learned that skill. Now, residing in The Big Apple, the singer/songwriter spends most of his time writing and recording with his band. “It wasn’t on purpose, but I did fall in love with the city,” says Johnson.

Last spring, Johnson received the opportunity to compete on ABC’s The Bachelor Presents: Listen to Your Heart. “I didn’t go in there thinking I want to be famous. I thought it would be a fun story and a unique experience, so I wanted to at least do it for that,” recalls Johnson.

No matter what turns his career takes moving forward, Johnson says that his work in archery and music is all a homage to his late father.

Johnson’s single, “Put Me Out,” is available for listening here:

Russell Jamie Johnson · Put Me Out 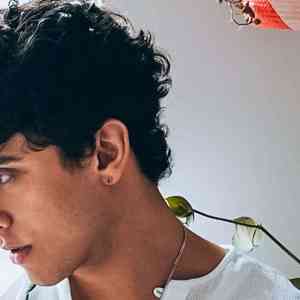 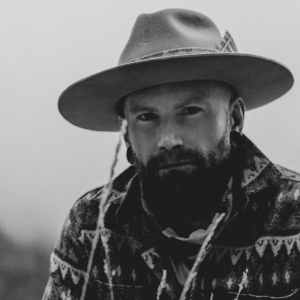