The story of how duo Rylan Brooks came together sounds like one you might see play out in a movie. Warm and comfortable, it makes total sense, yet at the same time, it’s almost too awesome to be true.

Before they started down the musical road together, Nate Rylan and Chris Brooks used to share the actual road. Traveling the country together as commercial truck drivers, hauling cargo and logging miles from Texas to Tallahassee, the two spent countless hours together eating up many thousands of miles. They’d often talk music, which led to spit balling lyrics to one another, which lead to them pulling their guitars out of the cab to write a song together at some roadside motel in Georgia. As the script would probably dictate, from there they started spending their off-hours onstage in roadhouses, stretching the legs of their updated classic country, Americana songs for the locals.

These days, the two eighteen-wheel journeymen are doing more with their music than just knocking around highway juke joints as their album, If Wishes Were Horses, is set to be released March 12. Once you hit play, it doesn’t take long to realize these two are more than just truckers with guitars—they’re master songwriters. Ask them their musical influences, and their list sounds more like a Hall of Fame brochure than anything else.

There’s more, but you get the gist.

With those kind of heroes, coupled with the kind of authenticity that comes with the life they’ve lived, it’d be damn near impossible for Rylan Brooks to turn out anything but the kind of songs that harken back to the golden era of songwriting. They draw their stories from real life and the things that happen out there, whether that be to them directly or right in front of their very eyes. Take the title track, “If Wishes Were Horses”—the album’s warm, wistful song was born from a present-day instance, but the title goes back to the days of Rylan’s grandma.

“Chris had just ended a relationship that wasn’t working out,” explains Rylan. “He put a lot of effort into it, but he was doing all the heavy lifting. We talked about it one night and Chris said, ‘You know, I wish I could change the way she is, but I remember my Grandma always said, ‘If wishes were horses then beggars would ride.’ Almost immediately as the words were spoken, we realized we had a great theme, and the song just came together for us within a few hours. There are a lot of things in life we can’t control, other people being at the top of that list. What we can do is accept what we can’t change and move on.”

Recorded at the legendary OMNISound Studios in Nashville, the album is the product of, not just these two blue collar troubadours, but some serious firepower behind them. Dean Miller, son of Roger Miller, produced the album with a band that is equally impressive. The players read like a who’s who list of session greats including fourteen-time ACM Drummer of the Year Eddie Bayers, who has backed Bob Seger and is a member of the Grand Ole Opry’s, “The Opry Band,” guitarists Guthrie Trapp and Michael Spriggs, who’ve collectively played with Travis Tritt, Dolly Parton, and Patty Loveless and pedal steel player Steve Hinson, who toured with Randy Travis and Ray Price. Rounding out the team are mix engineer Rory Rositas (The Band Perry, Brett Eldridge) and mastering veteran, Jim DeMain (Jason Isbell, Rodney Crowell).

Still, with all that star power and ungodly amount of musical talent, it’s Rylan and Brooks who shine. Putting their emphasis on the song, they let the song take what it needs instead of overfilling it with musical flash. After all, not unlike life, a songs worth isn’t measured in flash. It’s measured in substance.

“We hope folks enjoy the incredible performances in this song and the full, rich and raw sound of the recording,” Rylan adds. “Lyrically, sometimes realizing a hard truth can be uplifting, even empowering. Maybe folks will feel the same way when they listen to ‘If Wishes Were Horses.'”

Made for real America by real Americans, Rylan Brooks is the very essence of what blue collar, red blooded, American made means. True life comes from living and that’s not only how the boys spend their own time, but it’s also what they wish for anyone and everyone else.

“Take your own ride in life,” Rylan says. “If you jump on someone else’s, you may never move.” 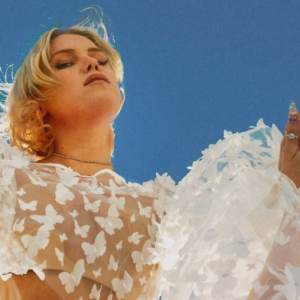 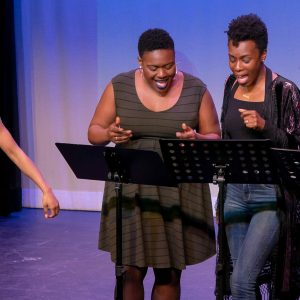