S.G Goodman visits with host Brandon Harrington close to a year after her acclaimed debut album Old Time Feeling was released to share if her feelings have changed toward some of the album’s messages. Goodman’s not one to hold back on personal feelings about her music and other things that run across her mind. So it only makes sense that gas station food reviews, life on the Mississippi, feuds, and also the isolation of a country on both sides of a political spectrum are all captured in conversation.

There is no doubt that when you meet S.G. Goodman she is a sister of the south. This can be proven either from her debut album, Old Time Feeling where she shares complex narratives, based in the simple world of the southern United States. Or it’s the first words you hear from in conversation that echo a strong southern accent that some can only imagine when reading a Mark Twain novel. But it’s really her love-hate relationship with her native home of Kentucky that solidifies that she truly understands the dichotomy of the south. Goodman identifies as an openly gay woman that is diagnosed with an anxiety disorder and in this episode of Surviving the Music Industry with Brandon Harrington she shares, “The burden of living life in a small town arena.”

This episode starts with what some might consider an unusual culinary practice but Brandon affirms that Goodman’s idea of creating a series of gas station food reviews is needed and would be enjoyed by others. Goodman shares that there is a local gas station that makes some of the most authentic Indian food in her current home town of Murray, Kentucky. Originally from Hickman, Mark Twain once said that it’s, “the most beautiful town on the Mississippi.” But Goodman shares that there are parts of her native land that don’t agree with her. She continues to share how churches boycotted another local favorite gas station hot spot because the owner was openly gay. “So why stay in a part of the country that disagrees with you and the total being of who you are?” Harrington asks. Goodman then shares that there is a burden for her to be part of the change in what some call the progressive south.

That burden can have a toll. Goodman discusses the trauma that usually follows suit when faced with the backlash of traditions. Clinically diagnosed with an obsessive-compulsive disorder, Harrington wonders how that works with songs and music in general for Goodman. For her, she shares that her obsessiveness in music is probably her greatest strength when it comes to songwriting, but it comes with fear. Mysteries from within songs and should remain unspoken, social media killing the legends of tomorrow, false assumptions of anxieties, and even new music is all discussed in this episode.

Goodman’s Old Time Feeling was produced by Jim James of My Morning Jacket can be streamed on all music platforms but you can also visit www.sggoodman.net for all tour dates and upcoming releases.

For all past episodes and additional content of Surviving the Music Industry with Brandon Harrington. Visit www.smipodcast.com or your favorite podcast app here. 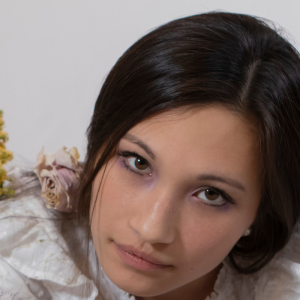 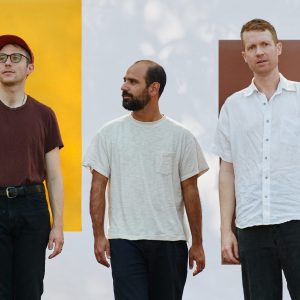