Pony Bradshaw is an artist that knows the value of stories told from the perspectives of culture. Calico Jim, Pony Bradshaw’s latest offering, isn’t a concept per se but a look into a way of life where reality can sometimes be overlooked. On the latest episode of Surviving the Music Industry, Bradshaw talks about clean slates to offload past baggage, a beautiful mind to create songs, and the victims of realism.

Pony (James) Bradshaw is a songwriter based in North Georgia. Born into military life as his father was a long-serving Navy man, Bradshaw found himself joining the Air Force. Little did the Air Force know that he was a natural-born dissenter, and was kicked out shortly after. Bradshaw then is a different person from whom SMI host Brandon Harrington found himself conversing with over a zoom call. Bradshaw reflects through conversation that he was a different person as he was currently painting a room in his home and taking care of his family. But Georgia is more than a state to him, but rather a clean slate where he could offload baggage from his former life.

Songwriting and music, in general, was a large piece of freeing himself from his past. It was one fateful night in Chattanooga, Tennessee that ultimately changed his life. But as for writing songs, Bradshaw shares, “Writing (music) is like that movie, A Beautiful Mind. It’s like images trying to grab them and put them in order. The people that write good songs are able to grab it and put them in the best order.”

Calico Jim, his latest full length album might be put in the best order then. Bradshaw tells SMI that this was the record he always wanted to make after walking away from his record deal. Rest assured, there’s no love lost. Bradshaw requested to leave his deal because Calico Jim is a record that can only be released with the freedom that he has gained.

Calico Jim isn’t a concept album per se, but rather an image of culture. All the characters of these songs were drawn to one place in time where they are victims of realism. Bradshaw not being a fan of escapism captures the raw material of rural life that does have a dark element. “It’s a reality, it’s a place where we live [as humans].”

The full conversation can be heard on your favorite podcast app here. Harrington and Bradshaw talk about ego, songwriting, and even redemption through the dark side of realism. Pony Bradshaw’s Calico Jim can be streamed on all platforms. For more merchandise, vinyl, and tour dates visit www.ponybradshaw.net. For extra content and past episodes of Surviving the Music Industry with Brandon Harrington, visit www.smipodcast.com. 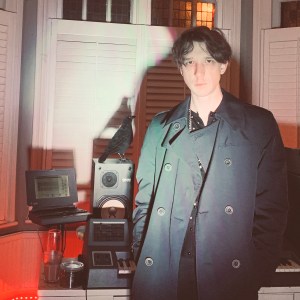 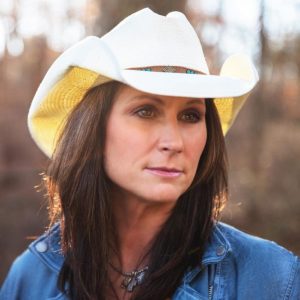