For breakout indie-pop connoisseur Annie Scherer, inspiration hits when she’s least expecting it. “I don’t schedule a time to sit down and write a song,” she tells American Songwriter. “Inspiration hits me at the strangest of times, and if I have a guitar or piano around, I’m good to go. But sometimes I write my best late at night when I’m super tired.”

The Voorheesville, New York native, currently living in Albany, spent 12 years of her life honing her classic piano skills. In 2015, she began recording her first EP, Dreams Like This, with Nashville producer David Flint. She released the EP in January 2017—the same year she started College of Saint Rose as a music industry major with a vocal concentration. On Friday, March 26, Scherer officially closed her carefree chapter of childhood with her debut full-length album, Garden Bed.

“The title,” Scherer says, “comes from one of the first lines of ‘Phases Grow,’ a song that embodies the mood of the entire album.” The third track serves as a coping mechanism for her first encounters with anxiety but adds to an inventory of growing pains she lays bare to her listeners. “In all my songs, I strive to be introspective and thoughtful while exploring life’s challenges,” Scherer adds.

Composed of spanning tracks Scherer penned over the past three years, Garden Bed brings the listeners up to speed on a gentle kiddie-coaster type ride. “Andy Warhol,” her sentimental ode to a pop-culture icon, “Take Me Places,” an anthem of vulnerability to new opportunities and chapters, and “After Rain, ” about finding your missing puzzle piece, introduced the project as singles. These three combine with six unreleased tracks to tell a candid coming-of-age tale she hopes will inspire others to persevere through their own hardships.

Immersing herself in a full-length album has always been on the bucket list. The emerging artist feels particularly proud about writing the entire collection and producing most of the nine-track record. She completed much of the production in her mother’s house, wielding the pile of recording equipment she’s collected over the years. Scherer, in collaboration with David Finch, Aidan Sloppy, Kyle Robinson, Ryan Davis, Maggie Roberts, Ben Grant, Tom Evans, Brenden Beaver, Ali Genevich, Rosemary Michaud, and Elizabeth Miller, rounded every corner of the entrance album with personal touches.“It’s very untraditional and homemade, but I make it work for me,” she says.

A blend of her old-soul pulls to classic rock luminaries—The Rolling Stones, The Beatles, The Kinks, the Velvet Underground—and an array of pioneering alt-acts like Lana Del Rey, Lorde, Beach House amalgamates for an empyreal sonic union that evokes wisdom beyond her 21 years.

Additional pride points include the lush string arrangements on track seven, “Ashamed,” and nine, “Kaleidoscope,” that ties up with a silken instrumental bow. “Those took a lot of time to compose and arrange,” she recalls. “The same is true of ‘Kaleidoscope’s’ piano solo.” Her trumpet performance in album-opener “Take Me Places” was a spontaneous addition after Scherer gravitated to the instrument she hadn’t touched in four years.

“Baby Blue” is reminiscent of the Velvet Underground’s “Pale Blue Eyes.” Similarly, “You Know”—the only one Annie did not lead in production—hints at a style she hopes to tackle in the future.

“I want people to feel moved by the music and connected to the lyrics,” says Scherer. “My favorite songs are ones that make me feel something emotionally. I hope to do that for people listening to my music.” 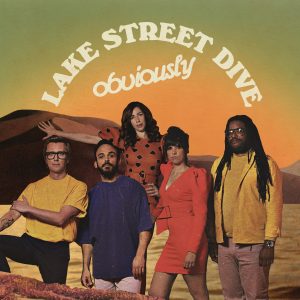 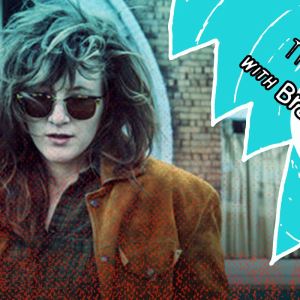