Rose in the Oblivion, the debut album from Saint Disruption, has a most unusual origin story. Though the record’s highlights include “Choke a Man,” a howling blues- rock protest of George Floyd’s murder, and “Last Poet First/Ukupacha,” a hip-hop tribute to New York City’s Last Poets, the project began far from America’s streets, deep in Ecuador’s Amazon jungles.

Jeff Firewalker Schmitt, a renowned scientist, traveled there in 2008 to further his investigations into ethnobiology, in particular the plants used by traditional societies for healing. The Secoya people’s Don Cesario, perhaps the most famous of the Amazon’s indigenous healers, welcomed the North American academic and soon they were having long conversations in the healer’s kitchen. When three more gringos arrived at the homestead, they too joined the discussion.

“Before long,” Schmitt recalls over the phone from his North Carolina home, “I realized I was talking to John Medeski of Medeski Martin Wood, one of my favorite musicians on the planet, someone I’d been listening to for decades.”

“I’m out in the jungle,” says Medeski over the phone from his upstate New York home. “I hear a jaguar every night and it sounds very close to this open-ended structure I’m sleeping in. There was this other guy Jeff there, and we talked a lot.”

“The entire visit was life-changing,” reports Schmitt. “The Secoyas welcomed us as family, and they were the healthiest, happiest people I’d ever met. I ended up doing a TED talk about it. I was brought to my knees so many times by how far the industrial world had gotten from our humanity.”

“I had been suffering from cluster headaches,” adds Medeski, “which make migraines seem like a mosquito bite; they call it the ‘suicide headache.’ It was so bad that I canceled a tour for the first time in my life. The Western doctors couldn’t help me, but I knew the Secoyas, because I’ve long been interested in traditional folk healing. After two weeks with them, the headaches never came back.”

When Medeski brought some Secoya elders to the U.S., Schmitt helped out with some academic letters of recommendation for the visa process. Then in early 2020, as the pandemic canceled a busy schedule of travel and engagements for both men, they were confronted with an open calendar for the first time in years. Schmitt focused his regular meditation exercises to ask what he should do next, and he was surprised by the answer: music.

As a teenage drummer in Winston-Salem, he had played in a band that opened for John Lee Hooker and as a twenty-something he’d been in the Gathering, a band who made two albums with R.E.M. producer Mitch Easter and had a modest hit in Canada. As he got more involved in his scientific research, however, the music became a sideline, though he did make an album of kirtan chants, a call-and-response worship music in the Vedic Hindu tradition. But now he felt compelled to make music a priority again. He had become a writer in the meantime, and now he pondered the best ways to merge words and music.

“I’m a student of history,” Schmitt says, “and I always go back to the artists who build new bridges of understanding that never existed before. The Last Poets did that in New York City in the 70s by bringing poetry and music together in a way that gave the oppressed a voice and allowed that voice to enter our bodies. And before long, hip-hop walked across that bridge. One day I said, I’m just going to call Umar Bin Hassan. I have nothing to lose. He may tell me to buzz off, but that’s OK.”

It took Schmitt a month to get hold of the Last Poets’ Bin Hassan at his current home in Flint, Michigan. The older man challenged his caller to read a poem of his own, and Schmitt passed the test. A while later, Bin Hassan sent Schmitt a new, rather personal poem called “Painstorms” to work on, warning, “Son, you better not mess this up.” Schmitt sketched out a basic piano-and-percussion arrangement for the poem and then decided to roll the dice again by sending the sound file to Medeski to work on. As it turned out, the latter was also a big Last Poets fan.

“I discovered jazz when I was 11,” Medeski explains. “That opened the door and I started going to the Peaches record store in Fort Lauderdale and buying everything that seemed remotely interesting. When I heard that Last Poets record, it hit me really hard. The poetry, the message, the fire, the merciless truth, all that stuff resonated with me. So when Jeff sent me the Umar poem, I was, ‘Wow, this is not any messing around.’ At first I played the piano part Jeff had written for it, but then I decided, ‘I’m going to go out on a limb and just go for it based on my love for Umar, based on what I’m feeling.’”

Medeski sent six different piano parts of his own, and Schmitt was thrilled by all of them. He chose one, mixed some beats and a live drum track into a pulsing groove and had his Asheville co-producer Michael Hynes add a bass line. He sent that mix back to Medeski and Bin Hassan and they were both excited enough to keep going. Bin Hassan supplied the vocal for one of Schmitt’s poems, “Stories (Birth of Saint Disruption),” and Medeski wound up adding keyboards to all seven tracks on the eventual album.

Schmitt wrote or co-wrote the lyrics to six of the seven songs, but he doesn’t sing on any of them. This is an unusual act of self-restraint for a songwriter in this day and age, but he’s adamant that he’s not a singer and is content to act as lyricist, composer, producer and percussionist. Handling the vocals on the five non-Bin Hassan tracks are a variety of singers and rappers, most of them from the Asheville area where Schmitt now lives.

What’s surprising about this partnership between Schmitt and Medeski is how different the results are from what most people expect of “spiritual music.” The two men may have met in a shaman’s kitchen in the far reaches of the Amazon jungle, but the music they created sounds much more like an American street than that rainforest or a guru’s mountaintop. The predominant flavors are hip-hop, funk, blues-rock and electronica, even if the lyrics are probing issues of systemic oppression, personal identity and barriers to spiritual development.

“My early influences are Led Zeppelin, James Brown and Sly & the Family Stone,” Schmitt explains. “Some of the words are pretty intense, and I don’t want to beat people over the head and make the music torturous. Instead I wanted to use blues and funk to draw people in and make them feel comfortable in their bodies. I told the musicians, ‘I don’t want this to be like regular rap; let’s slow it down, let’s go back to first principles, let’s go back to what it felt like to stand on a small stage in New York in the 1970s and try to get across some truths. Maybe if we weave the style of that into these texts, they will come across.’”

“There’s a lot of music and jazz that’s called spiritual,” Medeski points out, “but I’m not looking for that; I’m looking for spirit itself, something beyond the physical, a certain aliveness, the essence of something. The distinction I make is that spirituality is more about philosophy, while spirit is about reality, and I’m less interested in philosophy than in reality.”

Illustrative of this notion is the track, “Instant Gratification,” built around a Schmitt lyric critiquing the emptiness of impersonal sex: “Sell my soul for pleasure; let the greed machine rejoice.” But rather than making it sound like church music, the songwriter had the idea of making it sound like a Barry White make-out single from the Philly Soul era. Datrian Johnson supplies the White-like baritone, while Kim Leger provides the female dissatisfaction. Hinting at the deeper connection possible through sensuality is a funky organ solo by Medeski.

“When Jeff sent me the rough sketches of these songs,” Medeski says, “I could hear what would be a typical thing. But I always asked myself, ‘What would I do if this were my project?’ and I went with that every time.”

The first video for the album is the song “Choke a Man.” Like many writers, Schmitt was so shaken by the killing of George Floyd that wanted to create a proper response. He sank into the giant bean bag in his living room and wrote verse after verse, but each time his girlfriend said, “No, that’s not it; that’s still too literal.”

“I thought of what it must feel like to be choked and deprived of your birthright,” Schmitt remembers. “How do your express that feeling? I realized it had to be the blues. I came up with this weird, ambiguous, upside-down rhythm that floated between 4/4/ and 6/8. When I sang some blues over that beat, Cindy said, ‘That can go somewhere.’ John came in and helped to buoy the transitions and augment the meaning behind certain phrases. ‘Choke a Man’ without John is like food without salt.”

“Choke a Man’ is available now as a video, and the full album will be released in April. Schmitt is already at work on the follow-up album, and a live tour is planned for whenever that’s possible again. Later this year, Medeski plans to release an album of Sun Ra music with cornetist Kirk Knuffke, a solo keyboard record and some music by Medeski Martin Wood to celebrate the trio’s 30th anniversary. 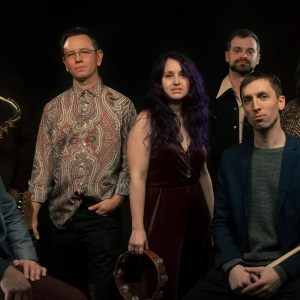 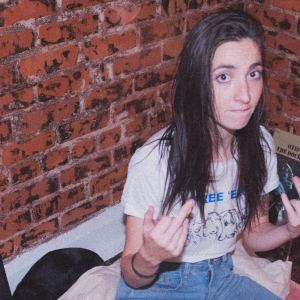