What do you do when the world is struggling against an ever-evolving virus? You throw a party. Or at least that’s what the seven-piece band Sammy Rae & The Friends decided to do with their music. They embraced the chaos of the world around them and put their own timeless, joyous spin on things.

SR&TF released its second EP, Let’s Throw a Party, in early 2021 as a collection of five songs that defies genre. It’s full of rockin’ beats, jazzy instrumentation, and elements of world music. The sonic depth is built by the band’s rhythm section, horn section, keyboards, and singers.

In conversation with frontwomen Sammy Rae herself, American Songwriter dove into the intricacies of the record and what brought the songs to life. First, Rae revealed the scene the pandemic had set. “There were all kinds of new limitations and precautions on how we could record, how we could get together, and get it done,” Rae says. “A lot more work was done in post-production without all the members of the band present than happened on The Good Life” [the band’s previous and debut EP].

The Good Life features “really lush string arrangements with a lot of people in the room,” Rae explains. “That wasn’t something that we were able to take advantage of for Let’s Throw a Party just by means of how COVID was working out. I think that we made up for that by introducing a lot of world music elements which are things that we have come to really love over the years. So there’s a lot more hand percussion. There’s a lot of like toy sound instruments. The horn lines are really interesting and well thought out.”

Simply put, this version of The Friends feels more authentic to Rae. The band’s separation during the pandemic pushed Rae to write for individual members and moments rather than the collective.

“It rocks a little bit harder,” Rae says of Let’s Throw a Party, “and I think it is a little truer to where we’re going and not just where we’ve been.”

One song on the EP, “Jackie Onassis,” is immediately mesmerizing and a prime example of SR&TF’s new soundscapes. “This is a bit of a queer anthem, and it is a bit of a female empowerment anthem,” Rae explains.

“My hope is that it’s accessible to all folks,” she continues. “But it’s also very much a love letter to the young women in my life as I was in coming of age years. [They] were the first peers of mine to look at me with love and appreciation and also love and appreciation for themselves. It is a story of women discovering a love for each other in a lot of different ways.

“In terms of how I refer to Jackie O,” she says, “I thought that number one, Onassis was a really cool word that I wanted to get into lyrics… I thought keeping Kennedy out of the equation was an interesting way to separate her legacy and her divine femininity from the marriage that we best know her by in American history.”

Another song, “Cre Lo Sientes,” is a delicious bilingual song about “that really awkward, super early talking stage of a relationship.” There’s a back-and-forth in Spanish between Rae and drummer C–bass on the track. This dialogue is then enveloped by Rae’s English narration and jazzy vocals.

The title track and grand finale, “Let’s Throw a Party!” wraps up the EP. “[It’s] a really chaotic, bananas piece that I thought was really ambitious and kind of a stretch for my brain as a songwriter,” Rae says. The track addresses the bedlam of recent years and mirrors it.

“I thought an interesting way to convey all of that was to have this song that really changed genres and time feels and instrumentation several times throughout the course of it,” Rae said of the song. So, the track flows between a “bluegrassy chorus,” “[a] thoughtful piano motif,” and “technological synthesizer[s].”

“It’s organized chaos, and it’s a hell of a lot of fun to play live,” Rae concludes.

All in all, SR&TF is a group that inspires.

“What I think is special about us as band members, is we’re all extremely different,” Rae says. “We come from different places all over the country, different studies of music, different personal interests, different races, and ethnicities… different sexual orientations and gender identifications… My hope is that when audience members look up and see all these different people just being themselves as hard as possible, on stage, they feel permission to do the same.” 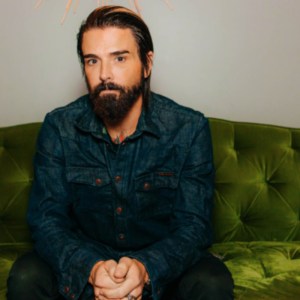