“It’s not about the falling down. It’s the staying down. You can fall down, Sara, you just don’t stay down,” a good friend once told her. In the aftermath of a breakup, singer-songwriter Sara Rachele rediscovered the glory and catharsis only making music could elicit. With her song “Lover Can’t You Just Get Over It,” premiering today on American Songwriter, she gathers up the pieces of a broken heart and also manages to comment on art and life’s ever-changing seasons.

“Since I’ve met him, it’s all become quite ordinary / The unordinariness of it all / And if Tuesday could just be Tuesday / Regular ole day that passes like any other,” she lingers on the smoking, swirling over her heart. Rachele’s performance is muted, allowing for a visceral kind of charge to ignite from the inside-out, and it’s the poetic simplicity which impresses most.

Wielding a single acoustic guitar, Rachele strips away her exteriors to get to the heart of the matter, and her voice seems to flutter right up into the heavens. It’s exquisite, high-voltage art with plenty of plaintive streaks to provoke deep thought. The song comes on the heels of “Michael Row the Boat Ashore” and “Terry Richardson” and samples her forthcoming album, Scorpio Sun, (recorded with long-standing collaborator Spencer Garn) ─ the companion follow-up to 2019’s Scorpio Moon.

“My mother is an artist, and when I grew up she somehow traded something or other for one of Rick Berman’s potters wheels. I started this song when I was going through a breakup that precipitated most of this album. I had to leave where I was living, and I had stayed in my mom’s unfinished art studio an old friend had built her,” she offers over email, “and the electricity is all wired but there’s no circuit breaker or power on in the place yet.”

“So, I’m sleeping out in this art space, and I fell in the dark of the morning, over this wildly heavy metal potter’s wheel I remember so fondly from my childhood, and onto the concrete subfloor,” she recalls. “The studio is full of old prints and frames from her old shop, and I must’ve tripped over something half asleep. I didn’t hurt myself badly, and it just brought this song into clarity.”

“Some things stay with us ─ the aches of pining for something that couldn’t ever be ─ and this song is partly about one moment, partly about art, loss, addiction, holding on… a lot of my own personal life,” she says.

Rachele has always written straight from the core, something rooted within her guiding her hand and resulting in a sturdy body of work. Over six years, she has released three albums, including her 2014 debut, Diamond Street, and 2017’s April Fool, and navigated impressively varied musical waters.

Wherever her muse takes her, the stories remain tried and true. “I write because I must, and this cry just came from my heart. It’s maybe an unanswered plea, but eventually the bruise faded, and my mother still hasn’t cleaned up her studio,” she says, “but I’m not sleeping there anymore. I guess we’re all wandering around with our eyes closed sometimes.”

Listen to “Lover Can’t You Just Get Over It” below.

sararachele · LOVER CANT YOU JUST GET OVER IT 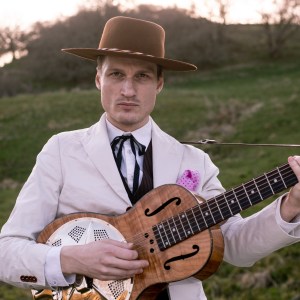 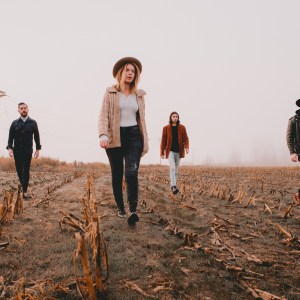