“Sometimes, no matter how hard you try, life surprises you,” offers Sarah Barrios.

Her new song, “Thank God You Introduced Me to Your Sister,” co-written with producer Evan Gartner, jolts you awake, flipping expectations with a “messy and chaotic” queer love story. Identifying as bisexual herself, Barrios borrows inspiration from a fantasy book series called Of Fire and Stars, by author Audrey Coulthurst, in which “a princess who is betrothed to the prince but then meets his sister and things get, dare I say, scandalous,” she says.

“I absolutely loved it and immediately was like, ‘How do I make this into a song?’ I brought the idea in to Evan,” Barrios tells American Songwriter, “and we spent the first two hours of our session without music, storyboarding what was going to happen with all of the characters. We then started building the music and writing the song.”

You and your friends  / Ain’t as cool as you think, she chides over a Fountains of Wayne guitar riff. Fake laugh at your jokes  / Then tell you I need a drink / And I don’t know that she listened.

The story then begins to veer into wonderfully unexpected territory. When she came through the kitchen / With my back to the sink / I know I probably shouldn’t, she sings, before crashing into the hook: But it feels so good I wanna die / With her hands in my hair / Oh I love the way she touches / I’m a mess I don’t care  / And I kinda fucking love it, boy.

“This song is such an in-the-moment storyline,” she adds, transmitting the song’s message “to have fun  and not take life too seriously.”

With her favorite lyric (she undressed me with her eyes and somehow you didn’t see), Barrios tips her hat to a personal experience, as well. “This has literally happened to me before,” she says, point-blank. “I went out with a guy, and he was so laser-focused on making sure no other guys were hitting on me that he failed to notice every woman who made eyes from across the room or offered to buy me a drink. I just think it’s funny how unaware he was and how unaware the character is in the song.”

Originally from Torrington, Connecticut, the LA transplant began writing songs when she was 13 “after a particularly boring day at home,” she recalls. “And I haven’t stopped writing since then. I’ve always loved storytelling and the way music can transport you to a different world. Finding new and interesting ways to craft my own stories out of thin air just feels so magical to me.”

Describing her music as “honest, fantastical, and alive,” Barrios draws from a vast spring of influences, from such authors as Jane Austen to landmark musicians Fleetwood Mac, Jon Bellion, and Paramore. “Thank God You Introduced Me to Your Sister,” with its brazenly punk-pop aesthetic, certainly lives up to the hype, combing these reference points and jetting into her own musical sphere. “I always want my music to feel a little like a movie or a book, where the listener can get lost in the song and play out their own story,” she says. In addition to her growing solo catalog, Barrios has worked with the likes of Bonnie McKee, Becky G, Why Don’t We, Andy Grammer, Zara Larsson, and many others.

“Thank God You Introduced Me to Your Sister” comes on the heels of “Have We Met Before” featuring Eric Nam and “IH8EVERY1.” This fall, Barrios heads out on her first-ever tour with Christian French (dates here) and will play Lollapalooza and Governors Ball Music Festival. 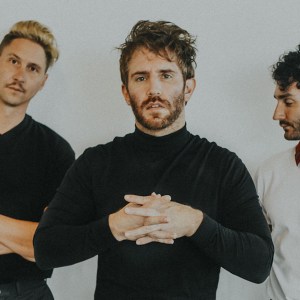 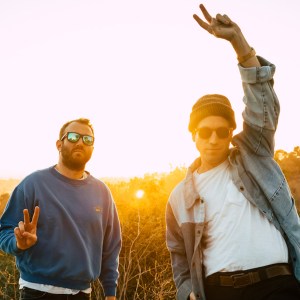