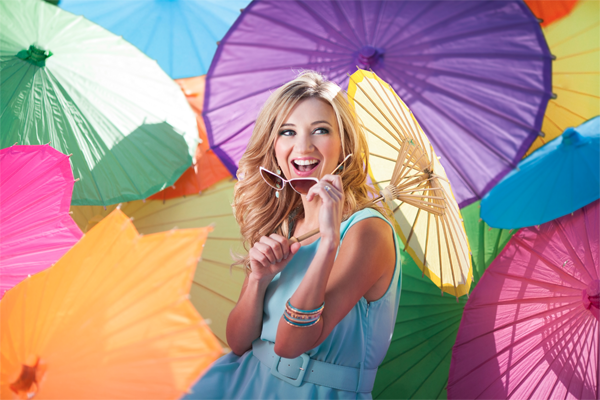 Almost a decade into her career, Sarah Darling has collected enough experience to impart a little wisdom upon up-and-coming artists. The singer/songwriter moved from small-town Iowa to Nashville when she was 20 and worked her way into a long-term music career, waiting tables before eventually catching a break and signing her first deal with Black River Records. She’s performed on CONAN and FOX’s Fox & Friends, and has been endorsed as “a sophisticated songwriter with a crisp, powerful voice” by The New York Times. Her current single, “Little Umbrellas,” is a carefree summer ditty about day-drinking by the pool.

Sarah is one of the judges who will be determining who is most deserving of the $10,000 Durango Boots Sole Performer Contest prize, so we were curious as to what she looks for in a song, how she approaches songwriting, and if she had any advice for up-and-coming artists.

Tell me a little bit about your writing process. Do you start with a hook? A lyric? A title?

My process really varies. For a lot of writers, it seems like it’s usually either lyrics or melody first. For me it’s a little less predictable. There are times where I’ll be playing mandolin or guitar and a melody will come to me, but more often ideas come from when I hear something else that sparks my interest. I’ll be driving, thinking, or listening to a song when I get an epiphany and have to stop everything and get it down. So it really just depends. When I finally put a song together though, I feel like melody is more of my strong suit.

As an artist and a songwriter, how do you approach co-writes? How do you keep your personality and perspective in songs when you’re working with other writers?

When you’re a writer/artist, it can be difficult because other writers tend to be writing with you in mind. That makes it even more important to be able to step up and contribute as a writer. One thing that’s interesting about co-writes is that they aren’t always that great. It can be surprising who you have writing chemistry with, and who you don’t. What’s most important is that you as an artist feel safe, that is, you feel comfortable enough with the other writers to know you can write from the heart and say what you need to say personally.

What do you think defines a great song?

Writing something catchy that gets stuck in your head is definitely part of it, but I tend to look for something deeper and introspective as well, something that tugs at the heart or taps into nostalgia and takes me back to growing up. There’s also a benefit when song topics are universal, or dealing with something a lot of people can relate to. Also, when a writer says something that’s been said before in a unique or creative way, that usually sparks my ear too.

Who are some of your favorite current songwriters?

A lot of up-and-coming artists find themselves occasionally performing in awkward situations that require them to swallow a little bit of pride. When you were working your way up, what was the most absurd show you played?

One time I played at a Christmas Tree lighting in a tiny hotel parking lot in East Tennessee. I don’t think I need to say much more!

You grew up in small town Iowa, outside of Des Moines. How do you think a songwriter’s ‘home’ impacts how they write?

I grew up in Mitchellville, Iowa east of Des Moines. For me, growing up in a super small town surrounded by wide open spaces drove me to take the risks I had to take – it made me dream big. When you come from a small town and don’t have everything around you [to make a career in music] it makes you want it more, or appreciate it more when you finally get there. “Home” – for me being a small town girl – is a part of everything I do.

How do you think moving to Nashville affected or influenced you as a songwriter?

I didn’t really write songs until I moved to Nashville. I left Iowa when I was 20, thinking I would be a singer. When I moved to Nashville I started dating a writer and I really fell in love with writing. All of a sudden I realized writing music was this fantastic way to express myself and everything I’d gone through. It took being here to really understand that. Plus everyone’s so good here and there are so many amazing writers. Writing for me became a way to put MY stamp on things, to say it my way.

You’re going to be judging the Durango Sole Performer Contest. What do you look for in a great song or performer?

I look for a number of things. First, I always love when a writer or artist comes up with a different way of saying something, or has an interesting or creative approach to songwriting. I also look for something that really moves people – ideally that “something” is timeless. Granted, not everything has to be timeless or deep – I have a song called ‘Little Umbrellas’ out right now about drinking by the pool – but it’s important to makes people feel something and have real meaning. Ultimately there’s this IT factor with great songs. You just want to keep hearing them. That’s what we’re all looking for.

Do you have any advice for young up-and-coming artists or songwriters?

Write songs. You may not think they’re great, but keep writing. Write 100 bad songs and you’ll get a few good ones. And it’s not that your bad songs are bad, they’re just a necessary part of growing as a writer. Also, don’t try to chase what other people are doing. Find something that’s going to be different. It seems like everyone follows where everyone else is going and that everyone is chasing the same thing.  Actually, it’s about finding something that’s never done before.

Are you a great artist with an undiscovered song? Enter the Durango Boots Sole Performer Contest! Prizes include $10,000, a Taylor 618e Grand Orchestra Guitar, and appearances as a Durango artist. Click below to enter today: 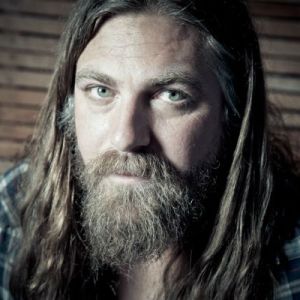 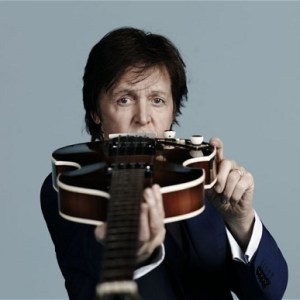