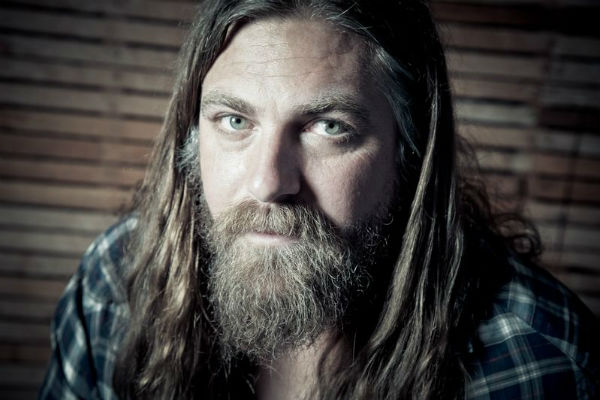 (This article appears in our September/October issue. Buy it here.)

Smith, the Los Angeles-based singer-songwriter behind The White Buffalo, previously made a name for himself through rustic, gritty, rough-and-tumble country-folk on his albums Hogtied Revisited and Once Upon a Time In the West, as well as through the placement of a handful of songs on FX biker drama Sons Of Anarchy. Yet, when it came time to start writing his third album, Shadows, Greys And Evil Ways (stream it here) – an album with a central character who falls in love and is then sent to war – Smith started to notice a connective thread in the various sketches of songs he had begun to assemble.

“I initially didn’t have any kind of direction,” Smith says in a phone conversation from his home in L.A. “They were just these songs that spilled out of me. I’ve always wanted to do a longer narrative as I’ve done here. Initially I didn’t think I had the opportunity to do it. But then, some of the songs that were fairly complete, I saw that I could arrange them in a way and fill in the gaps and really make it kind of seamless and linear.

“It wasn’t until we went into the recording and tightened up the arrangements that I could figure out where I needed to go within the song.”

Shadows, Greys And Evil Ways follows a narrative that centers on two characters – Joe and Jolene – and how their love is put through the wringer of morality, mortality and the bigger questions of the nature of good and evil. When the two characters are introduced in leadoff track “Shall We Go On,” there’s a sense of danger lurking beneath the romantic surface, as hinted in lines like, “He shot the lights right out of her eyes,” and “He ripped her heart out of her chest, and put it with his.”

That’s just the beginning; from there, Joe enlists in the army and becomes consumed by the horrors of war. He’s shot, sent home, and loses his direction in life, which threatens the foundation of his relationship with Jolene. They ultimately find redemption in each other’s arms, but not without doubts and fears, and it’s that gritty, less-than-picture-perfect image of love that Smith sought to depict in his songs.

“It’s kind of a fantastic story, but a real story,” Smith says. “I wanted to have this kind of young love where it’s them against the world.”

There are a lot of themes that crop up throughout the 14 songs on Shadows, Greys And Evil Ways, from love and finding one’s direction in life to much broader topics of whether God exists, and if humankind is inherently good. The album offers more questions than answers, however, and Smith’s interest lies more in opening up a conversation than pushing an agenda.

“I like the idea of good and evil and what is good and evil, and redemption, and can people get better and carry on,” Smith says. “I never have an agenda with my work or my songwriting. I like to bring up questions and let the listeners decide what they want to decide. And hopefully it’s open enough to allow them to do that.”

To match an album as conceptually focused as Shadows is, Smith enlists a team of musicians including bassist Tom Andrews, drummer Matt Lynott and former Jayhawks violinist Jessy Greene to flesh out his songs into meatier, grander arrangements. And musically, Smith & Co. cover a lot of ground, delivering everything from a lushly arranged country-rock track like “This Year” to a stark acoustic dirge like “30 Days,” which juxtaposes Smith’s deep baritone croon against piano and violin. The White Buffalo’s songs take on many shapes, but as Smith explains, they all more or less begin the same way.

“When I write, I do it on acoustic guitar and just my voice,” Smith said. “That’s all it is and that’s all that matters. I still do some touring where I play solo acoustic, and for me, in my style of playing and singing, if a song doesn’t stand up on its own in that stripped-down form, it’s not really worthy.”

By the album’s end, the listener is left with a lot to think about, particularly regarding the great mystery of a Higher Power. And while Smith says the questions he raises on Shadows aren’t ones that necessarily keep him up at night, it’s human nature to ponder them.

“Isn’t that kind of the ultimate question for the majority of humanity?” he says. “Either you believe or you don’t believe, but it’s a pertinent question either way.” 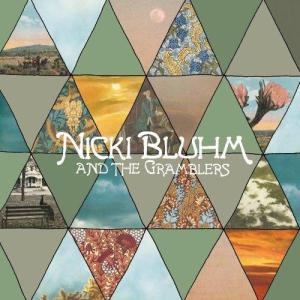 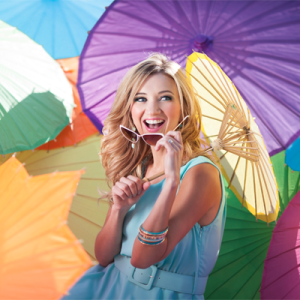