A decade in the making, Saudade is the very soul of the journey that brought Jesse Daniel Edwards to this point in time. On this road paved with little direct intention of musical artistry, his project as Juni Ata bloomed in the face of immense loss and arrived with an album full of courage and catharsis.

Jesse’s roots run through Southern California’s rural mountains as the firstborn son to a young mother and Navy man that he and his six younger siblings called “The Captain.” In their deeply religious household, sans television, and most secular music, a deep curiosity for the outside world rose within him.

“Everyone’s childhood belongs to them,” says Jesse. “I didn’t think mine was that strange or that different of an upbringing until I started talking to other people when I got older. But when I would go to school, all my friends wanted to talk about was The Simpsons and AOL Instant Messenger, and I was not allowed to partake in either. I felt isolated from the popular world. And so I think in that void, my siblings and I had to create our own world of things to entertain and amuse us and occupy our time as young people.”

Beyond tending to lots of animals and countless other chores, they restored old instruments, hand-me-downs in various states of disrepair. The seven children took to their out-of-tune pianos, broken ukuleles, and four-string guitars to busy themselves. Through repeated trial-and-error, they were eventually able to utilize those tools to create sound pleasingly. Singing together, all of varying ages and genders, they learned to sing harmony.

“We were singing hymns together, and I didn’t realize it until later in life that a lot of what we were doing was arranging,” says Jesse. “In every aspect of my life, I’ve been a very late bloomer. It’s certainly true now with the record and getting into music again in a more significant way.

When he left home at 16 for college, he finally listened to Bob Dylan, and all the other acts he had heard about as a kid. He compared his listening experience to watching The Simpsons for the first time. He believes that because he waited so long, he missed the boat entirely.

“Don’t get me wrong,” he says, “I think I would have loved it if I could have discovered it along with my friend when I was 12 or 13. But I was 22 and thought,’ I don’t know if I’m getting it. I think it’s over my head,’ because I don’t get the references.”

“I think Bach had most of the music figured out before any of us were conceived,” he continues. “But it’s all the same stuff – just frequencies of sound. Music technologists have postulated that the first music is from our forebears who were banging rocks together to communicate with each other in the pre-dawn hours of traveling to tribal parties.”

Jesse understands the connection between people banging stones together, which he insists he’s still doing. In a sense, it’s been done through to classical music, new classical music, modern music, rock and roll, and hip hop to the advent of the massive music industry.

“I grew up with no access to anything until finding other music later,” he says. “Similarly, I didn’t taste alcohol until I was 22. I didn’t kiss a girl until I was 19 – a late bloomer in every way. So I guess I’m used to that process of arriving late to the party and just trying to catch myself up to speed very quickly.”

When he got to college, the meek teenager often found a seat in the back of the classroom. For the first time, he, as a student of philosophy and world religions, felt he played an integral role in the conversation. Rather than popular music and prohibited television shows, his peers spoke to topics he had delved into from reading books at home.

“Everyone seemed bigger and taller and tanner,” he laughs, “but it was liberating.

I didn’t dive into my newfound liberation; I just waded in it because I didn’t know how to take a big plunge into anything. But it was a crucial and vital first step towards my own emancipation of the heart and soul. It’s this experience where the realization begins to dawn upon us, that I could do anything. I could be anybody. It came at an opportune time. I was ready to leave and try to strike out on my own.”

He points to the discovery of Nashville as a pivotal event leading him to this release day. He, his brother, and a friend stumbled across it incidentally as they were attempting to gig, busking around the country. They played open mics with homemade instruments. With no real music objective, they sometimes draped themselves in a shared towel and stood on a milk crate on the streets reading Harry Potter books. They would perform cover-to-cover, sometimes collecting tips.

On one of several trips back to Nashville, he met John Prine’s late manager, Al Bunetta. Bunetta took to Jesse and served as a mentor to the aspiring artist. The wise industry vet taught Jesse everything he would ever need to know.

“I’m still riding on the coattails of that – those pearls of wisdom I was able to glean in his tutelage. He had finally convinced me to move back when it was time to get serious about making music,” he says.

Bunetta passed in 2015, right before Jesse lost his mother to a sudden illness. In the wake of both, he fell out of a once-in-a-lifetime type relationship. “Something snapped, and it broke me,” Jesse says. “It was a combination of losing all those things. I felt like I aged twenty years in one, during 2017. All the songs are about those losses.”

At this time, Jesse no longer had designs on a professional music career. He focused away from music, teaching at special needs camps, and traveling the world. He later worked in tour management while based in Nashville, spending one five-year stretch on the road with Morrissey, and then working with songwriting icon Lucinda Williams.

As fate would have it, in 2018, Jesse spent some time in West Virginia with his friend and touring associate Jake Rosswog, who he met that first year busking in Nashville. When the two got drunk together, Rosswog persuaded him to record one of his new songs. “I saw that his writing had really grown in that two or three years,” said Rosswog, who became the galvanizing force behind the whole Juni Ata project.

Saudade is the product of loss, fate, and perseverance. Jesse’s adventurous spirit lays bare in the aptly-titled album. The word ‘Saudade’ (sow-da-day),  is a Portuguese word that he first heard playing a festival in Brazil.

“When traveling, you hear words that don’t have an English equivalent, but it sums up something,” Jesse explains. “When I asked about the word, this woman who was working with the festival promoter tried to describe it to me. At the end of the description, she kissed me and said, ‘That’s part of it.’”

Jesse explained Paris, a magical romantic city, that has an undeniable underlying melancholy to it. He employed this comparison to explain that in Brazil, a vibrant, vivacious country, there is a lingering sense of the past. Here is where the “Saudade” comes in. Shreds of longing and nostalgia are as close to a conversion he could draw from the word, the very first to his tongue as he attempted to place meaning in the collection.

“People don’t understand how difficult it can be to arrive upon the correct word or series of words and images to directly or correctly describe an album,” says Jesse. “The woman in Brazil was not someone I even knew, but I did like what she was trying to say. Maybe part of it is it can’t be defined. It’s just more of a subtle feeling you can’t pin down. It’s just what I think it was because of that moment, and because of that word, how shifting, how subtle it can bend the way it’s used.”

Opening the album is “Philadelphia,” a song about finding the strength to move on, which sets the tone for the rest of the story. The following track, “Fight Hard, Run Fast,” explores the fight-or-flight instincts that come with the arrival of life-changing events. Many of the songs deal with downtrodden themes, yet the music is filled with a vibrant buoyancy, coming off like a deep kiss to the possibilities of life. “All My Tomorrows (Are Mondays)” recalls prime-era Ron Sexsmith, while the get-up-and-go of “Good Enough Ain’t Bad” summons the FM radio anthems of Gin Blossoms.

Jesse’s favorite song at the moment is “Room With A View.” Recorded with vocal assists from Matthew Ryan and Madi Diaz, the track is a slowly building orchestral crescendo, displaying an immense breadth of talent.

“I wrote this song to tell the stories, in three distinct stanzas, of the three great love affairs of my life to date,” says Jesse.

“This song is a microcosm representative of the album as a whole, and by extension, the last decade of my life. I reached out to two local heroes of mine that I have adored from afar for many years. They were gracious enough to consent to join me on the recording of the song, and each sing a separate verse. Having three different storytellers, each presenting one verse of the song dramatically reinforced the nature of the arrangement, and the overall narrative. Beyond that, it was an honor and a delight to work with two songwriters with such unique voices and styles, whom I have always respected and admired.”

He recorded the album in the fall and winter of 2018. The final product did not stick for a meaningful release until it was overlaid with the perils of this pandemic-stricken year. Today, he shares his most cohesive work yet. 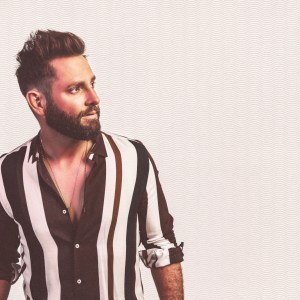 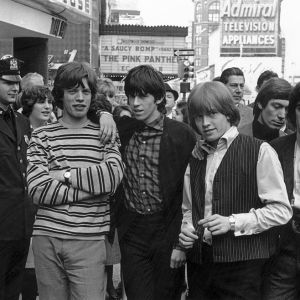