Scott Hirsch often wonders what came first: was the time limit of an LP created by the record label or was the vinyl record designed upon the discovery of the perfectly palatable length of roughly 20 minutes of listening per side?

“The focus of our brains is sort of geared to accept a 20-minute chunk of three of four songs,” Hirsch tells American Songwriter over the phone. “And then it’s like, ‘Okay, break time’—you have to get up out of your chair, you have to go over to the record player, o flip it and then you have to put it back on. So you’re engaged on this physical level.”

With this in mind, Hirsch describes his record-making process as holistic. A founding member of Hiss Golden Messenger, Hirsch was integral to the band’s formative years in the studio and on the road. His sonic imprint remains on their productions; most recently mixing the forthcoming album Quietly Blowing It. He also has recorded and mixed Follow The Music, the Grammy-nominated record by the legendary folk-singer Alice Gerrard and has produced and played on records by William Tyler, Mikael Jorgensen of Wilco, Orpheo McCord of Edward Sharpe, and Daniel Rossen of Grizzly Bear.

His most recent project was more personal, and the product of an unprecedented amount of time to hone in on the inconceivable. He is hesitant to call his third solo album, Windless Day, a pandemic record. Released October 8, much of the project was penned during the months leading up to last March, and when it struck, the artist retreated to his own Echo Magic studio in his Ojai Valley home, just north of Los Angeles.

“This time felt so much different in that I had no sense of urgency,” he says. “There were a lot of horrible things that came along, but that was one silver lining for me was I just had endless time.”

In the silence, Hirsch leaned further into his songwriting on this record. “Some of that has to do with the time I had, I didn’t let any lines go to waste,” he says. “Not that I didn’t try hard before, but I was afforded the energy to vet every line and every word, and that felt nice.”

Over 10 songs, a story took shape. But his stylistic storytelling requires each of the preceding and proceeding tracks to meld into each other to portray the full picture. Hirsch does not consider his work to be a “concept album.” Instead of an overarching theme, the artist remains hyper-conscious of how each song works with the others.

Other artists might write 60 songs to sift through and select the best 10. But Hirsch is more efficient than that. He admittedly threw out one or two songs that didn’t fit into the sonic narrative, but much of the album maintained its skeletal shape from start to finish.

“Wolves” reflects one of those rare moments where the words flowed out of him in a very short amount of time. Intentionally placed in the eight position, the track offers a much-needed reprieve from the darkness that subconsciously spilled over into the album from the artist’s experience grappling with the incomprehensible reality stewing outside his studio window.

“Lyrically,” he says, “it’s talking about if you’re gonna fall, you’ve got to fall up—make your mistakes count in a way that’s helpful for you.”

Though ironic given the circumstances, Hirsch welcomed more people into this crafting process than any of his previous projects. Involving some of his closest collaborators a little deeper pulled inspiration from the deepest corners of his psyche, wielding that influence in previously inconceivable ways. For the first time, he handed over a portion of the production wheel to Daniel Wright and Jesse Siebenberg, who he worked intimately alongside to co-produce the record.

“It is both harrowing and exciting at the same time to allow someone into your process; especially someone like me who keeps it so close to the vest,” he says. “But it was really fruitful, and I’m grateful for their contributions.” 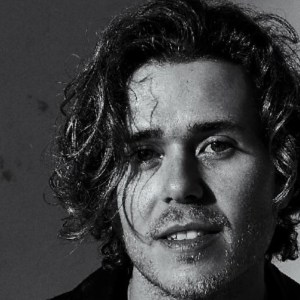 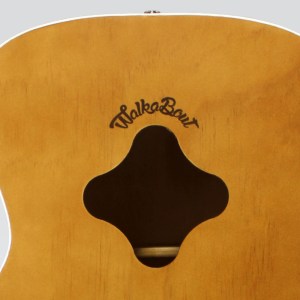