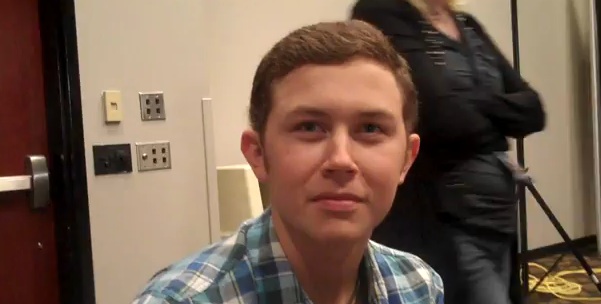 Baby lock them doors and turn the lights down low. During this weekend’s American Idol Live tour stop in Nashville, country music’s next big thing Scotty McCreery took time to talk to the press about his debut album, meeting Lady Gaga, and his upcoming music video. While he doesn’t expect to have any cuts on his debut record, McCreery is indeed a songwriter.  Check out the transcript below.

You didn’t have a show here yesterday, what did you do with your time?

Yesterday I was in the studio working away and recording some songs for the album. I got two or three done.

Where were you at this time last year?

When can we expect and album from you?

Probably sometime early fall. That’s when we’re looking to get it out.

You just played Raleigh. Can you talk about that?

Oh, it was incredible. They were seated all the way to the rafters. They were a great town to go to for everybody. All the Idols had a great time there, saying how energetic and crazy it was there. It was definitely nice to get back and see friends and family that I’ve missed for so long. I could spot them out in the crowd and I’d give them a little wave. But it was definitely really nice.

Have you written songs before?

Oh yeah, I’ve definitely been writing. For this album, I don’t think any of my original stuff will be on it because it’s happened so quick for me. It’s been rapid fire. But yeah, we’re definitely still writing and jamming out on the bus.

What’s your first thought when you take your first step on that stage?

I’m always looking out in the crowd and judging if they’re up on their feet. And if not, if I have to work them to get them up. I’m just thinking it’s great to be here, it really is. It’s amazing that I get paid to do what I do.

Nashville, is a little bit of a different crowd, especially for you. Do you feel more pressure knowing that there’s more industry, more media here than most shows?

What can we expect from your music video [for “I Love You This Big”]?

It’s just pretty much a simple performance. A summertime barbecue kind of thing. July 4th with the fireworks and hot dogs and everything. It’s good stuff. Good ol’ kind of community thing.

Was it everything you thought it would be when you went to shoot it?

It definitely was. From what I’ve heard from the Nashville people, it’s a little different in this town than it is in L.A., but we’ve found a little spot of country in L.A. to do it. I wouldn’t have done it in the concrete jungle out there, surrounded by skyscrapers. But it was definitely nice, a lot of fun.

How are you dealing with life on the road and touring right now?

It’s a lot different than life back home. The bunks are a little shaky, but it’s all good and fun. We’re having a good time out there and like I said, jamming out with guitars and having a good time. Bojangles catered the bus after the Charlotte show. We had a good time with that. Life on the road is a lot of fun. It’s something that every artist dreams of, touring the country and selling out arenas, so it’s really cool to be doing this.

Is it what you expected or is it different?

There’s things that you see and you expect and there’s things that just totally throw you a curve ball, like this press thing. You don’t see the inside stuff, all you see is the stage stuff from the outsider’s point of view. All this inside stuff and the backstage things that go on are definitely different, but I’m enjoying it.

What was your experience like meeting and working with Lady Gaga?

She was definitely interesting. She’s a unique artist and that makes her who she is, so I respect her for that. But I think we have two totally different takes on the ways we want to go with our music. It was fun, I was definitely laughing for most of it.

Yeah, Don Was, he was the man. He was great to work with. He’s worked with a lot of the best. We were working in a lot of different studios and he was telling me memories he’s had in this studio and that studio with Frank Sinatra and the Rolling Stones. He was a really cool guy and he played bass on some of the tracks. It was nice working with a guy like him so early in the game.

Totally different. For the album, I look for songs that I can relate to so I can feel it and sing my hear out with it. I think through that, the audience, through listening to the album, will appreciate that and feel it as well. For the show, you’ve gotta pick songs that you can sing and you like, but the audience has to like it because on Idol, it’s a voting show. If the audience doesn’t like your song, then you’re done for and you’re going home next week. It’s definitely a whole different thought process when you’re picking songs for the album versus the show.

You were mentored quite a bit on the show. What piece of advice really stuck out to you?

What have you learned so far about what it takes to build a career in music?

I’ve learned a lot and I still have plenty more to learn. I mean, I’m young and this is pretty early for a teenager to get in this business. You’ve gotta pick the songs and you’ve gotta relate to the audience and you’ve gotta do a lot of stuff behind the scenes to make things go right and to make the process smooth. We had a team meeting with the guys at the label and my attorney and business manager like two days ago to lay down the groundwork. We set goals up on the boards and we were like “This is what we want to do, and this is how we’re going to get there.” So, you can never really plan out stuff in the music business. From what I’ve learned, and like I said I’m still new here, you can’t plan it because things happen here and there and you’ve got to go from there and work to get here. But hopefully it works out. 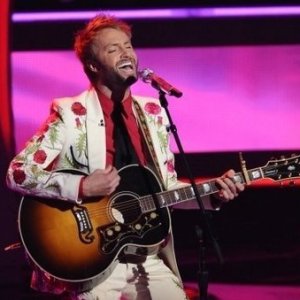 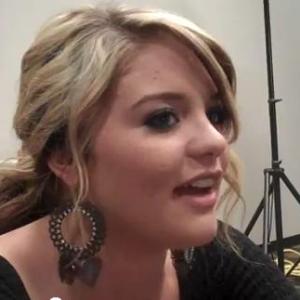