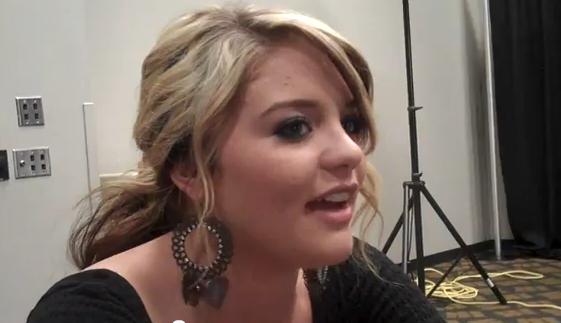 During American Idol‘s tour stop in Nashville this weekend, second place finalist Lauren Alaina, who’s poised to become the 16-year-old version of Carrie Underwood, talked to the press about recording her new album, writing songs with Nashville vets, and what it was like to have to remember all those random lyrics on the show. Check out the transcript below.

You were in this building a little bit more than a year ago. When you walked back in, what were the strongest memories that came back?

Well, this is where I auditioned, so everything that has happened to me started in this building, literally. I didn’t really think about it when I first walked in and then I was like, “Wait, this is the Bridgestone, right? This is where I auditioned.” And then I had this ten seconds where I was just looking around because the last time I was here, I didn’t see any of this stuff. I was in the arena with 16,000 other people hoping to be the next American Idol.

Actually I have this really funny story about when I auditioned. I had tried out for Chattanooga Idol, which is this thing in Chattanooga where if you win, you get to cut all the lines and you don’t have to sleep on the sidewalk and you go straight to the judges. And I didn’t win. I got sixth place. So I watched the guy that won walk up to the table and not make it. And it scared me so bad. So I was like, “Mom, let’s go, let’s just leave. He beat me by five places so let’s just get out of here.” And actually I got up and walked away and I was really upset. My mom talked me back into it, thank goodness because I got runner-up and I’m pretty happy with that.

What can we expect on your upcoming album?

I feel like my album has a lot of different types of songs. It has the sweet ballads with really good stories and then some really fast songs that people can get into and dance to, and that’s my favorite type of song. I hope everyone likes it.

What producer are you working with?

Byron Gallimore. He’s awesome. He has a nickname for me. It’s Laurenski. It’s just what he calls me. He was going to call me Laura Bell, but he said he couldn’t call me that because of Laura Bell Bundy.

Are any of your songs that you’ve written making the album?

We’re in the process of recording and then we have to listen to all of them and decide which ones make the album. But I have recorded one that I wrote so far, so we’ll see if it makes it.

Was it hard to remember all those lyrics on American Idol when you had to do a song?

I actually have the best memory in the world. I can hear a song one time and remember it. Maybe not the melody, but the words just get stuck in my head.  That’s like the easiest thing for me, is to remember the words to a song. And that’s usually everyone else’s struggle. So when we were at Hollywood week and we had to learn all these new songs, everyone was stressing about their lyrics and I wasn’t really worried about it, because I can learn the song in like an hour. I can listen to it 4 or 5 times and have every word memorized.

And that was really helpful when I was recording in the studio, because when you get songs you’re listening to them and you’re having to memorize them, it’s a lot harder to read it off of the sheet and try to get into it and sing it than actually have it in your head already. So I had a little bit of an advantage because I was really good at remembering the words. All I had to do was listen to the demos so I could hear the melodies. That’s the problem I have sometimes, is remembering the melody.

What’s your very first thought entering the stage in front of all those people?

When I get on a stage, my body just flips a switch and I’m just in stage mode. And then I walk off the stage and I’m back in non-stage mode, I guess. I’m more comfortable on the stage than probably anywhere. I’m a little nervous about tonight though, because this is where my record label is and all the really important people that are a part of my career now. And my whole family is here.

My home is in Georgia, so technically Atlanta was my home show because that’s the state that I live in, but most of my family is coming here because Nashville is closer to where I live. It’s an hour and a half from where I live and Atlanta is like two hours or two and a half hours. So it’s kind of like we split them up. I perform better in front of people that I don’t know than people that I do know. If they know me it just makes it different.

It’s good, I’m actually in heels now. Well sort of heels, they’re wedges. It was just a sprain and I was supposed to wear the boot a little longer than I did. I took it off because I’m all about moving on the stage. I love to move around and I couldn’t do that in that boot, so I took it off and walked on it on the off days. It hurt at first, but the more I walked on it, the stronger it got I think. Sometimes the doctors tell you that the best thing for you to do is walk on it because the longer you don’t walk on it, it gets weaker and weaker. So I just worked it out until it was better.

Your first single is beautiful, what can we expect from your music video? Were there any surprises or challenges when you went in to shoot it?

The song’s about my mom and I know everything about my mom, so it was easy for me to sing about her. She was there watching me through the screen, so that was really comforting. She’s always with me, so it would be weird for her not to be there. I didn’t think it was really hard because I’m used to cameras being around because of American Idol. It was just different because I was singing to a camera lens, but this time there wasn’t anyone on the other side watching. Like it wasn’t live. So we would stop and do it again. That was a little strange to me, but it was a lot of fun. I got to get my hair and make up done and they did a beautiful job and I’m excited for everyone to see it.

What did your mom think the first time she heard that song?

She cried. I cried the first time I heard it just because my mom went through the whole experience with me and she didn’t get any credit for it. Every time I was upset or wanted to go home, she was always there to give me a hug. I feel like Scotty and I both had that advantage for our moms to be there. Of course at points it can be a bit annoying because she’s always got her opinion, but her opinion matters more than anyone’s. Even though sometimes I disagree, she’s almost always right. I feel like we had the advantage to have our moms with us, so I was really fortunate.

How are you adjusting to life on the road with the tour?

It’s a little different to be on the road than to be on the show because we sleep on a bus and that can be a little challenging. It’s just hard to sleep. It’s not that big of a deal besides the sleeping thing. It’s really important for us to get enough sleep to be able to perform well on the stage. Sometimes that can be a challenge but other than that it’s a blast.

With everything going on in your schedule, are you getting a chance to write at all?

Actually yes, I have had two writing sessions with Brett James and Luke Laird. One of the songs that we wrote is the “Possible” song that may make the album. I feel like we write really well together and I’m excited to see if it makes it.

What’s that song about?

Are you still in touch with any of the judges?

Not really, but Steven Tyler and I have the same music lawyer so I’m sure I’ll see him at some point.

Did you get the impression that they listened to country music much?

Yeah, Jennifer, actually I heard her one time say off-camera that she loves country music because it tells stories. That was really interesting to me because every time someone asks me why I like country music, that’s what I’ve always said. It was really cool to hear her say that because she doesn’t sing country music. 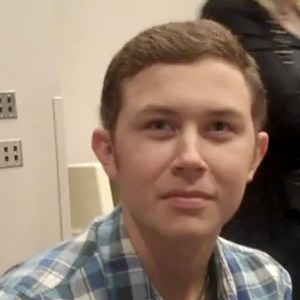 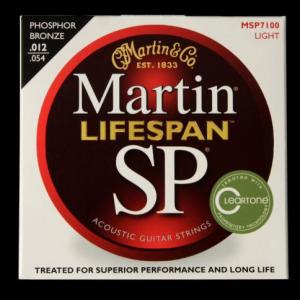