In the midst of a year defined by global pandemics, technological advancements, cultural shifts and an overall sense of philosophical chaos, Irish singer-songwriter Seamus Fogarty is clearing a space for some contemplation.

On November 6, Fogarty released his new masterpiece of an album, Bag of Eyes, via Domino. Combining undeniable, folky songwriting with a spread of strings, woodwinds, synthesizers and soundscapes, Fogarty has crafted one of the best musical interpretations of modern living in recent memory.

Whereas other expressionistic takes on our world today manifest in an embrace of post-irony — like hyperpop — Fogarty seems to be reimagining New Sincerity for a 2020 audience… and it’s really working for him. Throughout the record’s 12 tracks, he takes the listener on a journey through scenes, memories and slices of life… sometimes literally. Recorded sporadically over the past two years, Fogarty features all sorts of different characters on his record. One notable cameo comes from his 2-year-old daughter, who appears a couple of times in the background. Another comes from a fella named Dom who hopped on stage to tell a story for Fogarty at a live show back in 2018.

Through these cameos, through the record’s complex and intricate production and through Fogarty’s expressive lyrical and vocal presence, Bag of Eyes is a special kind of album. It conveys the complexities and stresses of living in a world where you are constantly bombarded by information from all ends. It communicates the anxieties of biding while the world around you constantly changes. It exhibits true catharsis at points. Yet, at the same time, there is a delicate sense of solace in Fogarty’s work. There is a sense of hope, of peace, of love. That sounds cheesy to say, but it’s rare when you find something which so genuinely embodies all of these things at the same time.

Last week, American Songwriter hopped on the phone with Fogarty, who was in London “sitting on pins and needles” watching the election results pour in from across the Atlantic. As we discussed Bag of Eyes and the time he spent making it, it became clear that Fogarty is pretty much as earnest as a songwriter can be in 2020. Reflecting on his life, his loved ones and his artistry, his language exhibited the same atmosphere that his writing does.

Tell me about Bag of Eyes – where did the inspiration for it come from?

Well, I guess I started working on it around two years ago. Maybe a little before that, actually. I have a 2-year-old daughter — I put out my last album in 2017 and after that I knew that I had this daughter coming along. I was thinking ‘Well, if I want to get another album together, I better start cracking before she arrives.’ So, that’s what got me moving on this record. I had also been touring for the last album. I really enjoyed playing those songs with a band. I just wanted to write something fun to play with those guys.

So, I went away to the south of Ireland for a couple of weeks, right at the edge of the Atlantic. I stayed there and very soon after that a close friend of mine passed away as well. He ran a record store and he was a frequent, big supporter of mine. He was like my guru. He put on the first gigs we ever did. He was always pushing me to do new stuff. So, all of that was on my mind. That was the beginning of it.

Between the birth of your daughter, the passing of your friends and the overall change around the globe — does the world you’re putting this record out into feel different from the one you started it in?

That’s a really good point. That was the other big… well, ‘inspiration’ is the wrong word. Having lived in the U.K. for a number of years and gone through the Brexit vote, you begin to see some of the sinister undercurrents of society and politics. That started to affect my writing too, even though before that I always tried to keep politics separate from my music. But, just within the past few years, you can’t avoid it anymore. I was in that slice of solitude, reflecting on that friend of mine and others who have passed. So, all of those themes got onto the record.

So, you recorded this record over the course of a couple years. What did that process look like?

Because this record was made right before and after my daughter’s birth, I didn’t have an infinite amount of time to work on it, whereas before I would just kinda sit on tracks for months or years. Every evening I tried to write a bit — some of it was kinda gibberish, but just by doing it every evening, I could see more ideas start to appear. From there, I kinda cobbled together the songs. It’s a patchwork approach. It’s not as much about ‘me’ as the other albums. A lot of the songs center around characters and even those characters are actually just composites of different aspects of people I know. I just stick it all together and see what happens.

I also said I wanted to lean away from guitars, but that was really just because I had been playing the same guitar for the past 20 years. Instead, I got a banjo and a Moog and a drum machine and some other things. I’d start with something like an arpeggiator and then pick up the banjo. So, it still has that folk-y sound, but it also embraces a more electronic style that I’ve always loved.

Well, with the last album I would’ve been playing and touring, which allows you to have a certain relationship with the songs. This was the first time that I really sat down to write an album from scratch. That was really daunting, especially without the chance to play the songs live first. It came down to ‘Well, I know this track has something going so I gotta keep going.’

In a way, the juxtaposition between the chaotic, synth-y moments and the solaceful, folky moments mirror life in the world today. Was that something you were thinking about?

Absolutely. That kind of chaos… well, it’s really difficult. I feel like it’s more difficult to concentrate on stuff than it was before. There are so many things happening in the world, everything always vying for your attention. You take out your phone and start browsing.

Now with COVID, life — to me, anyways — seems to be constantly chaotic. I’m trying to do one thing but I’m thinking about something else and then I know that something else is happening and I’ve got to check what’s going on with that. On top of that, becoming a new father was the icing on the cake in terms of turning my world upside down. But that was in a good way. That was a very positive thing.

How did having a child change your artistry and life? Did it add an extra sense of gravity?

Well, to be honest with you, I don’t feel like I have time to think about things in that way. It was more of a challenge of trying to do everything I wanted to do while also taking care of this new human. It was a logistical shift, really. My partner is a musician as well, so she’d be away or recording with someone too.

At the same time, having my daughter had the effect of bringing everything into focus. She actually made it onto the album, that’s my nod to her. She’s on the record screaming, actually. On the track “Nuns” there’s a big wig-out and you can hear a baby just screaming. That’s my partner Emma playing the saxophone too. We were trying to record the saxophone in the house and we were trying to get a crazy, squeaky, ear-splitting sound from it. But, my daughter was there and she was like ‘No!’ So, we ended up catching her protesting in that way. I should say too that we don’t play saxophone loudly in the house other than a few times, in case anyone out there thinks we’re being bad parents. So, that’s my nod to my daughter. She’s on the interlude track too, jumping up and down on a synthesizer.

Tell me about the spoken word sample at the end of “Ghost” — that came from an audience member at one of your shows?

That was from a 2018 show in Dublin during the tour we went on for the last album. When we were touring that album, there was a certain track — “Curing Hands” — where during the live show I’d tell the audience ‘Hey, there’s an instrumental section in the middle of this track. It would be really great if someone from the audience could come up here and tell a story or just say whatever’s on their mind. This is your chance to say whatever you want.’ It was really cool, it was always a lovely part of the show. Not every show had someone actually get up and tell a story, maybe around half of the time we’d get someone.

But, there we were in Dublin and this guy — Dom — stepped up and said ‘Yeah, I’ll tell a story.’ It’s funny — when we were playing the song at the show, it sounded pretty cool but I honestly couldn’t really hear what he was saying. But, I could see that the audience was into it. Some people asked me after the show ‘Did you rehearse that? It was really cool!’ We didn’t, Dom just hopped up and told that story.

Well, I happened to record that show. I was listening back to it when I was thinking of ideas for this new album and I heard Dom’s story. I was like ‘Oh man, this is amazing.’ Even though it’s quite funny, it’s a beautiful story. I just took a bit of Dom’s story and plugged it into the final section of ‘Ghost.’ It was a beautiful day, it made the song feel finished.

That ended up becoming my favorite moment on this record. I remember finding Dom on Twitter and asking him if I could use his story. He was delighted, he was like ‘Yeah, absolutely!’ The song’s about memory — Dom’s story fits in there beautifully.

What do you hope listeners take away from this album?

Hmm… you know, I don’t know if they have to take away anything. What I will say is that I remember when we got the test pressing back from the vinyl factory. When I was putting the album together, there was this hope that I would create a ‘sonic trip’ for the listener. When I was listening to it, I was like ‘Yeah, I achieved what I wanted to achieve.’

Give it the time to sit down and listen to it — not even necessarily from start to finish. Listening to the whole thing is the best of all, but even if you just listen to tracks one through six and then tracks seven through 12, I think it’s a really nice trip. I think it brings you somewhere. I think a lot of things take away from us, it’s nice to be brought somewhere. Listen to it and go wherever it takes you, really.

Watch the music video for “Jimmy Stewart” by Seamus Fogarty below: 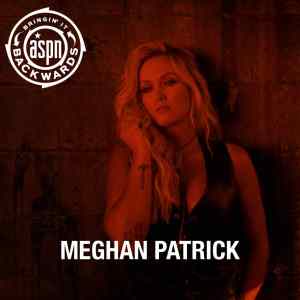 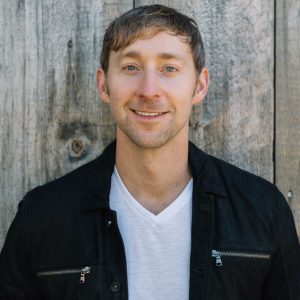