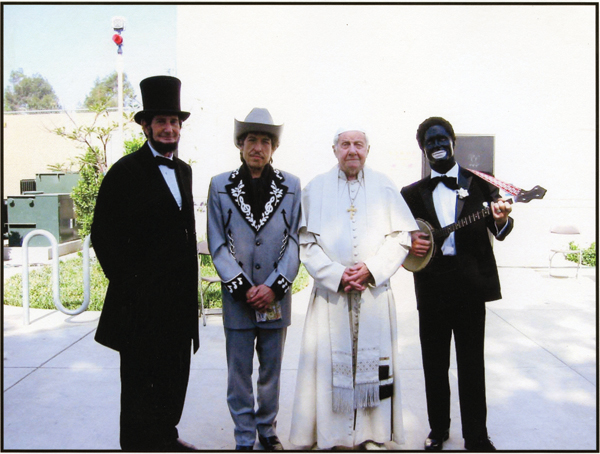 With Bob Dylan In America, historian Sean Wilentz has written one of the best books on his subject to date. We talked to the Princeton professor about the master songwriter’s accessability and influence, and which Dylan movie he’d willingly sit through again.

There are so many Dylan books out there. Why write a new one?

Many of them are biographies, which this book is not. Mine talks about everything from his trials as a harmonica player to people considering him a Zen master and all the rest of it. I wanted to find a way to connect his body of work with larger currents of American culture, historically as well as aesthetically, and to see how he has both distilled and then made his own sorts of currents in American history. I saw continuity, as well as sharp differences, in what he’s been doing in the last 15 years or so. Which has to do in part with the way he mediates between the past and the present, in particularly sophisticated ways.

There’s a great chapter about his relationship with poet Allen Ginsberg.

The two of them had a profound impact on each other in terms of cultural imagery. Dylan helped inspire some of his greater poems, including “Whichita Vortex Sutra.” Ginsberg helped legitimize Dylan’s lyric writing as serious poetry, and Dylan helped render Ginsberg into a kind of pop figure which he had not been before.

Dylan has been hugely influential on music and culture, but has he had the same amount of influence as someone who’s more musically accessible, like Paul McCartney or Bruce Springsteen?

A lot of that depends on what you mean by influence. The Beatles certainly sold more records than Bob Dylan has, and probably had a broader impact in terms of a mass following. But I certainly can’t imagine Bruce Springsteen’s work without Bob Dylan’s. The Beatles, when they got into their Rubber Soul and Revolver period, were very influenced by him. So if you’re talking about artistic influence as opposed to “sway” over fans, there’s a case to be made that Dylan was much more influential than any other artist. He not only had his own following, but he also affected the terms in which rock music, in particular, was written after 1965 more than anybody else.

Do punk and rap have ties to Dylan?

Punk, absolutely. A lot of punk people like Patti Smith and The Ramones, when they started out, they were trying to recapture some of the rebelliousness that they had seen in Dylan ten years earlier, and that they thought rock and roll had lost. Rap, not so much because it comes out of a different place. Although it’s interesting when you listen to Theme Time Radio Hour and listen to Dylan talk about rap. He talks about it very knowledgeably. He’s certainly aware of and respects enormously what those guys are up to.

Do you think any artist of today’s generation can have the same cultural impact that he had?

We’re gonna have to see, won’t we? I think it’s too early to tell. No one could have predicted Bob Dylan’s cultural impact in the 1960s or even in the 1970s. In terms of the way he affected songwriting and the course of the American culture at large, that’s only become clear over time. But do I think that there will be cultural figures that will come along and change things? Sure. Bob Dylan wasn’t the first and he won’t be the last.

Which Dylan movie would you rather watch again? Renaldo And Clara, Masked And Anonymous, or I’m Not There?

Oh, Masked and Anonymous, by far. It was smashed by the critics, who for some reason, when they listen to a Dylan album, can accept things that they can’t when they look at a Dylan movie. But I found it pretty accessible, even though you have to look at it several times, but then you have to do that with Dylan songs too. It’s a very interesting film about America and Dylan, and rock culture, and about all of these things, including the highest levels of American politics at the dawn of the 21st Century. I think people should give it a second chance.

When you’re putting together this book, how do you avoid “Bob Dylan burnout” as you’re going through all his stuff?

Ha! That’s a very good question. There are historians who spend their entire lives dedicated to Thomas Jefferson or Woodrow Wilson or a place or class of people. And I’ve skipped around a lot more. So I haven’t spent my entire life thinking about Bob Dylan. I’ve been fortunate enough to move around a great deal.

Have you seen him in concert recently? Reviews are always split down the middle.

His shows can be good and his shows can be not-so-good. Dylan does an excellent job of using his voice as it currently exists as best he can to convey what he wants to convey. And on a song like “The Times They Are A-Changin” it can be very poignant to hear that sung by a 69-year-old man who’s been through a lot of changes and has seen a lot of them. I mean, Mick Jagger is wonderful. How he manages to do it is beyond me, but “I Can’t Get No Satisfaction” is a song of a 20-year-old guy. “The Times They Are A-Changin’” can be sung by a 23-year-old, a 53-year-old, or a 69-year-old and have a different meaning each time, in a way that most of rock and roll can’t. The performances today give you a shot at hearing that, at hearing late Dylan singing early Dylan. If you’re going to one of his shows and expecting an oldies performance of note-for-note the way “Highway 61” was in 1965, you’re gonna be disappointed. That’s, to me, part of the thrill of it. I always come to Dylan shows with the expectation of learning something new about the songs or hearing the songs in different ways, and I’m often very pleased with what I hear. 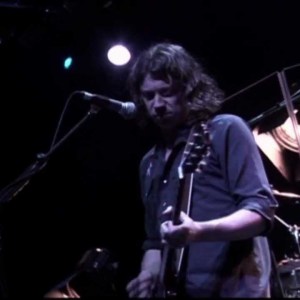