Up till he was about 14, Shaun Morgan spent most of his time climbing high up in the avocado trees on his family’s pig farm as a kid in South Africa. But everything changed in 1991 when he heard Nevermind, the album by Nirvana. Ever since, Morgan’s been ushering that unchained post-grunge power directly to Pretoria to form Seether, the most successful hard rock band ever to have emerged from the country.

First, he was in a tribute band playing songs by Tom Petty and Creed. Next came a rock quartet called Saron Gas. When their lead singer/guitarist didn’t show up to a gig, Morgan took over as frontman, and in the tradition of Hendrix, Cream and Nirvana, they decided to remain a trio.

They released their debut album, Fragile, in 2000, continuing to perform under the name Saron Gas until 2002 when they released Disclaimer, their first album on a major label. They changed their name to Seether upon learning that sarin gas — which although not spelled or pronounced exactly the same was too similar for comfort — is a toxic chemical.

That summer, their single “Fine Again” became an American hit, followed by “Broken,” an acoustic duet with Morgan’s then-girlfriend Amy Lee of Evanescence. It was their highest-charting single.

Morgan remains the humblest of musicians, a crisp exception in an industry rife with egocentric rockers. But it’s not false humility at all. For a man from a pig farm in Bloemfontein to become known on the world stage as leader of a globally-acclaimed South African hard rock band, Morgan says it all still feels like it’s a dream. He’s not trying to dismiss what he’s accomplished; he’s simply trying to accept it.

“I get updates and see the ads and hear the songs on the radio,” he says, “and ask, ‘Is this real?”

Paired with his bountiful modesty, Morgan has an empathetic soul and recognizes the incremental societal shifts that divide and distance people. It’s reflected on Seether’s new album, Si Vis Pacem, Para Bellum (If You Want Peace, Prepare For War), which questions just how normal many of our newly accepted cultural norms really are.

“There’s a general misconception,” he says, “that the album is political but I generally steer away from that. It’s more a social commentary on the focus of social media and its destruction of interpersonal relationships and society as a whole. It’s very strange that people prefer to have communications via text or email over a phone call or in-person conversation, which I see as detrimental to society and especially kids today.”

Since having kids, Morgan sees the world through a different lens. When he was in his 20s, as he admitted, all that mattered to him was getting high, getting hammered and playing gigs.

“Now I’m a parent and I have a family and things have slowed down,” he says. “And I pay more attention to what is going on.”

This change has impacted his songwriting, which reflects the consciousness of a dedicated parent more than an angry rebel. Up to now, Morgan’s stayed true to his role as an unabashed Nirvana devotee using their singular sound and dynamics as a template for Seether.

Part of that template involved Kurt Cobain’s willful abandon of sensical lyrics to reach beyond words to realms of great emotional intensity. Morgan let that raw power lead when shaping his own lyrics, creating Seether classics like “Fine Again,” “Remedy,” “Fake It” and “Rise Above This.” But his “propensity for purple prose,” as one critic put it, has diminished with the years to embrace a new lucidity in his lyrics. Because unlike his idol, Morgan’s life didn’t end at 27, but expanded. Parenthood, plus global success and fame, has changed him. Still delivering his signature merger of seamless melodies with heavy, intense music, the focus of his lyrics has evolved.

“Dangerous,” the lead single off the new record, weds his cherished Nirvana-like dynamics with a perspective colored by the real-time parenting of a teenage daughter. The new songs on Si Vis Pacem, Para Bellum represent a change when those ideas which plagued him as a parent and a person began bleeding into the lyrics.

“Usually I don’t have any plans when writing,” he says of the lead single, “but my first thought was that I need to come up with cadence, melody and a word. Originally it was, ‘It’s so dangerous, it’s so dangerous.’ and I thought repeating it was lazy. But I always like to rhyme, so it started taking shape from the chorus to verses. And a lot of that social commentary crept into those verses, without being too specific but also specific enough to make people uncomfortable or understand what I’m saying. At the end of the day, it’s me looking at society and saying, ‘You guys are killing each other.’

“The line in the bridge that really gives it away, “ he says, “is ‘your name is verified.’ But I don’t think I wanted to present it subtly, I wanted to say that this is getting over the top.”

His love for rhyme and rhythm started in high school where he cited his English teachers as some of his biggest encouragers. He excelled in English in South Africa, where they put an emphasis on learning the beauty and timelessness of Shakespeare’s sonnets, something not as equally weighted in American schools. And when he needed a counter to his Elizabethan lines, he found himself enthralled in music of sheer emotive darkness, such as Nick Cave, The Cure, Nirvana and Pearl Jam.

“A lot of the music I listen to is full of lyrics that are well thought out,” he says. “I like Nick Cave for more dark imagery and I love The Cure. I always thought they were this romantic goth poetry. And I was a fan of Nirvana and Pearl Jam growing up, and their lyrics at times were almost vague and nonsensical.

“Visually, I’m a fan of symmetry. I really appreciate the order of that. So maybe there’s a small level of OCD in me, but I think it’s more difficult to rhyme words when they also make sense.”

Morgan produced the new album himself for the first time, having been schooled by watching Brendan O’Brian (Pearl Jam, Stone Temple Pilots, Bob Dylan) in action as he produced their last several records.

“I experimented on the last album with producing,” Morgan says. “We had such great producers before like Brendan, and I learned so much from him. And when we did a second album with him, he had less notes and then the third he had no notes, and I’ve always kind of looked up to him. He even defended me against labels when they said we needed to bring in another songwriter. He helped me feel more confident going into the producer side.

“There’s producers that come in and help bands where it’s needed and then other producers will change everything to suit what they think the band should sound like,” Morgan says. “They end up using the same guitar sound or drum tones on every album because they have found a niche and you end up having a bunch of different bands that sound the same even though they might be musically different.”

Morgan also made individual gear a factor in the production process so they could adhere to their sound across varying platforms and situations of live versus studio.

“It’s important to use my own guitar, amps and mics,” he says. “That may not seem to make a difference but when you dig deeper you realize there’s a reason why we sound a certain way live and don’t sound the same way on albums. When we play live, we play completely different rigs, we’re not playing Gibsons through Marshalls, but Schecters or Music Mans through Mesas or Bogner, so it’s a completely different sound.”

Even as Seether graces the stages of Ozzfest, Rise Above Fest, Audioslave tours and so many other summer festivals night after night, Morgan said he still doesn’t think of himself as having “made it,” not in any traditional rockstar sense anyway.

“I didn’t think we would be doing this for 20 years,” he says. “I thought it was really cool when we got onto Ozzfest in 2002, I thought if we could keep this up and have another album or two and be able to say we did it, that would be cool, and I kind of expected that we would all crawl back into our holes and lives before. It’s wonderful to still be doing this and do it for a living.”

Within the dizzying perpetual chaos of countless festivals around the globe, some moments rise above all others. For Morgan, it’s one moment that would bring his young dreams and current status full circle. Backstage during the 2005 Audioslave tour, the late Chris Cornell of Soundgarden and Audioslave asked for a favor.

“Chris asked me to sing ‘Fell On Black Days’ with him on stage,” Morgan recalls. “It was just me, him and an acoustic. I was 26 at the time, and 10 years prior to that I was in a bar playing that same song, but terribly. I didn’t think I had made it, but it was the coolest thing I’ve done in my entire life.”

When Morgan ponders the future, he’s content in the knowledge that Seether won’t have to “crawl back into their holes and lives before,” but remains unsure what the next album or song will sound like. All he knows is that he will make it.

“We’re just a rock band who plays rock music,” he says. “I always want to feel that what I’ve written is honest lyrically and emotionally and comes from a place of experience, while it is fun to play. I don’t know how the next album is going to sound, but I know the approach. I’ll sit in this room for hours a day and write music. Some songs I’ll put in one folder and others maybe I will put it in a different folder to release after I’m dead, because you have to write the bad songs to know the good songs.” 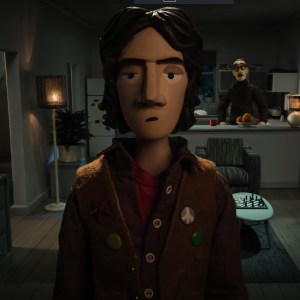 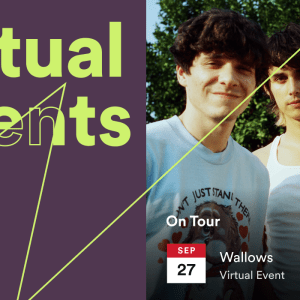