Suffice it to say, it’s clearly significant when you can enlist a living legend like Booker T. Jones to produce your new album. So credit Matt Berninger, the erstwhile lead singer of The National, for achieving just that. It’s quite an accomplishment, and considering the array of other artists he managed to engage as well — National bandmate Scott Devendorf, Andrew Bird, Walter Martin of the Walkmen, Mickey Raphael, David Bowie’s bassist Gail Ann Dorsey, Willie Nelson’s longtime sideman, among them — he clearly had the cache to encourage some high profile participation.

Ironically then, Serpentine Prison, Berninger’s first solo outing, belies any sense of clutter or convention. Its autumnal sound and somewhat sparse setting convey an elusive ambiance — haunting and yet strangely compelling all at the same time. Jones’ production isn’t actually ornate in any true sense, but it is supple enough to convey a distinct mood and mindset that’s almost ethereal in its shimmering set-up. Indeed, these songs have a way of creeping up on the listener without warning, and burrowing deep under the skin despite even the slightest hint of fair warning. It can appear foreboding at time, and elusive to a great degree, but when the arrangement begin to build and the clouds gather and slowly creep over the horizon, it makes an emphatic imprint. That’s especially true of such songs as the moody and morose “One More Second,” the solitary strum of “Distant Axis” and the serene yet uncertain “Take Me Out of Town.” In truth however, there’s not a single selection here that avoids the sense that it’s haunting and harrowing all at the same time.

Still, for all the shifting circumstance, Serpentine Prison is a breathtakingly beautiful album. “Colour of Your Shirt” and “Oh Dearie”  are, at their essence, love songs, wrought with uncertainty and quiet contemplation. Berninger’s romantic inclinations liken his delivery to that of a tortured poet, one who pines for hope in the midst of happenstance, but often finds his dreams circumvented by sheer circumstance. “It’s all for nothing,” he laments in the song of the same name, and his disappointment is palatable in through plaintive tones. “Baby I’m going to be fine when I figure out where I’m going,” he insists on “One More Second.” Even when the rhythm begins to meander ever so slightly — as on opening track “My Eyes Are T-Shirts” and the loping “Silver Springs” — it’s still evident that the shades of uncertainty don’t linger all that far behind.

If Berninger intended to establish an imprint beyond his day job, he certainly succeeded here. Once Serpentine Prison opens its doors, visitors will likely find it hard to leave. 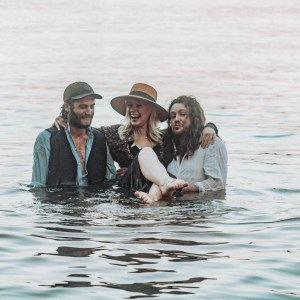 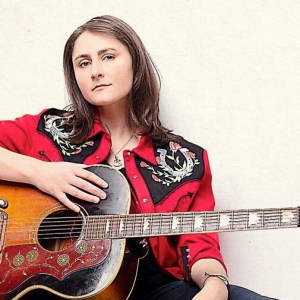