“For a number of years, I had been a cultural ambassador for the U.S. State Department, where they’ll send musicians like myself out to other countries for cultural exchanges,” Seth Glier tells American Songwriter. “In years past, I went to Mongolia, China and Ukraine, and last year, I was on my way to Mexico. When I went in for my first sort of briefing, the person from the State Department said ‘We’re going to be flying you home in a matter of days—everything’s shutting down.’”

For Glier, this was the moment the COVID-19 pandemic got real. Hunkering down in his Massachusetts home with his wife, all of his touring plans vanished. At first, to pass the time, he found himself remolding the stairs. “That’s kinda how this record came about,” he said. “I finished the stairs and I was looking for another project.”

In the end, Glier ended up doing some deep reflection on the pandemic, the world and his life—pouring these reflections into songs, he began writing what would eventually become The Coronation, his new album due on August 20. On June 30, he unveiled the album’s first single, “The Coronation.”

“This song was inspired by this article I read—I was watching the world around me just fall apart,” Glier said. “But, I don’t think I’m alone for this feeling: for pretty much all of my adult life, I’ve had this belief that human beings are right around the corner from something big. What I was starting to see was our society becoming more compassionate and empathetic than it had ever been before. With the x-ray of COVID over society, we got to examine how to heal some of those parts. So, I wrote ‘The Coronation’ as a kind of invitation for all of us to experience this new world, to try to build back even better.”

To this end—as also evidenced by his work touring the world on behalf of the State Department—Glier is a firm believer in the power of music, especially in times of hardship. “I don’t really see a big distinction between a social justice song and a love song,” he said. “I often contemplate the question ‘What are songs for?’ What is the job of a songwriter now? Before the pandemic, I saw my role as more of a journalist, telling stories. But during the pandemic, my job expanded tremendously—I realized that maybe the job of a songwriter is to imagine the future that we’re all going to try to build. It’s not going to happen from policy—so we have to make it happen.”

The production of “The Coronation”—featuring drums from Griffin Goldsmith of Dawes—only serves to augment the message behind the song. With a bubbling harmonic bed, a dynamic arrangement and a positively uplifting, vocal-led melody, the single comes to life, revealing Glier’s knack for insightful, idealist song-craft. Now, with this song dropping and more music on the way, he can’t help but feel hopeful at this moment.

“Am I hopeful?” he said, repeating the question. “That’s a simple question, but a very hard one to answer. In short: yes, I am. In the long, roundabout way: I’ve thought a lot about grief—that was the first place I went. I think about the amazing amount of loss in people’s lives right now, beyond the ordinary noise and struggles so many of us are consumed by. I think about grief in my own life, like my brother’s passing—when he passed, it was certainly like a temporary bereavement for about a year. But then, grieving my brother brought me to this territory of empathy, where I could relate to almost anyone. So, what I’m hopeful for is healing. I’m hoping that from here on, money is never the problem, that resources are never the problem—I wish for anything to be possible. I think that what’s going to get built from this place of grief is going to be a world of deeper and more profound connections with others.”

With “The Coronation,” Glier is playing his small role in ushering-in that new, brighter future. While one song might not change the world overnight, he has a tremendously poignant point that there is a responsibility for the artists and creatives of the world who feel so compelled to continuously challenge the status quo and imagine new possibilities. Imagination is powerful thing—Glier is perfecting the art of employing it for good.

Seth Glier’s new album The Coronation is out August 20—you can pre-order it HERE and listen to it’s title-track and lead single below: 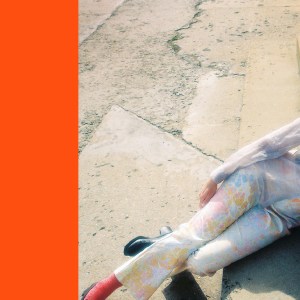 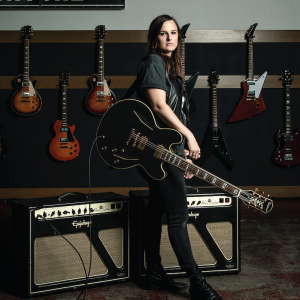