Chapman was interviewed live by the Country Music Hall of Fame’s vice president of museum programs Jay Orr. The running joke throughout was that she was pretty much doing both their jobs for them. He didn’t have to prod her with questions to get her to talk, nor was there anything to be gained by interrupting her congenial flow; he need only act as a guardrail if, in the zeal and wry humor of her storytelling, she started to careen off in some far flung direction. “Aren’t I an easy interview?” she quipped.

There was much for Chapman to talk about. For starters, she’s in the forthcoming Gwyneth Paltrow film Country Strong. She’d auditioned, she said, mainly because she thought she could get a good story out of the experience. As it turned out, her willful attempts at sabotage—flubbing her lines and cursing in frustration—were the very things that got her the part.

Chapman and Orr devoted the greatest amount of time to discussing her second book, They Came to Nashville, which will be out in October. Each chapter treats a different songwriter, some instantly recognizable the world over and some best known to those who pay close attention to Nashville songwriting. The book is the fruit of her first forays into interviewing—writing and performing has been her bread and butter these three-plus decades—and she posed the same six questions to each subject, questions like what brought them to Nashville, what they did during their first night in town and how, literally, they got here. After realizing the lineup was tilting heavily toward men from Texas who were older than her, she said, she made it her mission to search out just as many women.

Chapman read from the prologue and the essays that start a few of the chapters, offering a taste of the book’s untamed adventures. There was the wild car ride the night she met Emmylou Harris, the way her hair caught on fire the moment she was introduced to Billy Joe Shaver (due to candles, not spontaneous combustion), her account of trying to land an interview with Willie Nelson, an American icon who, she reminded, also happens to be a septuagenarian pothead.

When the talk turned to her new album, Big Lonesome—which was inspired by her late friend, the guitarist Tim Krekel—she played and/or described a few of the songs (“Tim Revisited,” “I’m Sick of Myself” and “Riding With Willie”), shed a few tears and slipped off her flip-flops, the final barrier of formality between her and the afternoon audience.

That night Lauderdale and Lynne played back to back showcases at the Mercy Lounge. Both of them have been making music since before there was an Americana Music Association; Lauderdale has, over the past several years, become the go-to emcee of sanctioned Americana events, and if Lynne is a rarer presence at the festival, she was no less of a welcome one.

As befit his ambassadorial role, Lauderdale was introduced by the AMA’s executive director Jed Hilly. Lauderdale took the stage with a droll, crowd-pleasing demeanor, and, throughout his set, delivered every syllable with directness and knowing eye contact. One of Americana’s most prolific recording artists, he’s very nearly averaged an album a year this past decade. For this set he drew heavily from his latest, Patchwork River—written with Grateful Dead lyricist Robert Hunter—though he also reached back to his early ‘90s major label days with “Divide and Conquer” from Pretty Close To the Truth.

Backed by a band that included pedal steel player Pete Finney and lead guitarist Eddie Perez, with guest vocals from Patty Griffin, Lauderdale staked out groove-based territory interspersed here and there with a bit of honky-tonk, but left the bluegrass—another style in which he’s often worked—for another night. “Patchwork River” was country soul-pop, “Jawbone” sinewy, humid storytelling funk, “Alligator Alley” swampy, hooky blues-rock and “Louisville Roll” easygoing, vintage pop-R&B. Unsurprisingly, Lauderdale proved a true entertainer; that he was also a fine country soul singer was something of a revelation.

Lynne had also switched gears from what she’d been doing the last few years. The spare instrumentation of her Dusty Springfield-channeling Just a Little Lovin’ and this year’s Tears, Lies & Alibis and their accompanying tours gave way to a plugged-in, turned-up performance, backed by a combo that included Ray Leago on keyboards, John Jackson on guitar, Brad Jones on bass and Rick Reed on drums.

For an expat whose career has seen a number of seasons and levels of success, Lynne seemed thoroughly at ease—both in front of a Nashville audience and with the entire last decade’s worth of her catalog. She mined her two most recent albums for the sultry “You Don’t Have to Say You Love Me” and the simmering “Breakfast in Bed,” the country blues number “Old Dog,” the pop songs “Rains Came” and “Why Didn’t You Call Me” and the ballad “Like a Fool,” which she introduced with the dedication “I’m gonna do this for every Nashville songwriter in the room tonight.”

But right out of the gate Lynne revived material from her 2000 breakthrough, I Am Shelby Lynne. “Life is Bad” sounded as tough-skinned as the recording, only with a tinge of reggae added in. “Leavin’” followed on its heels, more of a slow jam than ever. And later in the set she attacked her album-opening soul gem “Your Lies” with a sped-up tempo and greater intensity than the original. She even joked, in her way, about the bluesy sentiment of “I’m Alive” (from 2003’s Identity Crisis) “Here’s a song I wrote about being miserable—you surprised?” Lynne laced her performance with fiery, sensual vocal moments; that night she was on. 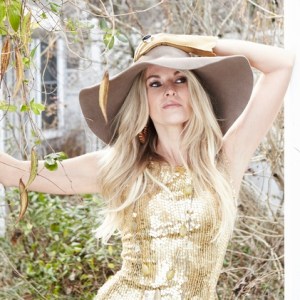