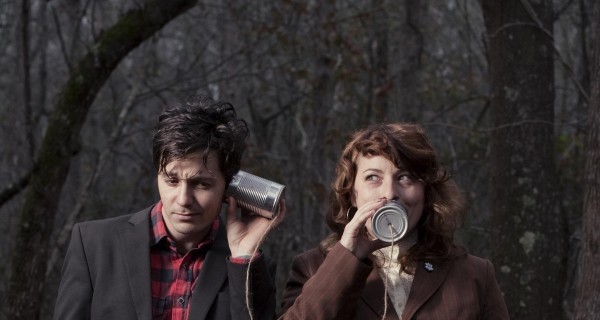 Before they formed Shovels & Rope, Michael Trent and Carry Ann Hearst traveled the country separately, with Hearst peddling her country tunes as a solo act and Trent serving as guitarist and frontman of the Films. They crossed paths often, both on the road and at home in Charleston, South Carolina. Eventually, the two began writing songs together, striking up a business relationship that quickly led to something romantic. They recorded an album in 2008, released it under their own names later that year, and got married in early 2009. It took a little bit longer for the pair to give up their solo careers, though.

“Birmingham” is the semi-autobiographical story of how Shovels & Rope became Shovels & Rope. Kicking off their second album with dual blasts of twang and harmony, it traces the pair’s story from childhood to adulthood, ending with the fateful car ride in which Trent and Hearst officially formed the group.

“After blood, sweat, and years of working on our individual projects, it was on a three-hour drive from Nashville to Birmingham that we finally decided to officially marry our separate careers and be a duo called ‘Shovels & Rope,‘“ the two explained to American Songwriter in an email, which they wrote — appropriately enough — during another long car ride. “This was, of course, not the easiest decision, because It felt like we were starting from absolute scratch, but we made the decision to go all in… and here we are.”

The ending came first. “On better terms since Birmingham” were the first lyrics written on the page. Working backward, the two built the rest of the song around that image, sketching out a detailed, rough-and-tumble story about two musicians crisscrossing the country in search of something great. What they find is each other.

“The characters are based on us,” Hearst and Trent added, “although you’ll have to guess who’s who.  They — as well as the rest of the song — are psychedelicized, cartoon versions of us and some situations that we may or may not have found ourselves in some years ago. It’s a story of two people working it out in the midst of turmoil, each faced with the decision to blindly sacrifice a part of their self for the good of the pair… and trusting that it would all work out in the end.”

Rock of Ages, cleave for me
Let me hide myself in thee
Buried in the sand
Five hundred miles from Birmingham

Rockamount cowboy in a rock and roll band
Plugged his amplifier in all across the land
Athens, Georgia on a Friday night
Saw that little girl, she could sing alright

Rock of Ages, cleave for me
Let my heart forget a beat
Why do you demand
Calling me from Birmingham

Made a little money playing in the bars
With two beat up drums and two old guitars
From the Crescent City to the Great Salt Lake
It ain’t what you got, it’s what you make

Rock of Ages, cleave for me
Let me hide myself in thee
Now I understand
On better terms since Birmingham 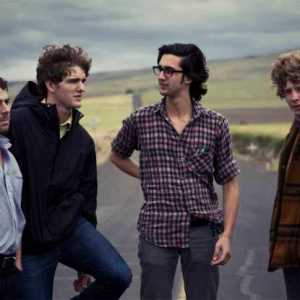 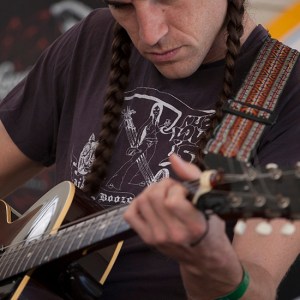