At its best, a marriage between two people is a support system. It’s a spiritual, cognitive and physical space where the participants can convene and be made better. And for married musical couple, Michael Trent and Cary Ann Hearst, who comprise the Charleston, South Carolina-born band, Shovels & Rope, their marriage is indeed a source of mirth and rejuvenation. It’s also a source of music and collaboration. The two, which put out their first record in 2008, got married officially in 2009, and their folk-blues duo began to take off a few years later. More recently, the two became parents to two children. Together, Trent and Hearst strengthen and magnify one another’s abilities and this multi-faceted, productive relationship is evident on the duo’s 2021 release, Busted Jukebox (Juicebox) Volume 3. The record is inspired as much by their kids as it is from the songs the duo loves.

“Our super powers have been amplified with each other,” Hearst says.

The couple’s new record is a collaboration between them and about a dozen other prominent guest artists who are also parents, from Sharon Van Etten to M. Ward and The Secret Sisters. It’s also a covers record that features tracks like the Beach Boys’ “In My Room,” Louis Armstrong’s “What A Wonderful World” and R.E.M.’s “Everybody Hurts.”

“It all comes down to a moment when we made Busted Jukebox one and two,” Hearst says, “and we realized it sounded like ‘Busted Juicebox.’ But it’s not so much a record for kids—it’s a nod to the existence of being musicians who share a life with kids.”

At its outset in the early 2000s, Shovels & Rope played old time music. But the secret to their sauce was the ever-present two-part vocal harmonies between Hearst and Trent. Whether fans like to call it Americana, folk or blues, the songs traditional harken to an essential part of the human spirit. Two people clanging on drums while singing and strumming strings is seemingly as old as time—yet, the duo is able to bring fresh lightness and levity to their sonic work.

“The nucleus of the band,” Trent says, “is rooted in the fact that we sing in harmony pretty much all of the time. Then we can use very little instrumentation. Or, sometimes, we use all four of each of our limbs to make as much noise as we can.”

Trent and Hearst met playing gigs in Charleston. Prior, each had found music at early ages. Trent had taken piano lessons and got himself hooked on a book of Christmas songs in Denver while Hearst enjoyed spinning 45s on her Fisher-Price record player and, later, 8-tracks gifted to her by her grandmother. The two later were part of a vibrant, though underground, music scene in Charleston. The two later got married on a rain-soaked day causing the dance floor to flood and their guests to drink happily like fishes. But after getting hitched, the two began writing together more often. They quickly found that people loved what they made.

“It was just this weird duo makeshift thing,” Trent says. “It was kind of blowing our minds how much people cared.”

While the couple, each of which had solo projects prior to linking up, took the group seriously, it was also something they could have fun with together. In a way, their strong personal relationship provided them the safety net to experiment and just enjoy whatever Shovels & Rope had in store for them creatively. Turns out, that included a couple American Music Association Awards as well as many fans, successful records and international tours.

“It just kind of took off, in a way,” Trent says. “Our scrappy duo that didn’t make any sense – people were loving that.”

Today, with the recent release of Busted Jukebox, the duo boasts eight records to their name. But there’s more to come. While in quarantine, Trent and Hearst have been writing and, they say, there is new music on the horizon. When it will be released, though, they’re not sure. Nevertheless, what is for certain is the couple’s earnest efforts to keeping positive mindsets in this rather uncertain, turbulent time.

“The mission is to always remain steadfastly reasonable and hopeful,” Hearst says. “Not cynical but not oblivious, either. We’re very much living in the moment right now. Our work life existence is a whole lot different than a year ago and while we’re having basically the least problematic quarantine, it’s just different. We’re focusing on things we can control.”

While the future is very much unknown, that certainly doesn’t mean it will be totally unforgiving. Together, Trent and Hearst are working to bring joy and song to each other, to their two children and to the world, by extension. That’s hopeful, by definition. And, in a way, that’s exactly what drew them to music in the first place, and what kept them in the art form decades later. In the music, there is great possibility and often that means a chance for a brighter dawn tomorrow.

“Music is an art form,” says Trent, “that you can to go for emotional healing. It makes me laugh, it makes me feel better.” 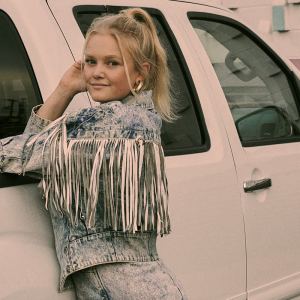 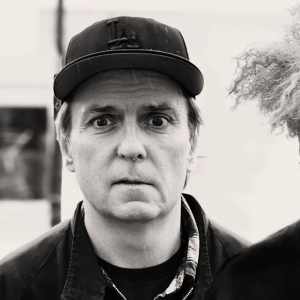