On a 707 airplane flying from Phoenix to Los Angeles, Merle Haggard wrote one of the most heartbreaking songs in his discography—“Silver Wings.” He was traveling with Bonnie Owens, his wife at the time, when inspiration struck.

“I looked out and those silver wings were just gleaming. I thought, ‘What a great premise for a song,’” he said in an interview with Uncut.

In “Silver Wings,” Haggard tells the melancholic story of watching someone leave and struggling to let them go. He mourns the loss of the relationship, creating a vivid image of standing in the airport and watching the one he loves fly away on the “silver wings” of an airplane.

Silver wings shining in the sunlight
Roaring engines headed somewhere in flight
They’re taking you away, leaving me lonely
Silver wings slowly fading out of sight

The music itself is simple, using the same three chords throughout the entire song. The lyrics, while full of emotion, are straightforward and repetitive—the chorus is repeated three times with only one differentiated verse to break them up:

Don’t leave me, I cry
Don’t take that airplane ride
But you locked me out of your mind
And left me standing here behind

The simplicity of the music and lyrics lends itself to the emotional depth of the song. In the scene that Haggard creates, there is nothing that can be said or done to change the outcome. The plane is leaving, and he is not on it. He has no choice but to watch it leave and learn to cope with the sting of abandonment.

Haggard also creates a stark contrast between what he is seeing—the glittering image of silver wings, shining in the sunlight—and what he is feeling: the sorrow of being left standing here behind.

“Silver Wings” debuted in 1969 as the fourth track on Merle Haggard & The Strangers’ album Okie from Muskogee. The album performed well, hitting No. 1 on the Billboard country album chart and No. 46 on the pop chart. It even earned Haggard the Country Music Award for Album of the Year in 1970. Despite the commercial success of the album, “Silver Wings” never quite made the charts on its own.

Although it was not an immediate hit, “Silver Wings” remains one of the most beloved tracks in Merle Haggard & The Strangers’ discography, which is clear from the song’s 6.5 million listens on Spotify and the more than 50 artists who have covered it between 1970 and 2018.

The song is simple, but Haggard’s emotional expression in grieving a lost relationship is what makes “Silver Wings” so powerful. The heartsick longing and desperation for someone to stay is universal, and Haggard’s lyrics continue to impact listeners over 50 years later. 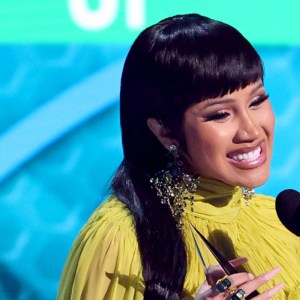