By this time, most have heard this catchy folk ballad, but in all probability, it’s still stuck in their heads. Sorrowful pedal steel pierces the heart of insatiable wanderlust and the one-two acoustic strumming cuts a rhythm like a restless heartbeat or a train chugging down the tracks as LaMontagne tackles the most epochal theme – and predicament – of the twenty-something: growing up to find out which dreams can be realized, and which have to be discarded. There comes a time to either “step in line like your daddy done” or abandon everything to carry out your great plans. It’s refreshing to hear encouragement for the latter in a beautiful, springy tune with as much promise loaded into the lyrics as a horizon stretched out before you.

No one really expects anything less than stellar from an Elton John-Leon Russell collaboration, which hasn’t happened since the ’70s. “If It Wasn’t For Bad” contains classic John piano melodies and classic Russell vocals. The opening church-choir harmony signals the distinct gospel influence that has worked its way into the song, and the rest of the album for that matter. The rough and the polished meet as Russell sings, “if it wasn’t for bad, you’d be good” in his bluesy twang over John’s grandiose piano playing which, over the years, has lost none of its flash or grandeur.

According to Cory Morrow, loneliness has different brands, and he’ll tell you all about his favorite kind in a hooky, string-and-steel-laden track of love lost from his autobiographical album Brand New Me. It’s the first album Morrow has made with his drinking and drugging days behind him, and it explores sobriety in the classic country style that pays homage to Morrow’s Texas roots. “This is some kind of crazy/I’m going over the edge without you,” Morrow sings, and yet he seems to be doing pretty well these days.

The Thermals – Personal Life – “I Don’t Believe You”

There’s nothing quite like the poppy hooks, grungy riffs and all-around instant gratification of indie punk, and Portland trio The Thermals offer a perfect example from the moment the guitars begin to shred and vocals follow with an upbeat repetition of “ah-ah-ah-oh.” The song revs up like Superchunk but still maintains a distinct melody with a lot of crunchy guitars and cymbal clashing. All this sunny pop punk, and yet Hutch Harris pleasingly over-pronounces, “There’s nothing we can do if I don’t believe you.” They must be the happiest cynics out there.

Nathan Williams speaks to misery from dark corners, asking for empathy in his “time of need” while the spirited guitar distortion, in contrast, makes for a fun dance song despite the grinding, almost atonal instrumentation. As you enjoy the sonic chaos and listen to the lyrics, you might start to think that Waaves’ acid trip isn’t entirely over. 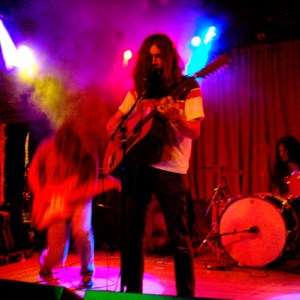 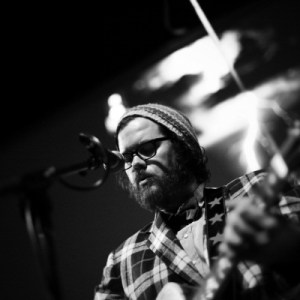