So much can happen in five years. After connecting at shows and local parties, the Exeter, UK-based The Loft Club, singer Daniel Schamroth, bassist Jamie Whyte, guitarist Sam Piper, vocalists Josie Stoneman, and drummer Kieran Chalmers, created their own musical clique and eventually started peeling back the layers of their sound, shifting from the tighter, indie-folk tinge of first EP, 2016’s Heart’s Desire, to something more sonic and expansive on debut Dreaming The Impossible.

Everything is in fine tune on Dreaming The Impossible. Fused in electric melodies, it swerves through narratives rife in love, loss, and perseverance. Opening on the more daydreamy, drifting title track, initially “Dreaming the Impossible” needed more work, says Schamroth, but was eventually fleshed out in the studio and ended up being the album’s opening track and title.

Filled with nuanced rhythms, riveting beats, and affective lyrics, “Dreaming The Impossible” reveals part of The Loft Club’s essence. There’s clearly more to unfold, steadily churning into upbeat “Heard Her Say,” which was perfectly complemented by a video shot at The Haldon Belvedere castle, through the swagger of “I’m Just a Man,” one of two Dreaming tracks revisited from Heart’s Desire.

Twisting around tales of “True Love” and “Baby You’ll Be,” a track written after Schamroth’s brother had a bad breakup, crooning As the sky rolls by, baby you’ll be fine, all is transfixed on love—something Schamroth admits he can’t break away from when writing. He and Stoneman’s harmonizing delicately tie “You Are The Sun” as everything builds around the more reflective “Made in England,” and acoustic-led “Flat Broke,” before closing on the other Hearts Desire track “Flicker,” which the band re-recorded with Lisa Loeb.

Produced by James Bragg the band recorded the album over two weekends at Middle Farm Studios, located in the band’s home base of Devon, southwest of London, picking apart songs, exploring different arrangements and instrumentation, and ultimately weaving together Dreaming The Impossible.

“Recording at Middle Farm Studios with James Bragg was incredibly fun, because we were able to incorporate the sound of some extraordinary vintage instruments,” says bassist Whyte, who found himself writing Rhodes, Hammond, and Wurlitzer parts around tracks, playing a baritone guitar, and tinkering around with an early ’80s Omnichord.

“You can hear that subtly washed through ‘You Are The Sun,’” says Whyte. “It’s like twinkly scintillations lacing the sun-drenched guitars. The effect of all the things we were able to play with in the studio isn’t any kind of imbroglio. It just creates a texture and detail within space. Each song is its own world in a way, and I love that.

Working with Bragg was a natural fit from the moment he asked the band to make a playlist of music that influenced them. “He started it really methodically, and I really liked that,” says Schamroth. “Even before we went into the studio together, he had a strong idea of what we were and our identity, even down to a guitar sound on a track.”

Recording reel-to-reel, Bragg gave the music a very vintage feel. “It just kept it old school as much as possible,” says Schamroth of the producer’s more experimentative techniques. “He’d go into the spirit of it all, and I think that really comes across.”

On Dreaming The Impossible many of the songs were already written in advance by Schamroth, the band’s main songwriter, who also released his solo album prior to The Loft Club. “A lot of the songs I wrote years ago, and just kind of had them in my pocket,” says Schamroth. “They’re kind of a collection of songs from different times.”

Love, an overriding theme on Dreaming The Impossible, is something Schamroth says he tends to write about often, but it’s unintentional for the most part. “I think that’s kind of my thing,” he says. “I do write about love. It’s just a subconscious thing. I think I write from an emotional place, and I always have. I have to trick myself into writing in a different way.”

Sometimes cleaning does the trick. “I can write anytime really,” says Schamroth. “I think it’s just about having the right environment. If I’ve cleaned the room, and I’ve done the Hoover-ing, then that’s normally a really good time for me to write some, because I feel like everything’s in order. “I’ve got my techniques, but there’s no tried and tested formula.”

In many ways, Schamroth says he’s old fashioned when it comes to songwriting. It’s simple. He likes a catchy song with a proper chorus. What he doesn’t get are the multiple co-writers on a song. “It’s just not for me,” he says “If an album comes out and there were 10 song credits on at song, did they all write a word each? When there are loads of writers, it dilutes the song. It’s like 10 people cooking a roast dinner. It’s going to end up being burned.”

He cites Elton John working and his lyrical collaborations with artists like Bernie Taubin. “I admire those kind of partnerships, because it still has a magic to it,” he says. “For me that’s what it’s about, just keeping the magic.”

In the end, The Loft Club just want to put out something they’re proud of. “Our music has a warmth to it—sonically and emotionally,” says Whyte. “We all need to pay attention to what’s happening in the wider world right now, but it can be exhausting and painful, and I hope this collection of songs can bring some lighter air into the soul, a crack of sunshine through the clouds, because we all need that too.”

Whyte continues, “We have a great mutual love and respect within the band, and I hope that that positivity emanates through the music in some way.”

At the moment, they’re still Dreaming The Impossible.

“It’s about making music sound authentic, in a way that as music lovers we would like to hear an album,” says Schamroth, who already has more songs for a second record. “We just want to get the record out in front of as many people as we can and hope it translates well.” 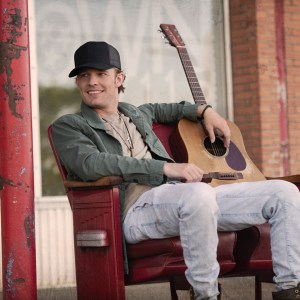 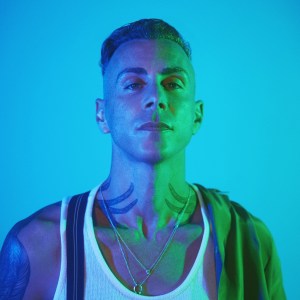