Some songs are propelled by a gripping story and/or continuous intrigue. The listener is put on a long and twist-filled path that leaves them with layer after layer of anticipation at the end of every verse. Then other times, the sound is what moves the song along and it’s about being invested in what the musicians can do to evoke listener emotion without speaking. As a band that embraces folk song honesty, pop melody magnetism, and sheer musical precision, Skout (Laura Valk, Guitar, Vocals; Connor Gladney, Guitar, Vocals) is no stranger to either of these creative approaches. That said, the New York-to-Nashville collaborative duo doesn’t dismiss the artistic leanings they have developed over the years.

“I feel like the number one thing that [Skout] prioritizes is feeling, which can kind of straddle both musicality and narrative,” Valk explains to American Songwriter from her residence in Nashville, Tennessee.

“But, you know, when I write lyrics, it’s always personal. It’s always drawn from stories that I’ve experienced. The details [in lyrics] can change among people but as long as we have a strong narrative story, I think that other people are going to really relate to that feeling.”

Most recently known for diving head first into anxiety, depression, social pressure, and other serious-but-often-hushed topics through their 2020 EP Patterns, and short film music video “Move,” this time Skout has opted to let sonic and performative artistry take the lead over an intense narrative filled to the brim with every idiosyncratic detail for new single “Nothing At All.” “This song, I think I wrote it three years ago; it’s an older song for [Skout] and, at the time, it was [about being] completely therapeutic,” Valk says.

“I know that’s what everyone says about music but, I was so distraught and confused and I needed a way to process what had happened and the way that I was made to feel. So, it was born out of a kind of necessity [more than anything.]”

The song tells a familiar, if not modernized tale of digitally unrequited love. The experience is recounted through the filter of internal reflection post-rejection, accompanied by the innocent longings for clarity, and hopes for consolatory connection. However, that’s not to say this new song contains nothing at all in the way of a valuable lessons learned, or unique personal growth when the music stops. It’s just a matter of Skout not spelling out every sentimental syllable in this story of one-sided affection. “It’s tough when you’re writing a song about a person who is in your orbit or is able to access you online,” Valk says. “You’re building an image of what this person is in your head via this digital footprint, and then you meet in person and nothing measures up or is even close to the image that you built in your head.”

In its more detail-oriented form, Valk’s experience, which has been a freely given anecdote during initial live performances of “Nothing At All,” involved boarding a greyhound bus, lots of visible sadness, and ending up emotionally dejected on the couch of a friend, laying beneath a brightly lit sign that—almost like a bittersweet joke from the universe—read “Good Vibes Only.” For Valk, the decision to hold back those details in the music came not just from a place of social caution but more importantly, from a place of intentional self-awareness—a theme that has become increasingly prioritized in Skout’s body of work.

“It’s a lot easier to be a little more vague in those situations [if you choose.] Like, instead of Taylor Swift’s “Dear John,” John Mayer writes [a song like] “Paper Dolls,” you know? It’s like, some [songs] are right on the nose and others, you’d kind of have to guess who somebody’s singing about,” Valk says.

“So for me I didn’t want [“Nothing At All”] to be too intensely specific so as to call this person out, who still might be in my orbit. If they hear it, it’s gonna be obvious [to them] but, as songwriters, it’s almost like having a platform or a louder voice where you get to be the one who dictates the narrative [of an experience]. And you know what? There is a little bit of injustice in that. Like the the other party doesn’t get to share their piece in the same way. I can remember all of the songs I’ve ever written, always being as conscious of that [reality] as I can. That I can have a very strong opinion but, you know, there are two sides to every story and it’s good to at least be mindful of that and how you present something.”

Regardless of the emotional space laid between Skout and the band’s personal reflections in “Nothing At All,” the song still projects a strong amount of emotion and provides tension for listeners. While the romantic pitfall painted in the lyrics isn’t by any means novel, elements like the minor chord at the end of pre-chorus, which pushes the melody in a decisively anticipatory direction, is nicely capped off by the fact that the tense chord in question lands on the word “feel.” That singular decision, as subtle as it seems, really drives home that the emotions steering the situation at any given moment, make up the crux of Skout’s challenge. “It’s a really impressionable moment [in the music.]” Valk explains.

Where the words and vision of the song’s setting stop, the instrumental melody and the duo’s signature vocal harmonies come bearing additional emotional power. “The song is based around juxtapositions and a lack of resolution. I mean that’s kind of what the situation is. And it’s a complicated situation where you feel both this admiration and this love towards somebody, [but] also, you hate their guts,” says Valk.

“I think that moment [in the lyrics], How little of me do you think? / That I’m not even worth a call?, is the first hint that [listeners] get at the situation that led to this moment or that led to this heartbreak,” she adds.

“And the response line of Don’t want your heart, just want to feel is in a way, I think, trying to [convey], ‘Oh I didn’t even need you.’ It’s almost me trying to justify my heartbreak [or] trying to prove that I’m fine like, ‘This isn’t even a big deal, even though I’m writing the whole frickin’ song on it.’ But I think that is an important part of understanding the situation. This wasn’t love and this wasn’t an end-all-be-all relationship but, it’s still frickin’ hurt.”

Dynamically, “Nothing At All” definitely steps back from the grandly layered sonic profile of the music found on Patterns, which boasts swaths of accentuating percussive tones, swells of reverb, and a cavalcade of different timbres coloring the music. Not hearing percussion cues like snare drum snaps and kick drum punch being used as the main punctuator of emotion and driver of timing, those new to Skout’s world might find the arrangement generally a bit reserved. However, those decisions, jointly made by Gladney and Valk, are in and of themselves another way Skout was able to tinker with the emotional versus musical prioritization of “Nothing At All.” The string pluck-based foundation keeps the music light, firmly balancing out the other affective tonal, melodic, or performative choices that come into play.

“Basically [Connor and I] started playing [the song] a lot at Sofar [Sounds gigs] and live shows. And typically when we’re touring, we play as a duo. So the best part about like having songs that are seasoned [from] live [performance,] is that Connor and I have had a chance to really like, work them out as a guitar duo,”explains Valk.

“The focus then is way more on the guitar and making sure to preserve that aspect of the song, [rather than] bringing in a soundscape that sort of transcends the guitar. And we try to do that with a lot of our writing.”

Interestingly, while the gradual stylistic maturation of “Nothing At All” played a crucial role in the course of its final arrangement, Valk isn’t past acknowledging the wisdom in considering the multi-platform experience different listeners might have when getting to know Skout’s music. “It’s so important for us to translate songs that you hear on Spotify with a full band, to seeing us live, playing as a duo,” she says.

“Let’s say you see Skout live, let’s say you love us, let’s say we’re the best thing you’ve ever seen,” she continues. “If you’re driving home and you put us on through Spotify, we don’t want [listeners] to be like, ‘Who is this?’ We’ve certainly used big drums on other recordings—there’s no question. But I think [‘Nothing At All’] felt so much like a story that, we wanted primarily to focus on guitar and vocals. That’s the quickest way to get the story injected into your veins and for the listener to feel it.”

All in all, though Skout turned to a more delicate schematic for their new single, “Nothing At All” still delivers a lot, both for those navigating the sad waters of lost love and for those songwriters seeking out a new, more unexpected, and less direct way—in Skout’s case, through irony made funnier with lots of hindsight—to convey the emotions and realities of this age-old dilemma of human living. “Irony is everything for this song. It’s that juxtaposition of expectation versus reality. [In fact], we made a really intentional decision because this relationship in the story was [about something] digital versus what is actually our analog reality. We [applied] the same [idea] in terms of production,” explains Valk.

“The concept of irony not only lives in the lyrics but it lives in the backbone of the production to where, what you’re hearing might be something that’s really cohesive and sounds studio quality but, we made this over Zoom.”

Still, even with so much meticulous thought applied to both the inner assembly and imminent outer experience of the song, Valk just as easily brings the core of this story back to its heart-fueled roots. In that way, regardless of whether its first heard live, online, or heard on a night drive home, anyone who connects with “Nothing At All” can find connection in its most fundamental idea.

“I think [‘Nothing At All’] is just so intentionally pointing out that two truths can exist at the same time,” says Valk. “Everything doesn’t need to be so binary and, complicated emotions are the rule not the exception.” 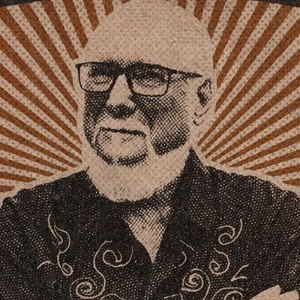 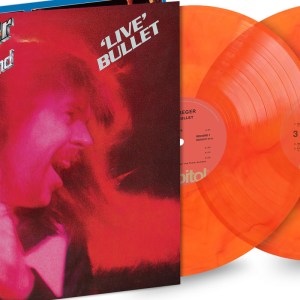