Pennsylvania-based folk duo, Native Harrow, emerges from their time in isolation with their dynamic take on a love song. Today, Devin Tuel and Stephen Harms premiere “Smoke Burns” with an accompanying video ahead of their fourth studio album, Closeness, due September 18 via Loose Records.

“I’ve never really written love songs,” says Devin, “and I wanted to start, but uniquely. I began thinking of different ways to explain how you might feel about a loved one, playing around with puns and metaphors in the song. I say that love is cutting like a knife and that smoke burns clearly.”

In the verses, the duo explores how love is manipulated by time and tragedy – ever-present components of the human experience. Lofty vocals and layered instrumentation display the ways in which love changes through those events.

They’ve taken their self-isolation seriously, but feel very fortunate to do so from their wooded home an hour outside of Philadelphia. In fulfilling this responsibility, they had to venture into the film production to breathe life into their singles. The stirring video for “Smoke Burns” features Devin beneath a lush mid-summer canopy. Behind the whimsical scene, Stephen holds the camera with one hand, whirling a smoke flare in the other, emitting blue hues of smoke to encircle the subject.

“It was an adventure,” says Devin. “We placed me in the forest with smoke swirling around to convey that there wasn’t another person there with me, but maybe the presence is lingering with the smoke. We discussed how love changes. Maybe, if it’s the right kind of love, you can enter this void or this place that you go. This idea translates into the video with the woods and the smoke. And I’m lost in all of that.”

The single is their third from the record, following “Shake” and “If I Could.” They delivered each of these with a music video, also self-produced. As more light-hearted selections, Devin and Stephen held a clear vision for the two, playing around with the production as they brought them to life. “Smoke Clears” however, was less a definitive image.

“Some songs either so personal or invasive in nature that it is hard to tell the story,” explains Devin. “I had an idea, but it would have required working with many people, so I had to change my vision, and use what we have at our hands, which isn’t a lot. But we were able to come up with something that still conveys the same message that we were originally going for.”

Closeness follows their latest record, Happier Now, very closely. Released last September, the duo self-funded the album to reward themselves with a creative project after touring for a couple of years. At the time, they had no prospect of signing a record deal, but when they did sign with Loose, they admit things got “brighter.” Closeness was engineered by Alex Hall (Neko Case, JD McPherson) and recorded over two sessions at Reliable Records in Chicago; three December days in the dying light of 2019 and the first three new days of January 2020. Similar to the process of making Happier Now, the sessions were firstly focused on documenting trio performances that captured Tuel’s master vocal takes live in the room, guitar in hand, with Harms on bass and Hall on drums.

“Everything changed in a lot of really positive ways,” says Devin. “I felt way less afraid on this record, sonically. With Happier Now, I was playing it safe. But with Closeness, I wrote such big songs that I had fun with Stephen and Alex putting tons of different layers of different instruments on it. I was writing songs I didn’t think were in my wheelhouse. I wrote a jazz song, which I never thought I could do. I’ve just become more brave with my choices, which is a great place to be. The deeper you delve into your artistic self and your creative mind, the more you have to let that ride because there’s a lot of wealth when you let go of the reins a little bit.”

Ahead of the anticipated release, Stephen is most excited to share “Carry On.” Reminiscent of a Bill Withers or Paul McCartney track, the song evokes a universal meaning when overlaid with the current context of 2020.

“When I hear it now, I can’t help it feel like it’s about coming out of this thing,” says Stephen. “On a day-to-day basis, I think we all see like we’re living in a horrible Groundhog Day remake. I was there when Devin “Carry On” and I know what she meant. I was there when we recorded it in December, but it feels like something different now. It feels like there’s a trajectory to it and I’m curious to see where that song goes and if people get as attached.” 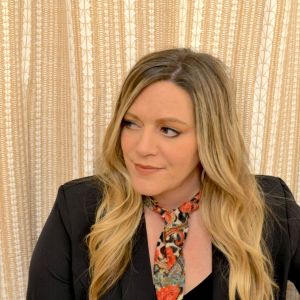 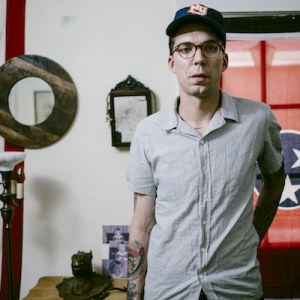