In over 25 years of being a songwriter, Snow Patrol frontman Gary Lightbody has experienced every possible way of approaching the art of writing songs. “From either staring at a blank screen, or being too afraid to even open up the laptop or pick up a guitar, to writing a song in 30 minutes,” he tells American Songwriter, over the phone from LA. “In all this time of being with the band, and writing songs before that, you would expect me to have seen most of the angles to look at it.” One way the Irish singer and guitarist hadn’t ever thought of? Teaming up with the band’s fans — an idea he began toying with during the enforced shelter-in-place order, resulting in Snow Patrol and the Saturday Songwriters: The Fireside Sessions, a 5-track EP that’s just been released, which you can order it here.

During the lockdown of this global pandemic, with all of Snow Patrol’s tour dates leaving Lightbody and bandmates guitarist Nathan Connolly and pianist and guitarist Johnny McDaid in limbo, Lightbody began playing cover songs for fans. Last year they released their Reworked album, which saw the Northern Irish rock quintet make over some of their most loved tracks. The sessions Lightbody was doing would draw comments and engage many of their most devoted fans. “I thought, ‘could this be a possibility — that someone could send lyrics in? Could this work?’” he says. “I thought I’d give it a go, I’ll give it a try. I even added in the message that I posted, telling everyone, ‘let’s not worry about if we write a song or not, let’s just have some fun and see if it works.’”

Soon a regular group of about 4 or 5 thousand people would join Lightbody’s Saturday Instagram Live each week and, well, write a song. “If’ I’m really honest, I wasn’t sure if it would be viable, because it’s such a large scale kind of way to do something that is normally an intimate process,” he says. “The very first one we got a song from it. The structure of it was established pretty quickly. I’d asked for chords, and they gave me chords. I just said, ‘pick a letter between A and G.’ And they’d give me a letter and I’d put a melody to the first 4 chords they gave me. And I did that four times, and then we picked the melody that we liked by voting on it.”

Then Lightbody, like a comedian gathering material for an improv session, asked for lyrics and wrote down as many as he could in 25 minutes. He’d go offline for 45 minutes to an hour, and put it all together. “I’d maybe add a few connecting phrases here and there but mostly it was the lyrics from the fans, who became the Saturday Songwriters — it was mostly from them,” he says.

The aim was to write 10 songs. They came up with 12, 5 of which made it onto the EP, produced by Iain Archer. “It wasn’t me just asking them for lyrics and then going off and just doing my own thing. It was an entirely collaborative process and it feels like a thing that could only have really existed in the way that it was done.” It created a sense of community at a time when many people were feeling the loss of going to live music shows and concerts. For Lightbody himself, who enjoys the banter that comes in between songs during a gig, the interactions kept him sane — something he hoped was also the case for those who took part, too.

The Saturday sessions also helped infuse Lightbody’s songwriting ability with a fresh approach. “One of the great things about people offering you lots of lyric ideas is that you don’t have to come up with the lyrics yourself!” the man who has given us stand-out tracks like the unofficial Grey’s Anatomy anthem, Chasing Cars and Run chuckles. “It’s a very unusual way to write songs, indeed,” he says. “But I feel really proud of it because I see how proud everyone involved in it has been.”

Certain themes started resonating in the words and ideas Lightbody was collecting from fans, evident in the song titles of the EP – from first single, Reaching Out To You, to, On The Edge Of All This, The Curve Of Earth, Dance With Me and Light Years. “Loneliness and isolation were definitely on the forefront of people’s minds, but also nature, being in the natural world and connecting with that, and what they wanted to do in the future, whenever everything opened up again. Things they were looking forward to — families that maybe they hadn’t seen, their friends that they would get to see. It was as much about isolation as it was about re-connection; about hope for the future, rather than worry about the current situation.”

Proceeds from the album will go to the Trussell Trust Charity, which supports a network of food banks that are providing emergency support to people in poverty. “I think hunger is the most important thing, because so many people have slid into poverty during the last 5 months. It’s the most benefit that any of this money could be used for,” says Lightbody. It was a suggestion he put to the Saturday Singers, and one they supported — an outcome just as rewarding, if not more, than working with one of the most established rock bands of our time. 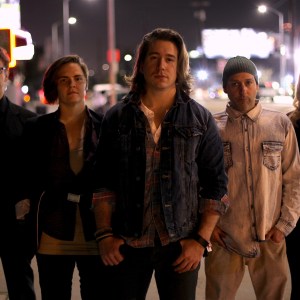 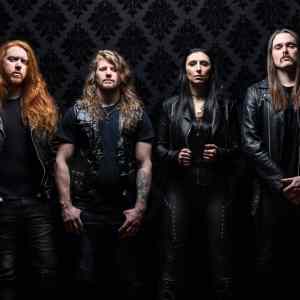