“Somewhere Over The Rainbow,” like so many classic songs, was born in Los Angeles. With music by Harold Arlen and lyrics by Yip Harburg, it’s become one of the most beloved songs in the history of American popular music.

Yet a rainbow was never part of the screenplay for the famous 1939 movie. It was entirely the concoction of Yip. He is the man who brought the rainbow to The Wizard of Oz. Knowing Dorothy would sing a ballad yearning for escape from the monochrome farmland of her Kansas home in the film’s opening sequence, the lyricist E.Y. “Yip” Harburg gave his collaborator, the composer Harold Arlen, a dummy title, a fragment of lyric to use to hang a melody on, a direction, a mood. As a symbol for all the colors unseen to Dorothy in her black & white world, he conceived the rainbow, although the word ‘rainbow’ is never used once in L. Frank Baum’s book. He handed Arlen a title: “I Want to get on the Other Side of the Rainbow.”

Arlen took that title and ran with it, composing the famous melody for the song . Yip, however, was less than pleased when he heard it, as he recalled in an interview late in his life. “I said, ‘My God, Harold, this is a 12 year old girl wanting to be somewhere over the rainbow. It isn’t Nelson Eddy!’” Arlen, although crest-fallen, labored all week to write a new tune, but nothing could match the power and poignancy of the original. He asked Yip to reconsider, so Yip asked Ira Gershwin for advice. Ira suggested Arlen abandon his grandiose piano accompaniment to play it instead like a pop song, and that that made all the difference. Yip relented.

But writing lyrics for it was tough, considering that Arlen began with a dramatic octave leap, hard to lyricize. Yip soon realized it would work by changing the line from the “other side” to “over the rainbow,” for the mellifluence of the long o, and that led him to the opening word, “somewhere,” which fit the octave ascension ideally. It was everything he wanted and more, and a classic was created.

Though “Somewhere Over The Rainbow” is his most famous song, and one of the most famous songs ever written (declared the “Number One Song of the 20th Century” by the NEA and the “number one film song of all time”  by AFI), he’s written lyrics for many other classics, including “April In Paris,” with music by Vernon Duke, “It’s Only A Paper Moon” with music  by Arlen, Groucho Marx’s signature song “Lydia The  Tattooed Lady,” also with Arlen, and “Brother, Can You Spare A Dime,” written with Jay Gorney.

That Yip wrote “Dime” is significant, as unlike many of his contemporaries writing Broadway musical songs, Yip’s songs were about the common man, reflecting an America beyond Broadway, the America of  breadlines, poverty and the downtrodden. He affirmed the political symbolism he found in Oz —  the scarecrow heartland farmer who feels he’s too dumb to think though he has abundant wisdom; the factory worker so dehumanized by the assembly lines of modern times that he’s reduced to a tin man with no heart. Even “Ding Dong The Witch Is Dead” rings with the exultation of the little people rejoicing at the fall of a tyrant.

A dedicated socialist his entire life, even his name represents his politics. Though born Isadore Hochberg and called Edgar Harburg as a kid, he became Yip not for the Yiddish name Yipsel, as if often assumed, but for YPSL, an acronym for Young People’s Socialist League. Born in 1896 on Manhattan’s Lower East Side, he attended high school with his pal Ira Gershwin, who shared his love for the ingenious lyrics of  W.S.Gilbert of Gilbert & Sullivan. They attended City College together, after which Yip went to work in a Uruguay factory rather than fight in World War I. “He did not believe that Capitalism was the answer to the human community  and that indeed it was the destruction of the human spirit,” said his son, Ernie Yarburg, “and he would not fight its wars.” After the war he came home, got married, had two kids, and became a co-owner of an electric company. When it went bankrupt following the crash of 1929, he was destitute and desperate. Like many others in those circumstances, he turned to songwriting.

Via Ira Gershwin, Yip hooked up with the composer Jay Gorney and began writing Broadway musicals. The lyric for “Brother, Can You Spare A Dime” was originally written to the tune of a Russian folk song Gorney used in the show “Americana,” and this became the anthem of the Depression, a song both remarkably colloquial and poetic, rooted in the plight of the American everyman who built the railroads and skyscrapers, fought in the army, and was now on the skids, his hand outstretched.

He wrote a multitude of Broadway musicals, and also songs for movies. But never did he forsake his political conscience.  Besides Oz, his most famous show is “Finian’s Rainbow” (with music by Burton Lane), which examined American racism and broke precedent with its racially integrated cast and chorus.

Though he won an Oscar with Arlen in 1940 for Best Song, the blacklist kept him, and scores of other artists suspected of being Communists, from working in movies from 1951 to 1962.

Though he’s famous for his songs from Oz, few know he also wrote much of the dialogue in the film, and conceived the integration of the songs into the plot five years prior to Rodger & Hammerstein’s Oklahoma received acclaim for this exact innovation. Yip was also the final script editor, conducting the rhythms of the narrative exactly as he had for years in Broadway shows. “There were eleven screenwriters,” Ernie Harburg said, “and [Yip] pulled the whole thing together, wrote his own lines and gave the thing a coherence and unity which made it a work of art.”

Though he died in 1981, his work is forever woven into the fabric of American culture, and his promise of a land over the rainbow is as alive today as when he conceived it seventy years ago. 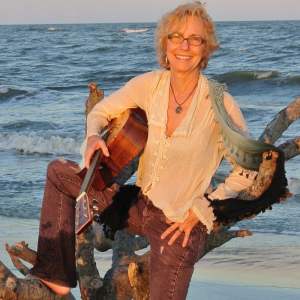 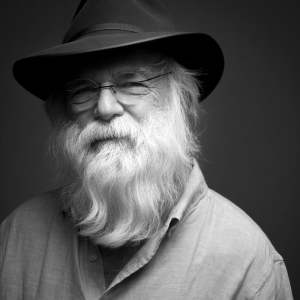