Welcome to “The Music Lab,” a new column powered by SongTown and featured in American Songwriter every month.

One of the most noticeable style shifts in songwriting over the last few years is the emergence of chorus-like hooksin verses.

For the longest time, if you had a memorable and “hit” sing-a-long chorus you were golden. Your chances of finding an audience for your songs were pretty good. Even if you were the Beatles, Garth Brooks, Van Halen, or Michael Jackson, you needed a great chorus to grab your radio or streaming audience. At concerts, your choruses needed to lift people out of their seats, get them dancing in the aisles, and singing every word at the top of their lungs.

But today, writers in every genre are leaning more and more into hookier verses. In more than one pro writing room, I have heard it said “songs need some type of hook—vocal or instrumental—every seven seconds!”

This is by no means a new phenomenon. Hooky verses have been around for decades. The Bee Gees, known as one of the most prolific songwriting teams in history, described their songwriting process like this: “We write four choruses, and then figure out what order to put them in.” Now, that is the very definition of creating hookiness in every section of your song!

We have countless devices at our disposal as songwriters for creating chorus-level hooks in the verse, but let’s take a look at a couple that you can incorporate quickly into your writing.

Legendary pop writer/producer Max Martin is a master at this technique. Take a listen to the verse of Taylor Swift’s “Bad Blood” tune from her 1989 album. Yes, do it now! 🙂

If you tap that pattern out on your desk, you will notice the beginning of the next line does the same rhythm cluster…

In fact, each line of the verse begins with this same pattern. A few of the lyric syllables are stretched over two hits to keep the pattern going. However, for the most part, the rhythm pattern is followed throughout the verses. This creates a super memorable rhythmic hook—the kind often found in choruses.

Check out “Shake It Off” from the same album and find another example of this technique used by Martin and Swift. They have a repeated five-note rhythm pattern throughout the verse.

Let’s take the rhythmic repetition hook to the extreme and team it up with lyric repetition. Traditionally, the title of a song is often repeated over and over in the chorus, right? But more songs are doubling down on that and including the title in the verse as well. Take a listen to Lady Gaga singing her song, “Million Reasons.” She sings the title in the chorus—and look how many times she sings it in the verse!

This device allows Gaga to sing a full two verses before her chorus or bridge kicks in (depending on whether you call this an AABA or Verse/Chorus song structure). In essence, these verses feel as hooky and weighty as a chorus. Notice that no matter where the title falls in a line, it is sung with the same rhythm and melody notes…adding yet another repeated hook element.

Florida Georgia Line’s hit song “Dirt” is another innovative example of adding your title/hook to your verse. The writers knew that the title of the song would not appear until you listen all the way through the verse and chorus. In fact, it’s at the very end of the chorus. That’s a long time to wait to get to the point of the song with the lyric written as a series of mysterious statements.So, the solution? Place the title at the middle and end of the verses with a background vocal, as opposed to the lead vocal. This makes it feel as if it’s the answer to a riddle.

You get your hands in it
Plant your roots in it
Dusty head lights dance with your boots in it (dirt)
You write her name on it
Spin your tires on it
Build your cornfield, whiskey
Bonfires on it (dirt)
You bet your life on it

Once again, this technique of placing the title at the middle and end of a section is most often reserved for choruses. But, adding it here is a super hooky way to create a fresh modern verse approach.

C-ya ’round The Music Lab, write on!

Clay Mills is a six-time No.1 hitmaker and multi-Grammy nominated songwriter/producer. His songs have been recorded by major artists in country, pop, rock, dance, bluegrass, and gospel. His voice and songs have also found their way into national ad campaigns and movie soundtracks. He co-founded SongTown, the world’s leading songwriter education site, with fellow hit writer Marty Dodson. Clay is as passionate about teaching songwriting as he is about writing himself. Visit SongTown.com for 10 free videos! 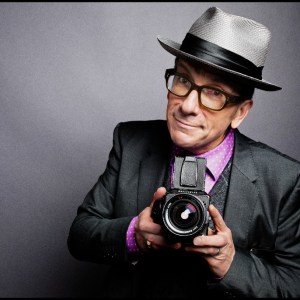 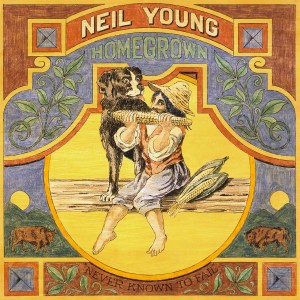