Guitarist Marc Ribler, musical director for Little Steven and the Disciples of Soul, steps into the spotlight with the release of “Shattered,” a driving East Coast heartbreak rocker oozing West Coast Laurel Canyon style. The song, the lead single from his upcoming full-length The Whole World Awaits You (co-produced and arranged by Steve Van Zandt), premieres exclusively today on American Songwriter.

Listen to “Shattered,” below:

“Shattered” chimes with a jangly 12-string Rickenbacker, crunchy open G riffs, punchy slide guitar, a bed of pristinely layered acoustic guitar tracks and Ribler’s plaintive, near-broken but head still held high vocals. If you miss Tom Petty and the classic sound of world-class musicians playing together for the song, you’re sure to be smiling and singing along to “Shattered.”

Its accompanying B-side “Hand Me Down,” with its minor key vibe and tabla percussion is an equally impressive modern-day take on the exploratory sounds of the ‘60s, spiced with a Hollies feel and a blistering guitar and violin solo call-and-response section.

“I grew up on that music,” Ribler tells American Songwriter. “Steven jokes, ‘you’re going to make me love the Eagles!’ That’s not really his thing. He’s more of a Byrds fan. The rest of the record has that Americana California sound as well.”

Ribler has spent the last seven years as Steve Van Zandt’s right-hand man, serving as musical director for the 15-piece R&B-influenced Disciples of Soul band. Van Zandt keeps the band busy, whether it’s recording or near non-stop touring. Needless to say, with that much responsibility, and his dedication to making sure the music is the best it can be, Ribler’s attempts to release a new record were put to the back burner until now.

“Shattered” has its origins as a country song, written years ago with songwriter Christina Aldendifer to pitch for other artists to record. As is the case, the song sat in limbo until Ribler began compiling a track list of potential songs to record for a new release.

“Christina and I wrote it in 2010. It’s one of those songs that just felt good,” Ribler said. “I had been going down to Nashville a lot at the time to co-write. It was the first time I had written with Christina and we wrote it on the first afternoon.”

“That song was written to get a cut placed in Nashville,” he explains. Both Ribler and Aldenifer count themselves as strong lyricists who were able to easily bounce off each other’s creative input. They wound up writing the bulk of the song that day and then finished it via email.  “It’s nice when there are two lyricists. When we made the demo, I liked the way it sounded, which doesn’t always happen for me.”

Ribler reveals the song was originally written as a much mellower country song. When he resurrected the song, he experimented with a few different ideas. “It really found its voice and it became this other thing when I started the open G Keith Richards sounding guitar part and added slide guitar.”

The Brooklyn-born Ribler moved to New Jersey at a young age, growing up in rural Jackson, a few miles from the famed seaside beach town of Asbury Park. A phenomenal guitarist, he released two solo records, found a niche in the New York City scene and supported several artists as guitarist and producer. A mutual friend introduced him to Van Zandt, who quickly recruited him into a re-tooled Disciples of Soul project.

In 2017 as the Disciples Soulfire tour was wrapping up, Ribler re-focused his efforts on putting together his own album. He brought in Disciples band mates Rich Mercurio (drums), Andy Burton (organ, keys), and Jack Daley (bass) and recorded fifteen songs at New Jersey’s Shorefire Studios in three days, with engineering by Joe DeMaio.

“I did preliminary mixes and then we went on tour again for, basically, another three years.”

While on tour, Ribler devotes all his energy towards Van Zandt’s artistic vision for the show.

“Steve would send me notes about the show that night, what songs we might add from his repertoire.” The band would also add songs on the spot with little rehearsal, such as when Chuck Berry, Tom Petty and Malcolm Young passed away, and the band wanted to pay tribute to their heroes. “Eddie Manion (sax and horn section leader) and I would scramble and make sure everyone had the music. We’d get to the hotel, learn the song and then rehearse at the venue. There’s very little time for anything else.”

After the last tour, Ribler was on the phone with Van Zandt and told him he was mixing his own record, which piqued the Rock and Roll Hall of Famer’s ear. “He said he would love to hear it. I sent it to him and he loved it. We worked on some arrangements together virtually and over email. And he said he wanted to put it out on his label, Wicked Cool Records.”

Funny enough, Ribler adds, it wasn’t the first time he had sent this music to his boss. “Charley Dayton, who played drums on our first tour with the Disciples, suggested I send my initial rough mixes to Steven, which I did back on an earlier tour. I sent him a Dropbox link. Obviously the timing wasn’t right, in the craziness of the tour schedule (laughs). So, I try and keep things compartmentalized and separate my work from my role as his music director. Steve’s got a lot going on. I can’t imagine being him and having the energy to do anything else.”

Ribler credits Van Zandt for making invaluable contributions to the material on The Whole World Awaits You.

“He’s really good about cutting to the chase. I’m better at doing that when I’m producing other people’s songs. But when it’s your own material, you become married to things you shouldn’t be married to- you’re going to divorce them eventually! It was so vital having Steven’s decades of hit making experience as a sounding board for feedback in making this record.” 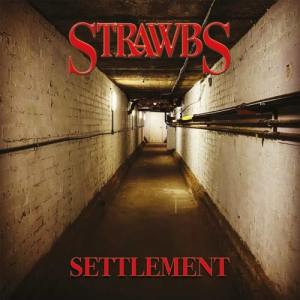 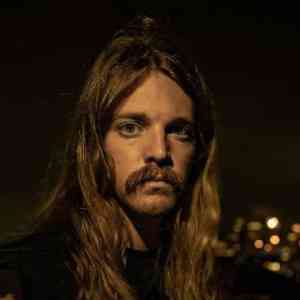