If Dave Cousins, Strawbs’ cofounder and chief architect, seems to come across as cross and curmudgeonly at times, it’s not without reason. After all, when you’ve remained at the helm of the same band for over 50 years and managed to procure its brand and sound throughout its various changes and transitions, you have every right to exert your will and resolve. Indeed, it’s that self-contained angst and anguish that clearly defines the Strawbs’ signature sound.

All those qualities are present here yet again, on the band’s latest opus, Settlement, a set of songs underscored with the same smoldering sentiments that marked the band’s most inspired efforts early on, Hero and Heroine, Bursting at the Seams and Grave New World being the most obvious examples.  As always, it’s the quivering tone and tremor of Cousins’ edgy and intensive vocals that define the music for the most part, bringing the same sternness and solemnity to these proceedings. He brings a decided gravity that demands to be addressed, specifically stated in the ominous title track, the dark and unsettling “Strange Times,” the foreboding tale of “Champion Jack,” and the stirring anthemic instrumental “Chorale.” Of course, that sense of desire and desperation come as no surprise, considering the fact that the album was recorded in the grip of the pandemic while the world was suffering through what is arguably the most uncertain period of the post-war era. As a result, it’s little wonder that several of these songs reflect the tone and tenacity that’s been so prevalent throughout the globe over the past twelve months.

Indeed, even those offerings that may not seem as ominous or auspicious at first—the brooding “We Are Everyone” and the haunting, somewhat harrowing “Quicksilver Days” in particular—hold to that darker demeanor.

Likewise, with the latest long-running version of Strawbs still in tow—Cousins, guitarist Dave Lambert, bassist Chas Cronk, drummer Tony Fernandez and keyboardist Dave Bainbridge—that patented Strawbs sound is, of course, well imbued. The return of band alumnus and former bassist John Ford, as well as special guests Cathryn Craig and bass player Schalk Joubert (with whom David Cousins performed rather recently) does nothing to detract from that template.

Of course, there’s the other side to that folk/prog amalgam through which Strawbs made their mark early on. The fanciful reflections echoed in “The Visit” as well as “Flying Free,” the lilting instrumental that follows, recall the group’s original roots as a band that paid past heed to tradition, even while deciding early on to pursue its own muse.

Ultimately, it’s the cheery calypso flavor and uplifting sentiments of “Better Days” that offer a hint of hope. With that in mind, this particular Settlement ought to be one that long-time fans find easy to accept. 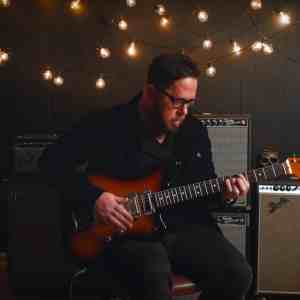 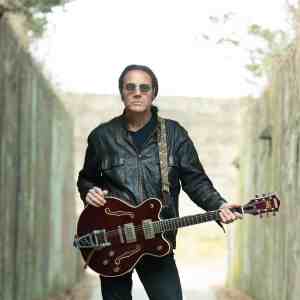