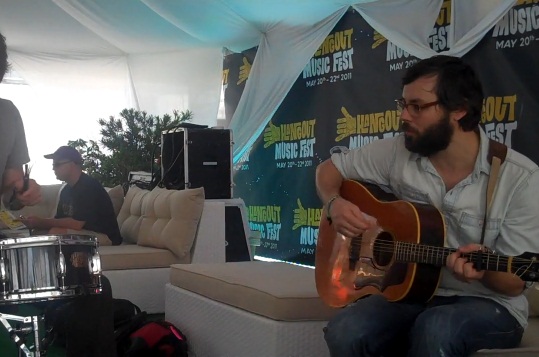 We first met up with Jon Black at the Hangout Festival last year, after he filled in for Jerry Jeff Walker at the last minute on one of the main stages. Since then, the Birmingham musician has been a busy man, having self-released three EPs in less than a year. Black’s songs have also appeared on prime-time TV shows like 90210 and The United States of Tara. He’s currently at work on his full-length debut for Dualtone Records, which is set for release later this year. Check out his backstage performance of “My Love Is With You All The Time” below, from his EP The Wrecking Ball.

You played the inaugural Hangout Festival last year. Does it seem like a bigger beast this year?

It’s way bigger. People know about it now. It’s not a hidden gem, it’s not a hidden secret. The lead up to it was a lot more involved on my end, from a production [standpoint]. This is a full-on force now, but it’s great. I’m excited to be here.

How long have you been rehearsing for this gig, and when did you find out you were playing Hangout?

[I found out] just right before they did the initial release, I think at the beginning of the year. We’ve been rehearsing probably for the past month. We have a lot of different variations. Some people live in Nashville, and some people live [in Birmingham]. I’ll go up to Nashville and play shows with this guy. So it’s kind of like sending tapes back and forth. So about a month.

Tell us about the song you just played. When was that written?

That was written right after last year’s Hangout Festival. It was on an EP I put out last year called The Wrecking Ball, a song called “My Love Is With You All The Time.” It’s just like a floaty, dreamy love song I felt like I was due to write.

You have a full-length coming out on Dualtone Records in the near future.

Dualtone has been awesome. They want me to keep doing what I do, which is write and record at my house, and play as much as I can. We released some EPs last year, so we’re going to take the best of those and put them on [the album] with some new songs. I’m kind of writing and recording and finishing up the new songs. The problem is I have to always draw the line because I could keep going. I have to give myself a deadline.

I did three last year and the fourth was supposed to be released back in April. But, because of Dualtone, coming on with them, I was kind of re-strategizing…so we’re going to take that last EP and piece [the LP] together from that.

Is that something you’d looked at doing for a while?

Yeah. My friend Drew Holcomb had some success with that, and he pointed me in the direction of Dualtone, which is kind of how our relationship started, with just licensing. They landed Private Practice. A week later they got the call from 90210 and a week later they got The United States Of Tara. At that point, they took a step back and said: “How can we invest more in you? And are you interested in investing more in us?” So it was a great partnership that was formed. I don’t think I could’ve gotten there without that kind of door opening.

I don’t think they have a Peach Pit like they used to. I was kind of bummed because I was hoping if they did I could play the Peach Pit and then I could go to the Flaming Lips and be like, “Hey guys, we both played the Peach Pit.”

You were also on this compilation [The Wind Will Carry The Voice Of The People] benefiting the victims of the Alabama tornadoes. Did you write the song “Tangled Trees” specifically for that?

I did. It was just my account of watching the live coverage of Tuscaloosa getting demolished. I’d never seen anything like that, other than in the movies. It really felt surreal to watch those tornadoes, and at that point realizing that it was coming straight for Birmingham. We spent a few hours in our basement that day.

You wrote the song that day?

Yeah. I had kind of been playing with this melody and this idea and realized that the first line that came out of me was “tangled trees.” So I was like, “This has to be about the tornado.” So I just sort of chased it…

In Alabama, you get tornado warnings but you never really see anything. We weren’t expecting it to be that bad. What was so cool about the compilation, other than paying percentages to PayPal and Bandcamp, is 100 percent of that goes to the Red Cross. We were well over $1,000 last time, which I think is a great thing, and we’re trying to find someone to match it. It’s been cool. Matthew Perryman Jones is on there, whom I love.…Brooke Waggoner. It’s really good stuff.

Click here to hear the benefit album The Wind Will Carry The Voice Of The People and make a donation. 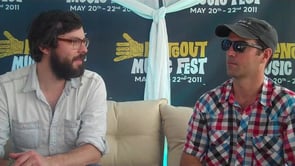 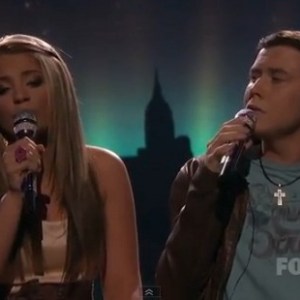