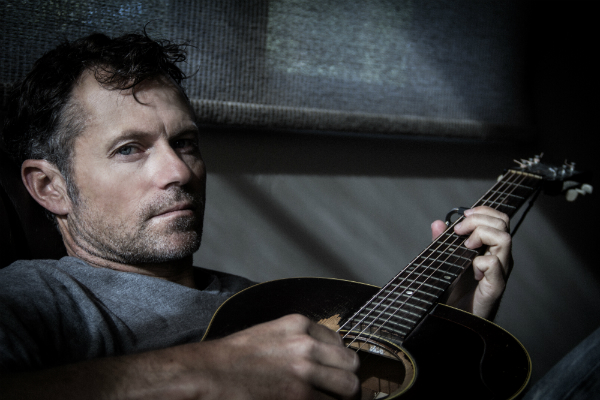 Songwriter and author Alex Woodard is releasing the second installment of a book & music project called “For The Sender.” Out today, “For The Sender: Love Is (Not A Feeling)” draws inspiration from real life people and tells stories of love and loss.

I used to take the subway downtown to work every morning when I lived in a little loft apartment a few steps away from Fenway Park in Boston. As I watched people getting on the train at each stop, I’d dream of writing songs, making a difference, maybe not being so alone. Here I was in this cramped space with all these people, still alone.

Sometimes I’d wonder what these people’s lives looked like: what they were going home to, if they were frustrated or happy or alive, or just getting by; if they were living ordinary lives, or doing something extraordinary. Back then I thought there was a difference.

I’d get to work, head into my cubicle, and search the felt walls for some sort of lighthouse to guide me out of the fog of being adrift between a job I didn’t like and a dream I hadn’t yet breathed enough life into. But when I got back to that little loft apartment, I’d breathe the best I could, writing and re-writing songs in the echoes of my heroes, and teaching myself to play guitar one chord at a time.

My story from there is one of many singer-songwriters who chase the dream hard, trading mind, body, and spirit for hope, only to find themselves alone in a hotel room after another empty gig in a town far away from anything that looks like home, wondering if they’ve been chasing a ghost all along.

A little over a decade into the chase, in a hotel room in Chicago, I let go and went home.

And that’s when everything changed.

I’d received a letter from a woman I didn’t know named Emily. The letter was deeply moving and I wrote a song about it with my friend Sean Watkins called “For The Sender,” about how a letter is like a prayer in that it’s often written more for the sender than the receiver. It was the first time in a long time I’d written about anything outside myself, and Sean sang the song. Nothing about it was about me. At least that’s what I thought at the time.

I sent Emily the song and her response was so touching that I was inspired to write another song for her. I showed her letter to some friends here in my neighborhood, all of who’ve had their own success in different corners of the business. Jordan Pundik from platinum-selling New Found Glory, Sean and Sara Watkins from Grammy-award-winning Nickel Creek, Jack Tempchin (who wrote ‘Peaceful Easy Feeling’ for the Eagles and a string of other hits), and a few other folks all liked the idea of writing songs about letters.

This is where For The Sender started, this book, album, and concert experience with songs based on letters and their backstories, which has been my lighthouse for a while now. I didn’t know what the finished project would look like at the beginning, but I loved the process of writing with these people from different histories and genres. I’d never really co-written much before and I learned to adjust my approach on a song-by-song basis, depending on the writer I was working with. Jack’s approach was sitting on the couch, playing his old Martin guitar and talking until he hit on something. Jordan would walk around the room belting out melodies while I played guitar.

And songwriting was fun again.

As the project unfolded in front of me, I found myself writing a book with my own story woven through the letters I’d been sent by four other people and the songs I’d written in response. This first For The Sender book and album were born a couple of years ago. We’re releasing the second one this month, called For The Sender: Love Is (Not a Feeling), with Jordan, Jack, and now Molly Jenson as part of the project.

These new letters and stories, and the songs about them, show what extraordinary things can come from ordinary lives, because the letters are from people like you and me, who are playing beautiful hands with the cards they’ve been dealt.

People who could have been sitting next to me on that subway back in Boston, when I had a dream that never came true. 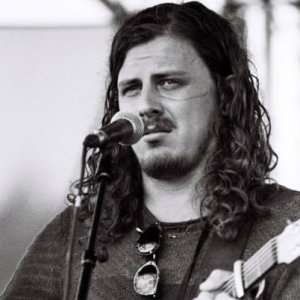 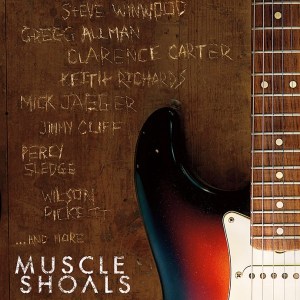