To get a compulsory license, the interactive service must send the publisher a “notice of intent.”  This is a document that notifies the publisher that the service is intending to use a sound recording of the song. This way, the publisher or publishing administrator has a record of where their composition is being sold or used.

Once the publisher receives a Notice Of Intent, it doesn’t need to do anything else or sign any contracts for the interactive service to have a license. The interactive service having sent the Notice Of Intent causes the license to happen. Under this license, every single time a recording of a song is streamed, the publisher is owed a royalty called a “mechanical royalty” (NOTE: There are a few exceptions where no royalty is due; for example during a non-paid consumer trial subscription or from a “preview” clip).

A direct license is what it sounds like – the publisher, or the entity representing them, enters voluntarily into a direct deal with a music service.

There are different reasons one may enter into a direct deal with a service. It may include an audit clause. It may allow you to receive a higher per-stream royalty than you would receive under the compulsory and/or to get paid under a different time-table etc.

What If I Did Not Get a Notice Of Intent Or Enter Into a Direct License?

If a recording of your song (either your own recording or someone else’s) is available in an interactive streaming music service, and you did not get a Notice Of Intent OR enter into a direct license, then that service is infringing on the composition copyright because it does not have a license to use the composition.

How Are Royalties Required To Be Paid?

Next, under the compulsory license, publishers are required to be paid accurately on the 20th of the month for the previous month.  For example, October mechanical royalties are due on November 20th.

If the publisher is not paid directly and accurately on the 20th of the month, the interactive streaming service is in breach of the compulsory license.

What is the Interactive Streaming Mechanical Royalty?

In the US, the mechanical royalty rate for on demand streams is based on an extremely confusing formula created by US Congress. The short version of it is: the music publishing administrator is to be paid their pro-rata share of 10.5% of the gross revenue the service makes each month minus the expense of “public performance.”

The interactive streaming music services must also provide royalty statements that show how they calculated the mechanical royalty that month.

No. Almost all of the interactive streaming music services do not have any infrastructure or desire to facilitate payments to the thousands of individual publishing entities. So, they hire third party companies to do this for them.

Google Play does this itself, in-house, with a service it owns called Rightsflow.

Each month, the digital services provide a list of every sound recording stream that occurred in the digital music service in that month to these third party companies. This list is called a “Usage Log.” The list is somewhere between 28 and 31 millions songs and grows every single month.

The third party company must:

What happens if the Interactive Streaming Mechanical royalty is not paid on time or is paid inaccurately?

If the interactive streaming mechanical royalties are not paid on time and/or inaccurately, the publishing administrator, or an entity representing it, can send a legal notice to the interactive streaming service giving them 30 days to “cure” the problem. If the services do not account accurately and make payment within those 30 days, they automatically lose the “compulsory” licenses to the compositions.

If they lose the compulsory license, they CANNOT LEGALLY USE THE COMPOSITIONS unless the publishing administrator, or an entity representing it, issues them a direct license under whatever rates and term it wants.

If they continue to use the compositions without a license after notification, it is considered willful infringement. At that point they can potentially be sued for up to $150,000 per infringing use.

Why does this problem exist, and what can be done about it?

One of the major problems is the lack of an audit clause in the compulsory license.

In other words, music publishers do not get to know who is getting paid what money, which sound recordings are not mapped to compositions and how much money was generated that is not being paid out. How can publishers know if they are being paid accurately if they don’t have access to review these records?

Next, large copyright stakeholders (big labels/publishers) were paid very large advances and/or were given equity in many of these streaming music companies. Therefore, the problems of late and inaccurate payments are not their problem. If they did have those problems, something more likely than not would’ve been done about it.

The third reason is the lack of transparency in the current system. Instead of working with publishers to allocate these mismatched and unpaid royalties the money either falls into a black hole or gets paid to the wrong publishers.

Finally, many digital music services are unwilling to invest the time and resources to ensure they have the needed licenses and can make accurate and on-time payments.

Since many of these services seem unable or unwilling to fix this problem, IAMP’s goal is to provide publishers and the digital services a solution. Our commitment to fixing these problems is exactly why we’ve been granted to the right to work with so many large publishing catalogs.

The future of music use and consumption is digital streaming. It’s going to grow. Let’s fix the problem now before it gets worse than it already is.

Yes, it is going to take hard work, time, resources and money to fix these issues. If they think that’s hard, they should try being a musician, songwriter or music publisher.

Want us to get your money?  Get started at IAMP. 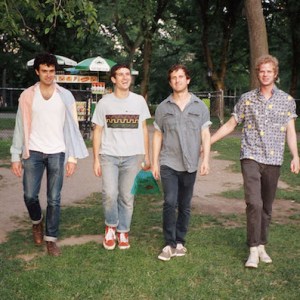 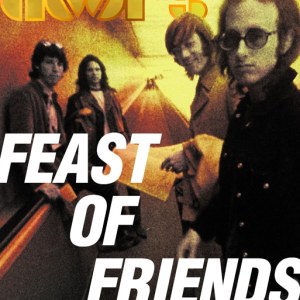