I’ve been in love with guitars for around 60 years. The first one I had either had Roy Rogers or Gene Autry on it, but I never learned to play that one. It was just part of the cowboy outfit. Even before I paid much attention to my dad’s guitar, I loved to look at the Silvertone electrics in the Sears & Roebuck catalog. My favorite one was a black semi-hollow body with 3 pickups. Captain Glisson of the Memphis Police Department used to come to Sherwood Elementary School and play “Lady Of Spain” on a guitar just like the one in the catalogue. I was enthralled.

My dad bought me a Silvertone acoustic with nylon strings for about $40, and that’s the one I learned to play on. The “F” chord gave me fits. I got so frustrated with it, I quit playing for a whole summer, then redoubled my efforts in the fall, finally getting all the notes clear on my four string “F” chord. I didn’t find out ’til later that the action was unusually high on that guitar.

I would stop by Berl Olswanger’s Music on the way home from school and drool over the Fender electrics. They’d even let me play them. Wow. Those Stratocasters really caught my eye (and ear). I decided I was going to save my money as long as it took to get a Stratocaster.  However, my dad helped me out and I was soon able to get a real Fender Duo-Sonic. It smelled great. There was just something magical about the smell of a new guitar and the case. I learned Ventures and Duane Eddy songs. I had started playing in garage bands, and envied the other kids who had Gibsons and Gretsches and, of course, Stratocasters.

The next guitar I bought was a black Telecaster (someone had spray-painted it black) from Nathan Novick’s pawnshop on Beale Street. I think I paid $60. I was still playing that guitar when I joined The DeVilles, who later became The Box Tops. In the earliest Box Tops photos, I was playing that one. The vintage guitar market did not exist at that time. A ’54 Strat or a ’59 Les Paul was just an old guitar. Nobody wanted old guitars. And remember, they were less than 20 years old at the time, anyway. Big deal.

Then, a remarkable thing happened. “The Letter,” our first single, was in the Billboard Top Ten. Then it hit #1. Incredible. I now had money for the first time in my life. I went back to Berl Olswanger’s and bought … not a Strat, but a white Tele with a Bigsby. I bought a couple of Twin Reverbs, too. I was in heaven. Then we got a Vox endorsement and got “Super Beatle” amps. We didn’t even know that the AC30s were the good ones.

My good friend Larry Gresham had bought a new Gibson 335 in ’65, and I bought it from him in ’67. I still have that one. During the three years that The Box Tops recorded and toured, I played a black ’64 Strat, a couple of Danelectro electric sitars (for “Cry Like A Baby”), a ’64 SG, a blue ’68 Strat, and a Gretsch Tennessean. I still didn’t own a good acoustic.

By this time, Mike Bloomfield, Eric Clapton, and Peter Greene were playing old sunburst Les Pauls, and all of the sudden, everybody wanted one. The prices quadrupled almost overnight. I went looking for a Les Paul. At the time, my search was confined to Memphis. There was no eBay or Craigslist. I couldn’t find a sunburst, but I found a ’53 goldtop for $400. And that was a lot of money to pay for an old guitar. Goldtops weren’t even considered collectible at the time. I also got a 1960 Les Paul with three pickups and gold-plated everything.

In 1968, our van was stolen from in front of the Hotel Vendome in Boston. The ’60 Les Paul, the ’64 black Strat, two Marshall stacks, and two electric sitars were my share of the stolen equipment. The ’64 SG was stolen in New York City. The Marshalls were too loud, anyway. I bought two new Super Reverbs.

In 1969, I bought a 1954 Strat for $150 from B.B. Cunningham of The Hombres. It was just an old guitar. Nobody wanted them at the time. The serial number was #0505. After The Box Tops broke up in 1970 (for 27 years), I did studio work in Memphis and Atlanta and still had some of my nice guitars. Before I left Memphis, I bought a 1964 cherry red Gibson Johnny Smith. What an incredibly beautiful guitar. I tried to use it on sessions, but the sound just didn’t work for anything but jazz. Some these guitars were used to play on recordings; some got stolen; some got sold. But I’ve only covered the first three years of my 47-year career. To find out what happened to the ’54 Strat, stay tuned. 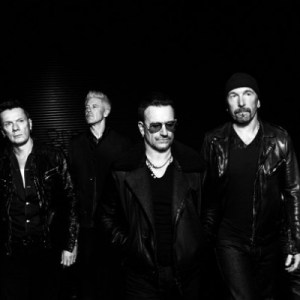 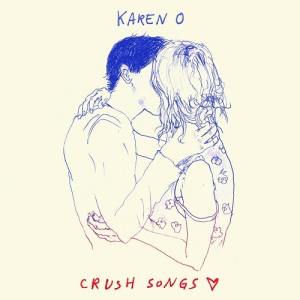