John Rich didn’t realize that a career as a songwriter and artist was even a possibility when he grew up in Amarillo, Texas. It was when family moved to Tennessee, within hailing distance of Nashville, and he wrote a song for a high school crush, successfully winning her heart, that the die was cast.

Rich has built one of those hyphenate careers that most artists envy. Take for example his Redneck Riviera brand, which he copyrighted back in 2008 and now encompasses a honky-tonk in Nashville, whiskey, barbecue sauce, and boots, all while the philanthropic arm contributes mightily to Folds Of Honor, a charity which provides grants to college kids who have lost a parent in combat. “What’s something that millions of people all feel passionately about and can get behind?” Rich says of his idea for the brand. “Work hard, play hard, respect your country, look after your military, chase the American Dream of life, liberty and the pursuit of happiness. That’s what the brand stands for and it’s doing very well.”

For all his multi-layered success, Rich believes that his songwriting is at the core of it. In a recent interview with American Songwriter, he spoke about the origin of some of his co-written smash hits, his touching new single, “Earth to God,”and his advice for young writers looking to break through. Here are some of the high points.

On the power of songwriting:

“You can put anything you want on this page. It may not mean anything to anybody, or it may change the world. You have no idea, but that’s the awesome power.’ And their eyes were bugging out. You apply that to your career, which is what I have done. Anytime that my singing, my artist’s career went off the rails, hit a wall, wasn’t doing well, I dug myself out of those holes with a pencil and a piece of paper.”

On being a songwriting “sniper”:

“Somebody gives you a target and they say, hey, we need this kind of song for this artist for this date. You go sniper-write that song. You customize it for that exact purpose, and a lot of those songs that I’ve written have made it. Faith Hill is a perfect example of that, where she came to me one day out on the road when we were touring with Tim McGraw in 2004 and she said, ‘I wish you’d write a song for me.’ I said, ‘I’d love to write a song for you. What do you want to sing about?’ And she said, ‘Write a song that would only make sense if I sang it. It wouldn’t even fit anybody else. Kind of like ‘Redneck Woman’ for Gretchen (Wilson), but I’m not a redneck woman. Only Gretchen can sing that. I want one like that.’

“So we’re on tour and I’m observing her behind stage with flip flops and cutoffs and a ballcap with her kids. And then she walks out on stage in an evening gown and diamond earrings, singing ‘It’s Your Love’ to 30,000 people, and then walks off the stage and 30 minutes later she’s in her flip flops again. And I realized that’s what her fans don’t know about her. She’s really just a ‘Mississippi Girl.’ So I started that song with a line that only made sense if Faith sang it, which is ‘It’s a long way from Star, Mississippi.’ I knew when I finished writing that, if she didn’t like it, I better throw it in the trash, because nobody else was going to sing that song.

“I’ve been given a lot of interesting challenges like that over the years, and I really enjoy it. I think that plays into being a producer, being able to understand who it is you’re working with. Don’t take away from what they’re doing, try to add to it or polish it and amplify what’s really unique about an artist. You can do that through songwriting, through production, through mentoring. You can do it in a lot of different ways. I’ve had it done for me and I’ve been able to do it for others.”

On understanding the artist for whom you’re writing:

“Getting to know an artist and understand what’s important to them and what they care about, what turns them on, what turns them off, what they’re trying to get across in their music, understanding them as much as you can before you start creating for them or with them, is critical. That was the key to Gretchen Wilson. Gretchen sat down with me one of the first times we ever wrote and said, ‘I’m not a songwriter.’ I said, ‘Why, don’t you have anything to say?’ She said, ‘I have plenty to say. I just don’t
know how to say it.’ She points at my television which is on CMT and there’s a Shania Twain video on and says, pointing at Shania, ‘I’ll never be able to do that. I’ll never be that pretty, I’ll never be that slick, I’ll never be that pop. If that’s what it takes, I’ll never make it. I’m just a redneck woman.’

“I said, ‘Gretchen, don’t you really think a lot of Loretta Lynn?’ She said, ‘Of course, she’s probably the greatest that ever did it.’ I said, ‘Why?’ And she said, ‘Because she didn’t give a damn. She just said what she thought.’ I said, ‘That’s what you need to do. Instead of trying to sand off your rough edges, you ought to put a magnifying glass on your rough edges. Because tens of millions of people will identify with that and they’ll say, ‘That’s our hero. I’m her. That’s my girl.’ If you got enough guts to say it, I think you can be a huge deal.’ She said, ‘Ok, let’s say it.’ And about 45 minutes later, we had written ‘Redneck Woman.’

“There’s a lot of different ways to approach songwriting depending on the job at hand. When I’m writing with and for another artist, I go into their mind and their world voyeuristically into what they’re trying to do, and I try to add to it. If I’m writing for myself, then it’s coming straight out of your chest. I think that any professional writer will tell you that they pull from different palettes depending on what the job is at hand.”

On writing rhythms as well as words and music:

“People ask me how the songs enter my mind. They ask is it the lyrics first or is it the melodies first. It’s generally gonna be words first for me. But what I find is it’s words that land on a rhythm. If a certain line comes into my head, it might not be some earth shattering line. But it enters my head in such a way, with a certain meter tapped into those words, where you can sing it to a beat and the beat is already there. So you craft the song around that initial seed of that song idea. ‘Save A Horse, Ride A Cowboy’ (by Big & Rich) was like that. Silliest song ever, right? But everybody loves it because you feel like you can just cut loose when you hear it.”

“My biggest advice to an up-and-coming writer, if you get an opportunity to sit in a room with a superior songwriter, you better show up with pages and pages and pages of well-developed ideas, of choruses that you’ve already written. I’m talking notebooks full. Because nothing is more disrespectful to a big-time songwriter than a brand-new guy or girl with nothing, looking at the big-time writer saying, ‘Write something great for me.’ It’s like, ‘no, what ideas did you bring to the table, and I’ll help you craft those ideas.’ That’s how it’s supposed to work.”

“From experience, I have sat with a lot of up-and-coming writers and artist/writers that have walked into the room and said that same thing to me, and buddy, it bends your mind out of shape right out of the gate because it’s disrespectful. I’ve spent my whole life getting to the point where your manager or your record label would want to send you into a room with somebody like me to do a specific job. You need to know what you want to talk about and have some stuff developed.”

On his new single “Earth To God,” inspired by the chaos of current events:

“The thought that I had was ‘What do we have in common anymore?’ I thought, ironically, the thing we have in common is that none of us can control what’s going on right now. No matter if we disagree with each other or not, none of us can control what we’re seeing happening outside of our own windows. And we also have in common that we’re all created by God and he’s right there. If you reach out and talk to him, he’ll respond. I had this image of an old, World War II army guy sitting behind a CB radio, pushing the button down and saying, ‘Earth to God, come in God.’ And what does Earth want to hear God say? ‘This is God. Come back, Earth.’ That’s what we want to hear.

“That thought was so striking and so simple to me. I thought, well, I’ll just write down what was in my head. It was about 25 minutes and here is this extremely simple lyric that I didn’t even feel like I wrote it. It was a very rare feeling as a songwriter. I don’t think I’ve ever had that feeling of the 2,000-plus songs that I’ve written—that it was programmed into my mind and came out through the pencil. It’s not a hit song or anything like that. It wasn’t written to be a hit song. It was written to get that message out there.”

On being a free agent in the country music world:

“When you don’t have a record deal and you don’t have a publisher, and you can sit down and write something like ‘Earth To God’ and put it out there and millions of people get impacted by it, that’s a huge feeling for an artist to have—you are not beholden to someone’s calendar, budget, schedule, opinion, none of it. Honestly, as an artist, I’ve never felt like I’ve had more freedom than I have now, because nobody can tell me I cannot do something. That’s an incredible feeling. Most people would say, ‘He’s glad that he doesn’t have a record deal?’ You bet your ass I’m glad I don’t have a record deal. It’s like Johnny Cash would say, it’s ‘like a bird out of a prison.’ That’s what it feels like.”

On his favorite part of songwriting:

“The most fun to me is to sit in the room with other extremely creative people, pour a cocktail, and hang out for seven or eight hours—the camaraderie of it, the excitement of creating something new, the energy that gets passed back and forth between these different personalities. It’s almost like a transference of energy between the writers. It’s a very healthy thing for a creator to be around other creative people, whether you write Song of the Year or not. Most of the time that’s not what you’re writing. Most of the time you’re writing a song that nobody’s ever going to hear. But that’s kind of the fun of it too. You don’t know where this thing might wind up, because you’ve seen a few wind up in some pretty big spots. It’s an exciting process. 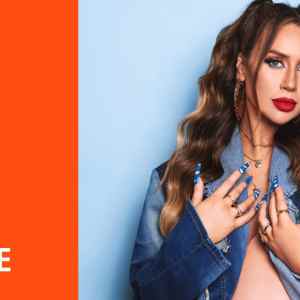 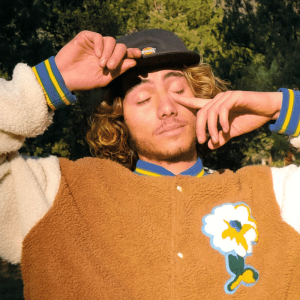