If Logan Ghiorzi’s music were a meal, the recipe would call for a generous helping of coming-of-age, a dash of FOMO, a sprinkle of summertime movie montage and a healthy dose of earworm potential. His most popular song, “Let’s Get Lost” embodies all of that and more.

As an artist, Ghiorzi possesses both authenticity and passion, two things which landed him an opportunity with Live2, a TikTok-based brand dedicated to the talented underdogs of the music industry.

“I first heard about Live2 when one of their main team members, Patrick O’Neill, had reached out and told me he loved my song ‘Let’s Get Lost’. He told me a random account had submitted it for their playlist ‘Art Not Algorithms’ and soon after that, the team ended up actually putting it on the playlist,” Ghiorzi explains.

Live2 helps undiscovered artists jumpstart their careers through an initiative entitled, “Music Video Couch” that gives anyone the opportunity to submit a song for the chance to be flown to L.A. and have a music video filmed free of charge.

Ghiorzi’s song, “Let’s Get Lost,” was chosen, and the music video in which he can be seen befriending an animated monster, is out now.

Despite the exciting prospect of a budding career, Ghiorzi shares that music isn’t just a numbers game for him, but in fact something that’s influenced him his whole life.

“I was raised in a musical background, so it was very easy for me to choose that I wanted to continue what my family had started and blessed me with. Being that I had a lot of equipment readily available from my family’s past, it was only a matter of time ‘till I really got invested in music,” he says.

“I want to learn everything I can about music and through what it teaches me. It’s personally a way of escape and will never change due to the number of listens or plays it has,” Ghirzi adds. “Inspiration is always through what I’ll take away from it and how it will help me let go of things or help me gain them.”

This attitude toward the craft of music is something that is inherent within Ghiorzi, and shines through on tracks like “Let’s Get Lost” where he infuses a genuine ease to his songwriting and production style.

Ghiorzi says about “Let’s Get Lost,” he had never written anything faster or with such hyper-focused inspiration despite almost scrapping the idea entirely just minutes before.

“I wrote the base melody and wasn’t sure if I liked it at all,” he says. “I ended up recording it and looping it and tried for the longest time to write to it until I realized I hated the melody and wanted to move on. Before completely giving up, I had FaceTimed a close friend of mine to try and tell him all the time I wasted. Before he picked up, the words ‘let’s get lost’ randomly hit me on top of the head and I immediately hung up before he answered and ran with it.”

The track itself encapsulates the idea of carpe diem and not letting negative feelings confine our mental space, something Ghiorzi says he needed reminding of too.

“I made the song to really remind myself and others living in the moment is the best thing you can do for yourself sometimes,” Ghiorzi says. “I take it as a form of meditation to put yourself in a completely new area or environment, to change your whole train of thought, and make you take that breather from everything that’s going on.”

In this way, Ghiorzi is a rare artist who seeks to foster positivity while pursuing his passion and excelling at it.

Check out the “Let’s Get Lost” music video below. 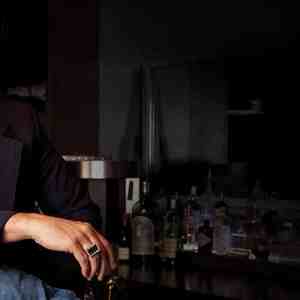 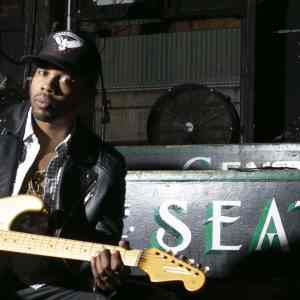