Most of us would love to get a cut, just one, that actually shows up on a chart and that we might hear somebody humming in a supermarket someday. Then there are people like Los Angeles-based writer Amy Powers who have had the kind of success that the rest of us only dream about.

Powers is an Emmy- and Annie-nominated lyricist and melody writer whose songs have appeared in the theater, in animated projects, in Oscar and Tony-winning productions, and much more. She’s provided two dozen songs for Mattel’s series of Barbie movies, and has co-written cuts by the likes of Barbra Streisand, Alabama, Diamond Rio and Christian group Avalon. Her first major project was working with Andrew Lloyd Webber on the smash musical Sunset Boulevard, and her lyrics are featured in the musical of Doctor Zhivago, which has been running in Australia and is set to open soon in Korea. She’s practically a corporation all by herself. But lest one think she’s only doing it for the money, think again, as she already had a career as a practicing Harvard-educated lawyer before she ever wrote a single line of a song.

Powers also co-owns Pitch Perfect, a demo and consulting service for developing artists in the L.A. area. Somehow, Powers was able to find a few minutes to answer some questions for American Songwriter about how she does it all and manages to have a marriage and a couple kids on top of it.

The first question that just about anyone might have for you is, How in the world have you been so successful at writing for so many different genres and types of projects?

One key has been finding fantastic collaborators in each genre. People who have drilled down in a particular musical space. They always steer me towards what’s authentic for that type of music. For example, Michael Korie and Lucy Simon, my co-lyricist and composer on Dr. Zhivago, are Tony-nominated and winning theater writers, respectively. Matthew Tishler and Michele Vice-Maslin, my frequent tween/teen collaborators, have songs on Disney and Nickelodeon all the time. Rob Hudnut, my collaborator for the last 10 years on Barbie, is a songwriter-turned-executive at Mattel – so he has the four-to-seven-year-old girl perspective down pat. Interestingly, our producer/co-writer is Gabriel Mann, who is a genre-hopper like me – he is the composer for ABC’s Modern Family, among other TV shows, as well as a member of Universal’s acclaimed band The Rescues. And so on. Also, being a lyric/melody writer, or topliner, is the least time-consuming part of the business. I don’t produce, which is where the real hours are. Lastly, I go where the energy is. I don’t limit myself. I see myself as a channel.

How have you made and maintained such diverse relationships that have led to the contacts necessary to make it in so many areas of the business?

I’ve just been myself. And I’ve let my work speak for itself.

Have you worked hard at it – in other words, been extremely social and not passed up a chance to make new friends – or has much of it been happenstance?

Both – it’s sort of a “then and now” situation. Then – years ago – I did a lot of things beginning writers do to meet other writers, artists, producers, A&R reps, music supervisors and so on. ASCAP has great events and workshops. That set a lot of things in motion. Almost too many things! I had to sort through a lot of situations – not all of them great – until I found the ones that really worked. Now – since I’ve had my sons – my time with them and my husband is my top priority. It’s hard to get me to come out to see a show at night, or do a meeting in the after school hours, or spend even 10 minutes with anyone I don’t feel like I relate to. But my connections keep expanding. I’m a Facebook/e-mail type. And I type really fast. People introduce me to people they think I’d work well with. And I’m generally very open, curious, and interested in people. I meet people everywhere. Some of them turn out to be in the music business. It’s not really about knowing everyone. It’s about knowing the right people…or knowing people who know the right people.

You’re obviously someone who makes the most of every minute, and you seem to be able to churn out quality lyrics and melodies at a pretty astounding rate. How do you tap into such a far-ranging muse?

Thanks for the compliment. The music is the easy part – the business, not always! I just assume it’s possible – do a lot of yoga – and only work with people who really inspire me. I ask to be a channel, and I don’t limit where and how. It wasn’t always like this…I spent years learning to get out of my own way and just let it come. I rewired myself internally. And it’s what I’m here for, well, one of the things, anyway! Look, I didn’t even write my first song until I was nearly 30 years old. When it happened, the thrill was electric. I knew immediately this was something right. So what I do is ask for, and allow, the circumstances that will get me that electric feeling as often as possible.

With so many different types of projects going at any given time, how do you stay organized?

I have an amazing assistant. I could never do this all on my own. Thanks to Ally – and Dropbox, Google Docs, and a multi-color-coded calendar – things don’t usually fall through the cracks. I can say, Ok, here’s this new song, please pitch it to these music supervisors, that library, that editor, etc. … and it’s done. To have someone who will say to you, “Did you remember to…?” and “Did you want me to follow up with…?” is invaluable. My master list has a musical theater column, a kids’ music column, a pop column, a film/TV column, a tween column, and more. And of course, being a mom is my #1 gig – always.

Any how do you compartmentalize what you’re doing to keep, say, a Barbie song from interfering with something you’re working on that might be more mature?

I had a Bikram yoga teacher who used to tell us to use “laser beam focus.” It must have sunk in. I don’t have a long attention span, but I’m good on the quick switch.

What advice would you have for someone just pulling into L.A. today who wants to write songs for any of the music worlds you’re involved in? Is there one special tidbit you can offer them, or is it all different depending on the direction they want to head in?

Obviously there are vast differences between, say, writing for the theater – where you might want to start by attending the fantastic Disney/ASCAP workshop headed by Stephen Schwartz, then introducing yourself to the folks who run The Academy for New Musical Theater in North Hollywood – and writing for pop, where you might want to book yourself in immediately for ASCAP’s I Create Music conference, to choose two examples. But you still have to do the same basic things: find your people, be open, expect challenge, sidestep drama, put in your 10,000 hours … and always have a financial plan B!

You’ve collaborated with some pretty heavy hitters, from Nashville’s Steven Dale Jones to the legendary Andrew Lloyd Webber. Who do you want to collaborate with next, be it for pop music, Broadway or whatever?

I want to do more with the people I already write with – I love them all! I’m so looking forward to 2012. I have my “go to crew” – I’ve mentioned a few already. And my great producer pal Alex Geringas is living in Glendale now, so we don’t have to coordinate L.A. to Hamburg Skypes anymore. I’m lucky to be doing a musical for the State Theater of Austria with composer Martin Lingnau. Russ DeSalvo, Jeff Bova, Carly Greenberg, Arden Kaywin, Jose Cancela, Jesse Weeks…not to mention my youngest collaborator, Emily Bear – her music is just all heart. I know it’s unusual to want what you have, but there it is.

And what artist do you secretly desire to get a cut on?

You mean voices I have a crush on? There’s always a few – right now that would be Adele, Bruno Mars, Michael Buble, and Australia’s Emmanuel Kelly – he’s coming to my house next month – can’t wait! And this year I was so blessed to have Anthony Warlow perform our Dr. Zhivago … I could never get enough of his voice. But I usually don’t think in terms of artists, I think in terms of songs. I’m more apt to think, I’d love to write my “I Can’t Make You Love Me.” My “Somewhere Over the Rainbow.” I’m looking forward to writing my “Under the Sea.” My “Tomorrow.” My “Imagine.” And of course my “Red Solo Cup!” 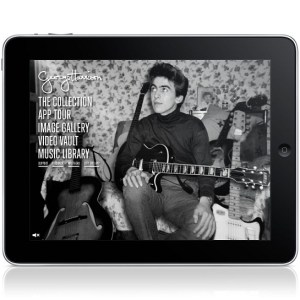